Home » Dick Strawbridge shuts down Escape to the Chateau tradition ‘It’s not happening!’

During an episode of Channel 4 show Escape to the Chateau, Dick Strawbridge and Angel Adoree began the restoration on their dream family home. It took the couple four years and several trips to France before they fell in love with Chateau de la Motte Husson and decided to buy it within an hour of viewing it a few years ago. Dick and Angel revealed they had big plans for the Chateau after admitting they wanted to turn it into a business, which would go on to sustain their simplistic lifestyle.

During Dick and Angel’s property search they initially thought their budget of £300,000 would buy them a small country cottage.

Although, because French property prices were so much lower than they thought the couple were able to get a lot more for their money.

For that price, the couple got a 45-room Chateau, set over five floors. The property also came with 20 acres of land, a walled garden and an orangery. 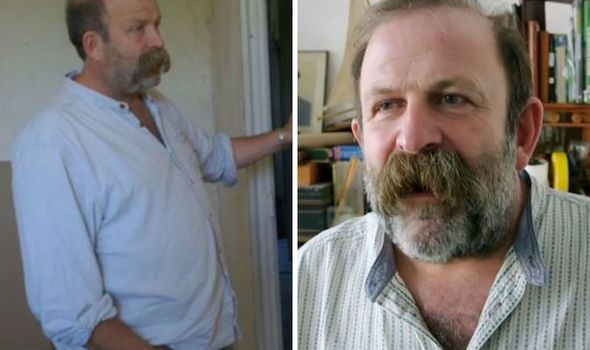 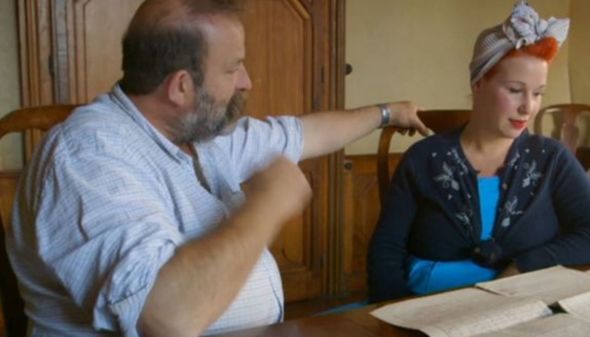 During the first series, Angel and Dick embarked on their journey to find their home and they were blown away by one particular Chateau as soon as they drove up the driveway.

Despite being impressed by the exterior, Dick instantly noticed the Chateau needed a lot of work done including the plumbing and the heating.

After buying the Chateau, Dick and Angel began the planning for their renovation project.

However, the couple soon realised it was going to be much harder than they initially thought.

They had set themselves a budget of £20,000 to spend on the renovations, although the plumbing and heating alone set them back £18,000. 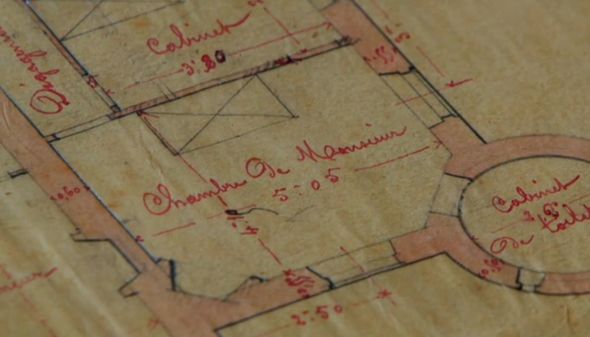 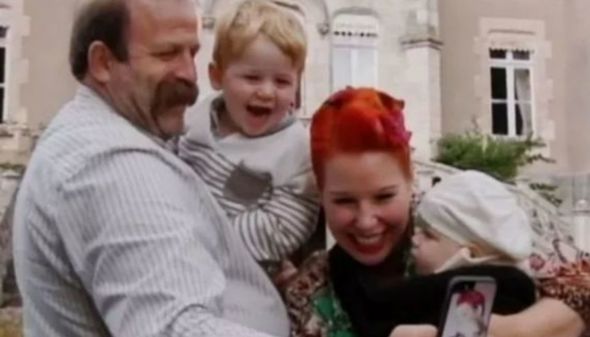 The second episode of series one saw how engineer Dick got to work on the structural plans, while Angel explored their home as she looked for old treasure.

In order to keep the heat in, Dick had to work out how he was going to fix the decaying windows.

“The detail is phenomenal,” he began. “The amount of work that’s gone into them.

“They’re really quite special. Having said that, they’re falling apart.

“The glass is barely being held in, sometimes we’ve got no glass and the wood is so rotten that it’s on the edge of crumbling.”

On Angel’s search, she discovered the original plans of the Chateau when it was owned by the Baglioni family – who owned the estate for 400 years.

It gave the couple an insight into how the Baglioni family once lived.

Angel explained she wanted to incorporate as much as the Chateau’s history into their renovation plans as much as she could.

“It’s my obsession in finding treasures in other people’s junk,” she admitted. “I just think it’s all so beautiful.”

As she rummaged through the attic, she also found some antique wallpaper that dated back to the 19th century.

She continued: “Now that looks like the paper downstairs. Wow.

“There are millions of them. They did not know what they had.”

As they looked at the original plans, Dick noticed: “All of this is the structure.”

Angel went on to point out that the husband and wife’s bedrooms were in separate rooms on the plan, as she said: “I’m just laughing at this because it says ‘Chambre de Madame’.”

“And over there is the Chambre de Monsieur’,” Dick added as he went on to refuse to take part in the tradition.

Escape to the Chateau is available to watch on All 4.