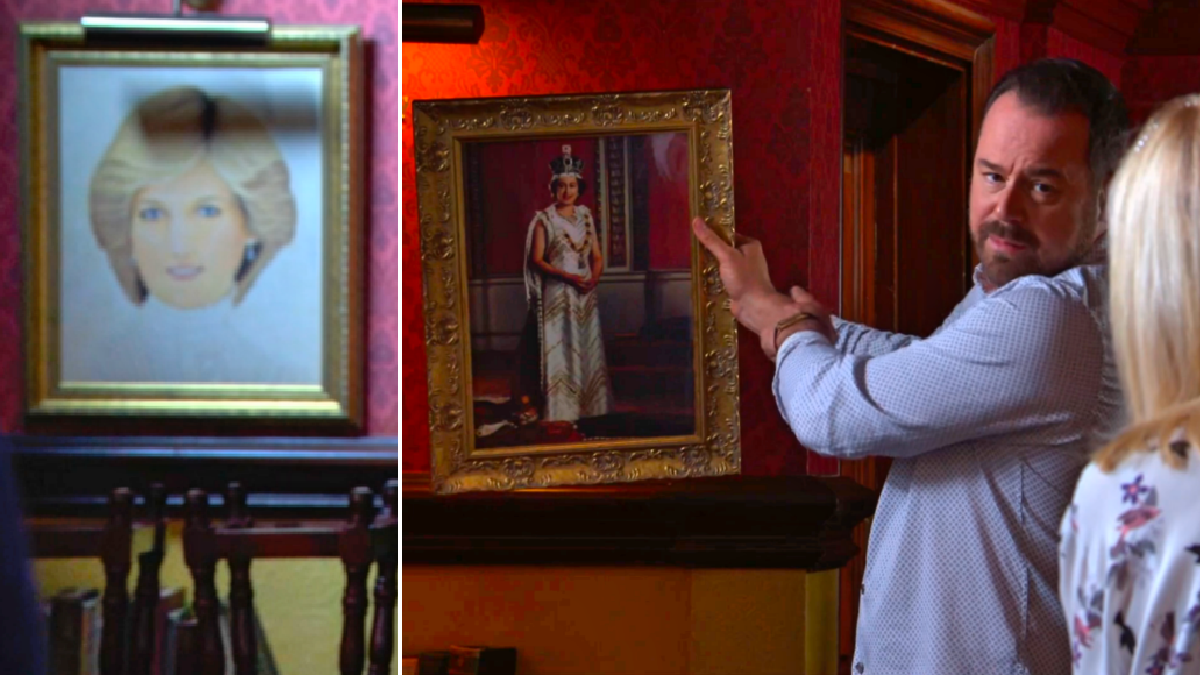 The portrait of Princess Diana, which hangs in EastEnders’ signature pub The Queen Vic, has been removed ahead of Prince Charles and Camilla’s upcoming appearance in the soap opera.

The Prince of Wales and The Duchess of Cornwall will make a very special appearance in the show next month, joining the residents of Albert Square as they mark the Queen’s Platinum Jubilee with a street party.

Mick Carter, played by Danny Dyer, is in the process of getting the Queen Vic ready for the party in episodes currently transmitting, and fans were quick to point out the portrait of Diana, which hangs on the walls of the boozer, had suddenly vanished.

We wouldn’t like to be Mick when Linda finds out!

Tuesday’s (May 24) edition of the BBC One soap saw Mick discuss the party with Kathy Beale (Gillian Taylforth) and Sonia Fowler (Natalie Cassidy), informing them that he intends to ask the council if he can close the Square off for the occasion.

The portrait of Diana could be seen in the background during the conversation, but when the show later returned to the Queen Vic, it had been taken down.

Mick, holding a portrait of the Queen, tells Kathy that he is going to put it up ‘there’, pointing towards where the picture of Diana had been previously.

Fans were quick to notice the change, with several taking to social media to voice their thoughts.

‘Not them taking the Diana portrait down just in time for Charles and Camilla to come ahshahah’ wrote one viewer on Twitter.

‘I’ve just seen the pic of Diana in the Vic. Has it really been removed?,’ added another.

Prince Charles and Camilla will arrive in Albert Square on June 2.

The specially shot scenes were filmed back in March when Their Royal Highnesses visited the set of EastEnders to meet the cast and crew of the long-running drama.

Linda and Mick will be seen greeting The Prince of Wales and Duchess of Cornwall, introducing them to the residents of Albert Square.

‘They didn’t really know what to expect, I mean it must have been nerve wracking for them and completely out of their norm. So I just hope they enjoyed it as much as we did!’

EastEnders airs Mondays to Thursdays at 7:30pm on BBC One.