Kate Garraway: Derek has told me he loves me

Kate’s husband Derek has recently returned home from hospital a year after he contracted coronavirus. Throughout the past 12 months, Kate has kept her followers and Good Morning Britain viewers updated on her husband’s health battle. In a new interview with LBC political commentator Iain Dale, the 53-year-old spoke about what it has been like having her beloved husband home and the impact the whole ordeal has had on their two children. The ITV presenter also revealed to the broadcaster what made her write her new book, The Power Of Hope, while Iain had some tales about Derek of his own.

At the beginning of the interview, Iain asked Kate to go back to the moment she met Derek as he admitted to meeting him a few times during that period.

“He got himself into a few scrapes it has to be said,” Iain began. “He was one of these characters and I knew him a bit at the time, larger than life is a phrase I think you could use about Derek.

“He’s had quite a lot of highs and lows over the years. He met you and I think you calmed him down a little bit, maybe he calmed you down. I’m not sure which it is.

“He’d got himself into a really good position, hadn’t he?” 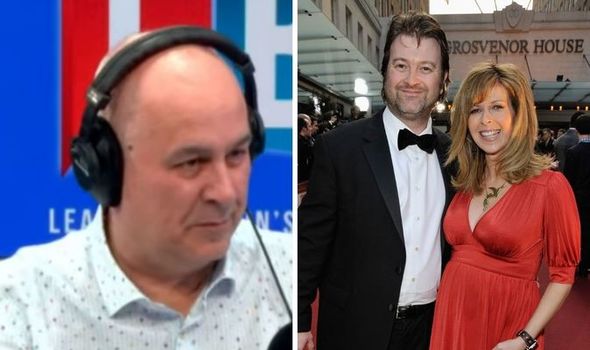 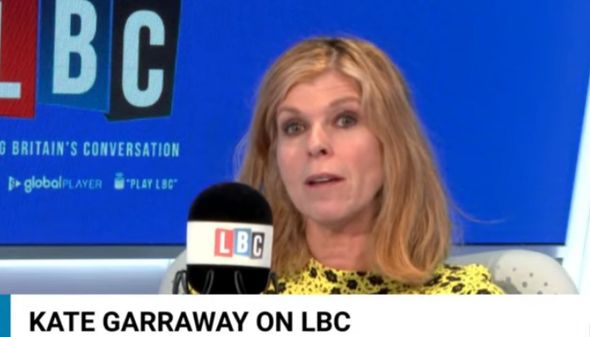 “He’s very colourful, Derek, he always has been,” Kate replied.

“I didn’t know him through those political days but people like yourself that did usually fall into two camps.

“Either the kind of ‘Oh, that ghastly Derek Draper,’ or ‘Oh my god, I love Derek Draper’. Actually, it doesn’t seem to matter what side of the political fence.

“He kind of speaks his mind, he’s passionate about things and all of that is there and there’s a lot of fire and spirit and I guess you take the rough with the smooth.” 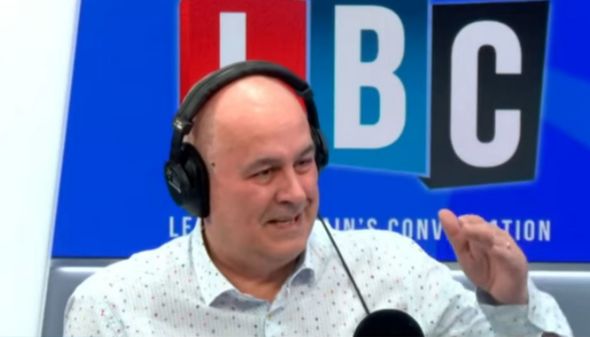 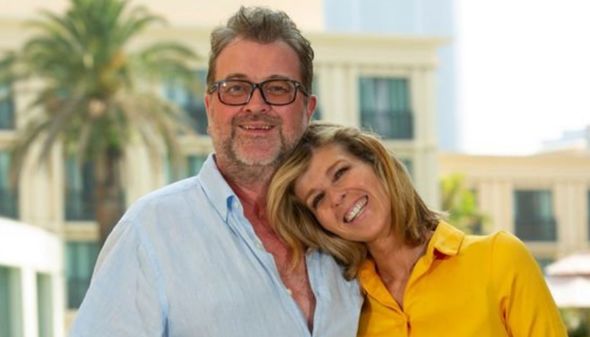 She continued: “What has been lovely actually, is when it became apparent of how sick he was, people from all sides of the political fence came out of the woodwork and remembered things that had happened when they were on campaign trails or when they were at party conferences or when they’d rowed on-air about something.

“[They] had so much affection for him in the spirit that political people do it seems to be, whether they sort of agree or disagree they’re all passionate about solving things aren’t they.

“And so, I kept thinking to myself, ‘God, I really need you to get more better because I’d love you to know about some of this’.

“Because I think he – as you say – had a breakdown. There’s no question about it, he had a complete breakdown.

“He went to America, he trained as a psychologist and came back and met me not long after he’d come back to this country. He was a very different person and he got himself to a happy place,” Kate added.

Iain went on to recall the time Derek came into the LBC building to do a book club podcast in 2018, where he apologised to the host over their years-long feud. However, Iain didn’t reveal to Kate what the feud was about.

He began: “He turned up, long shorts, baggy shirt. We did the interview and at the end of it he said to me ‘I’m really sorry about what happened’.

“It’s something I won’t go into particularly now and I just thought, ‘you’ve got over all of that, you’re in a good place now’.”

“I was actually really happy for him because I know he’d been…” Iain continued before Kate chipped in: “So had you actually headbutted full-on?”

“We had,” Iain replied. “It was all over the Damian McBride 2009…and it actually really pleased me that he said that.

“I’d drawn a line under it a long time ago.”

Iain Dale presents on LBC on Mondays, Tuesdays, Wednesdays and Thursday from 7pm.