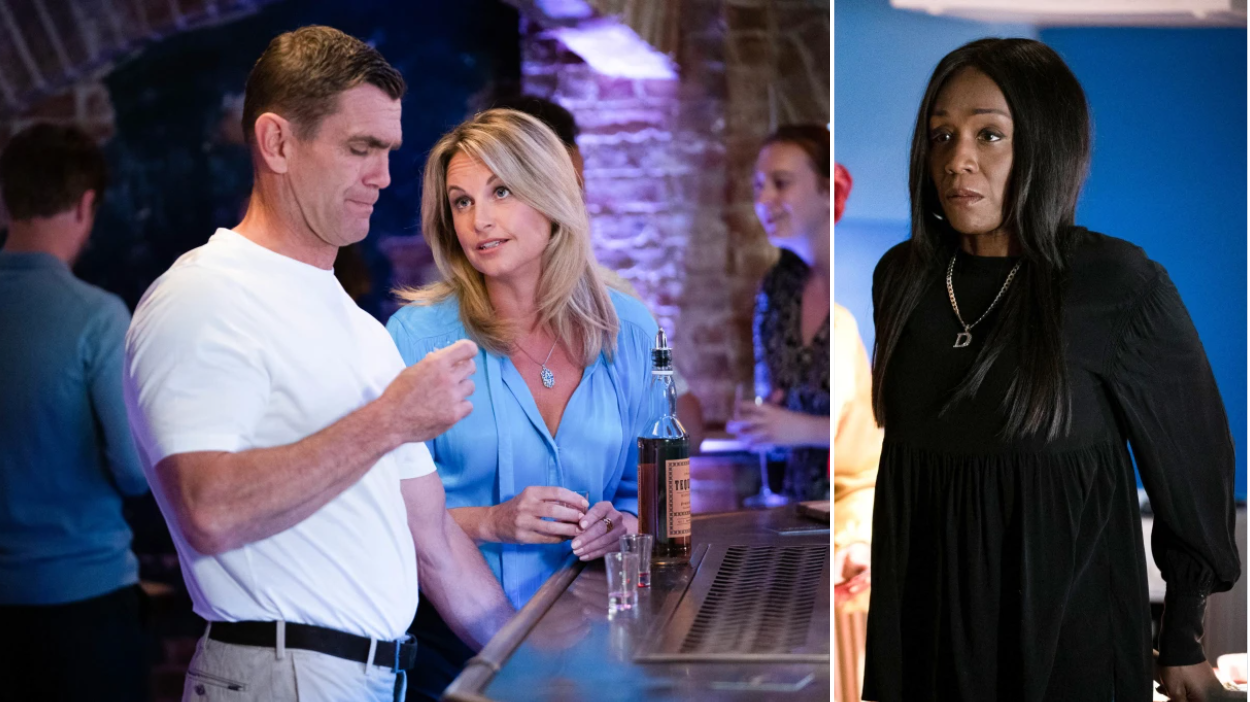 There’s heartbreak coming up for Denise (Diane Parish) in EastEnders when Jack (Scott Maslen) cheats on her with Sam (Kim Medcalf) – and the incident is caught on video.

Sam and Jack have plenty of history, of course, as they’re both parents of young Ricky Mitchell (Frankie Day), who lives with Jack.

Denise wasn’t happy when Sam returned to the Square back in April, mainly because of the unsettling effect it would have on Ricky but also because of the history between Jack and Sam.

In upcoming episodes Jack is shocked to discover that his daughter Amy (Ellie Dadd) plans to sleep with her boyfriend Denzel (Jaden Ladega). Just as Denzel is telling Amy that he wants to take things slowly, Jack storms in on the couple kissing and slams Denzel against a wall.

Following this, Jack gets a call from his boss to say he’s been reported for assaulting Denzel and will be investigated.

An irate Jack finds a willing listening ear in Sam, and he confides in her about what happened.

A few drinks later, Sam leans in for a kiss, not realising that someone is watching and has filmed everything!

And it’s not long before the video is being shared, first with Jack and then with a horrified Denise, who immediately goes to confront Sam.

Is this the end for Jack and Denise?