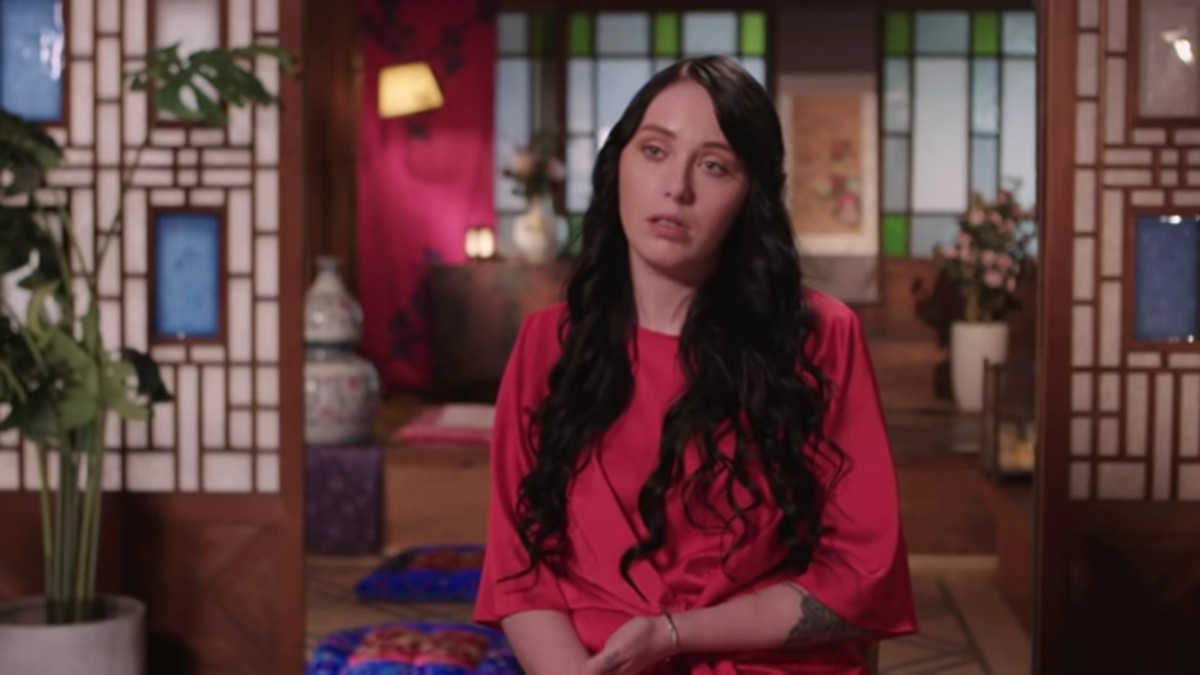 Deavan Clegg had a lot to get off her chest, and what better place to air her grievances than on social media.

The 90 Day Fiance: The Other Way alum was evidently in a bad mood and it’s all because of her estranged husband. Jihoon Lee.

The couple’s relationship is still playing out on the current season of the show.

A lot of their personal lives have been splashed all over social media as they both continue to throw accusations back and forth against each other.

Fans have taken sides in the he-said, she-said that has been going around, with many defending Jihoon and bashing Deavan for not allowing him to see their son.

The Korean-native is still residing in his home country, but Deavan and her two kids are back in the United States.

Despite not being able to see his son, Jihoon claims he sends things to him, but Deavan is bashing those claims.

Jihoon shares proof he sends things to his son

Jihoon shared screenshots of clothes and toys that he has sent to Taeyang.

In the post, Jihoon says he sends the items through a friend that he has in America.

“For those that say I don’t care for my son, I send things to him and make sure he has the items he needs. Even if she [Deavan] won’t tell me his size or send me their current address.” 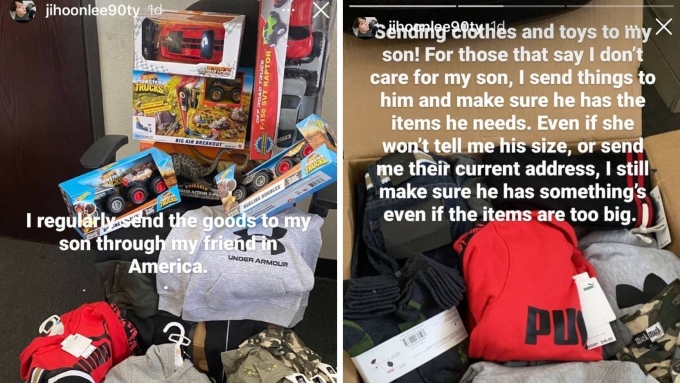 Jihoon’s post did not sit well with Deavan because she soon shared a series of lengthy messages bashing him.

She’s also refuting the claims that he has been sending items for their son.

The reality TV personality had a lot to say in her Instagram stories after catching wind of Jihoon’s posts.

Deavan attempted to clear up a few things and says that Jihoon is not the one sending the items, but instead a fan is the one doing it.

“He can send stuff,” claims Deavan, “But he doesn’t and uses fans who pay for it and send it.”

She alleges her ex-husband gave her address to the “super fan” who Jihoon has actually never met.

Apparently, that’s the person who’s been sending items for Taeyang, and not Jihoon himself.

The mom-of-two alleges that due to her ex giving out her address to “Random people we have never met…we’ve had to relocate and have made a police report in the past.”

Furthermore, Deavan adds that the fan in question has also “Sent very scary disturbing messages to us explaining how they will kill us.” 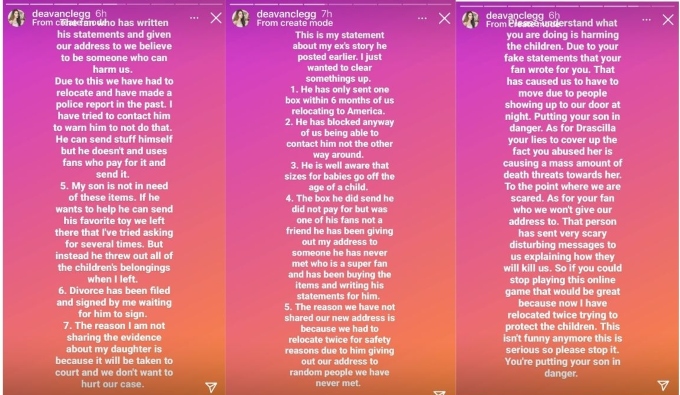