Home » TV and Movies » Days of our Lives spoilers: The fight for Titan, baby boy Horton, and saving Ciara takes over Salem 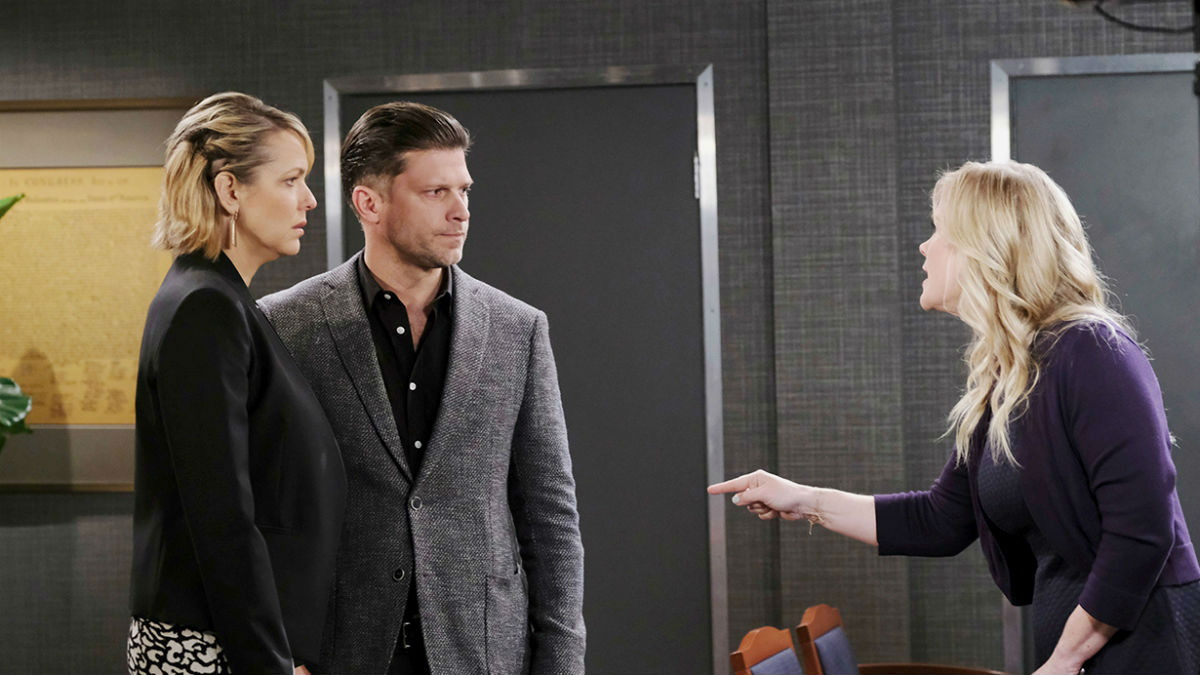 Days of our Lives spoilers for upcoming episodes of the NBC soap opera tease battle lines are drawn, truth bombs are dropped, and fights take over Salem.

The week’s motto is to fight for what you want and deal with the consequences of your actions later. Old rivalries are taken to the next level, new feuds heat up, and marriages are tested because of friendship loyalty.

Childish behavior is front and center

Philip (Jay Kenneth Johnson) and Xander (Paul Telfer) take the battle to be CEO of Titan to a new level — the childish one. The two cousins take cheap shots and throw digs at each other to prove who is better equipped to run the company.

Their exchange does little prove either one is fit to run Titan. After Philip insults Xander with a remark about shoveling manure in the garden, Xander headbutts him. Oh yes, Victor (John Aniston) has a tough choice to make between two men who act more like children than men!

Sami (Alison Sweeney) is also acting like a spoiled child who will do anything to get her way. The judge is ready to deliver a verdict is the custody battle of baby boy Horton. However, before the decision is read, Eric (Greg Vaughan) demands to know what scheme Sami is up to, as she grins from ear to ear.

Days spoilers show Sami has an ace witness up her sleeve that will destroy Eric and Nicole’s case.

A friend in need

Eli (Lamon Archey) is furious to find Lani (Sal Stowers) with baby Rachel. He is not happy that Lani continues to help Kristen (Stacy Haiduk) despite the latter being a fugitive. Lani’s bond with Kristen will be a challenge for Eli to accept.

The quest to uncover what happened to Ciara (Victoria Konefal) consumes Ben (Robert Scott Wilson) and Shawn (Brandon Beemer). Ciara’s big brother issues a warning to her husband. If Ben harmed his sister, Shawn will end him.

It is a pivotal moment for Ben, who then agrees to let Marlena (Deidre Hall) hypnotize him to remember the events leading to Ciara’s disappearance. Thankfully it works. Ben remembers everything that happened, but is it in time to save his wife?

Ciara’s fate is revealed by the end of the week, and it is safe to assume Vincent (Michael Teh) took Ciara to frame Ben.

As Victoria Konefal’s exit looms, it means anything is possible for the character. Viewers will just have to keep watching the hit daytime drama to see how it all plays out.

Days of our Lives airs weekdays on NBC.