The 53-year-old presenter is known for her dark brunette locks, but on last night's show she showed off a new blonde tip look.

However, Davina switched things up again for tonight's show with her hair pulled back in a slick up do.

But oddly, she had white hair colour from her parting to midway down her scalp and finished it off with a small white bird feather at the front.

Her look immediately got The Masked Dancer viewers talking, as one wrote: "Davina McCall looks like she's just been emulsioning the ceiling."

Another added: "I'm so confused by Davina's feathery head." 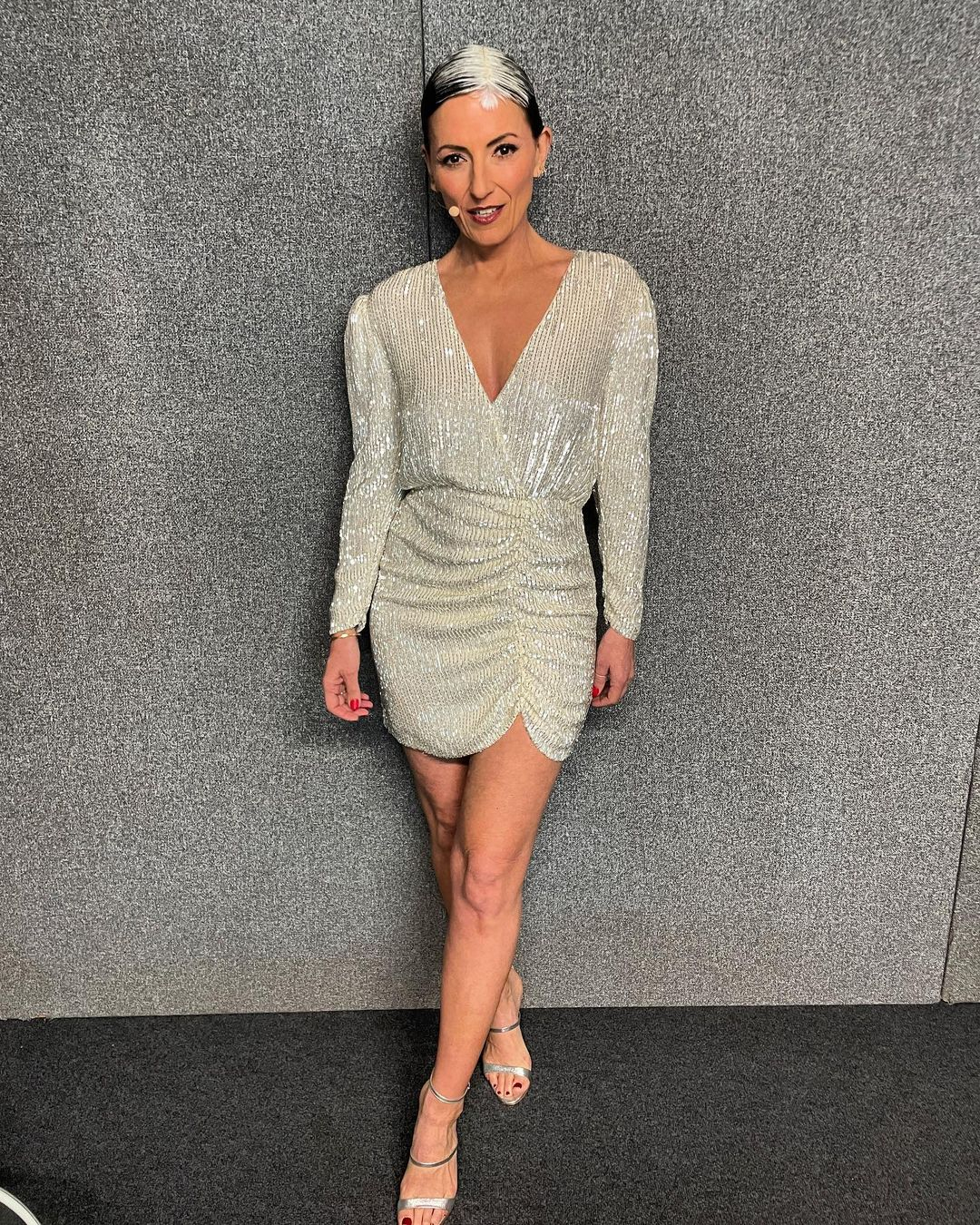 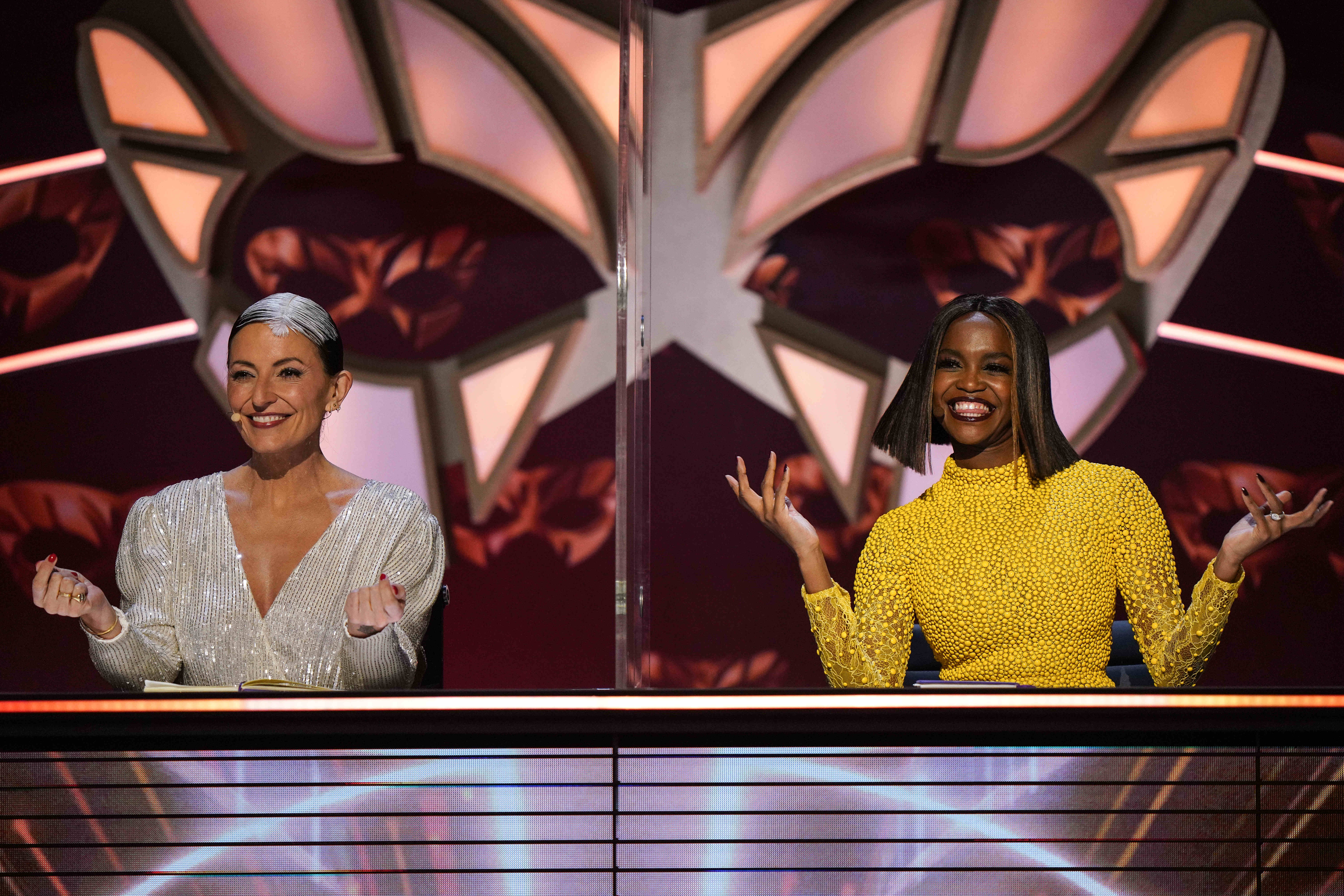 A third tweeted: "So did a bird poo on Davina's head as she was making her way to the studio, or did she upset a painter just before going onstage?"

Meanwhile a fellow viewer wrote: "Davina looking like she left her hair colouring dye in without washing it off."

Before the show, Davina took to her Instagram to share a full length shot of her outfit, a shimmering silver long sleeved mini dress.

She wrote alongside it: "Hello!! This week I shall be spamming you with #maskeddanceruk dresses … I do this because people ask .. and if I’m honest I don’t get to look like this very often.. so I’m milking it . 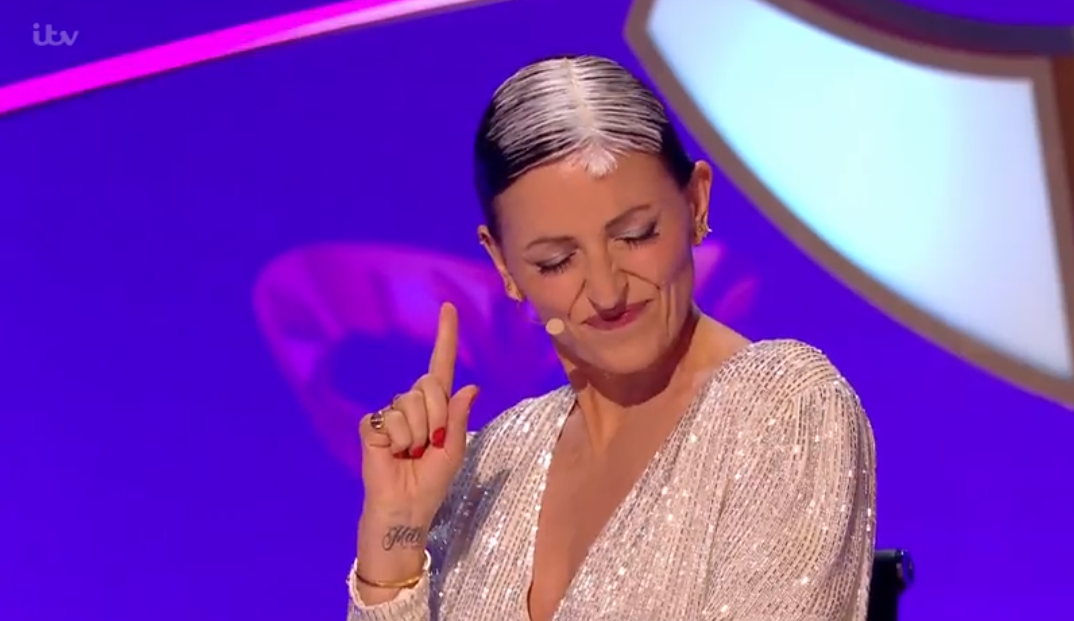 "This dress is by @retrofete and my shoes r by @sophiawebster thank u @angiesmithstyle and @abigailrosewhite … hair tonight was really clever.

"@mdlondon actually used a feather! So the spine of the feather is my parting … he’s a genius. And make up by my lovely @cherylphelpsgardiner."

The Masked Singer continues tomorrow at 7.30pm on ITV.