[Note: The following contains spoilers for “Dark” Season 3, including the ending.]

For as much as the show invited questions of who was or wasn’t one, the villain of “Dark” never really mattered as much as many of the potential antagonists would have had you believe. After all the talk of inevitability, it seemed like this grand trilogy of seasons was destined to be a rope that, rather than snapping under the tension pulling at either end, would instead unravel in a pile, however neat.

That’s how the series comes to a close in Season 3, capped off by an ending that pushes aside the idea of an ultimate victor. Seemingly doomed to spend an infinite number of years inside quarreling realities dominated by time travelers with flexible morality, “Dark” ends with the idea that power comes from a different place entirely: humility. As Jonas (Louis Hofmann) and Martha (Lisa Vicari) dislodge themselves from a loop that also includes their scarred older selves Adam (Dietrich Hollinderbäumer) and Eva (Barbara Nüsse), one sentiment — “What we know is a drop. What we don’t know is an ocean.” — sticks out from the rest.

There’s a certain kind of convenience that allows the audience to explain away some of Adam and Eva’s seemingly unforgivable actions. It’s assumed that the circular logic that warps the show’s timeline could also be a mentally corrosive force that lets these reality benders and their minions justify their actions to themselves.

The key point, though, in stories like this always seems to come when characters are confronted with incontrovertible proof of their own errors. It’s a cornerstone of tales that center on the struggle between science and faith, often built on denizens on each side of that divide trying to make sense of what they see that doesn’t fit their worldview. Here, that task of re-evaluation lies first with Adam, who after expecting to disappear in a puff of contradictory logic, is still flesh and blood even after sending the presumed origin of these worlds to die. With the help of multiple-timeline MVP Claudia (played superbly by both Lisa Kreuzer and Julika Jenkins), Adam helps both himself and Eva understand the value of relinquishing their grip on what they believe they’re controlling. As the patterns they’ve come to expect start to crumble, they take tangible evidence of their flawed worldview and shift accordingly. 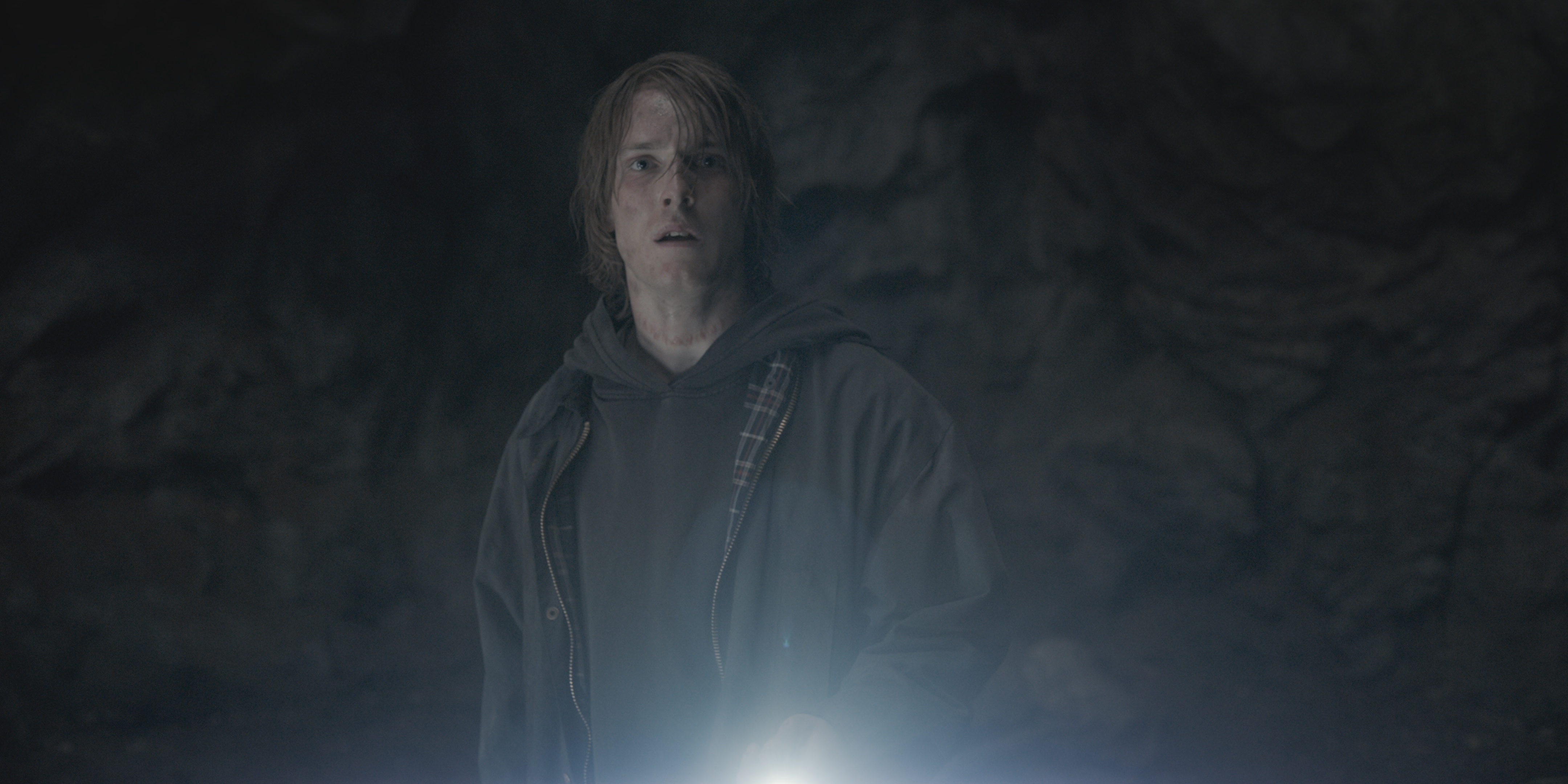 “Dark” doesn’t need to be a one-to-one metaphor to show how cyclical trauma and historical horrors easily can be transferred from one generation to the next. One of the driving forces of Season 2, rooted in how the opening episodes unfold, is that there will always be those who see that trauma as a rite of passage. They see that pain and suffering as something that, once endured, becomes a badge of honor to prove to the world that you’ve made it through. When presented with a chance to break that cycle, there are those whose decision to do nothing stems from the belief that if they had to weather that storm, others who come after should have to as well.

The slow-motion cataclysm that unfolds from that stubbornness is understandably more potent now. “Dark” is dotted with pivotal split-second decisions, but a majority of them are deliberate and gradual. Watching the pieces slowly lock into place as global destruction visits timeline after timeline, “Dark” invites you to see how all of this persists even when the variables change. It comes from people in crucial positions in this narrative looking to bend the impossible to their will, rather than undergoing the necessary introspection that might yield a way to understand it. To a person, all of them are horrified when faced with the aftermath, when evidence of what they’d denied is quite literally in front of them. By then, it’s too late.

Over time, it became clear that “Dark” saw a doomed love as its story engine, with the same all-consuming drive on one side to eliminate heartbreak reflected in the other side’s commitment to preserving a loop that also allows more joyful moments to live on as well. As their two younger selves, finally free from the self-contained ecosystem that threatened to repeat for eternity, Jonas and Martha pre-empt the needless death of the family of Winden timespace enthusiast Dr. H. G. Tannhaus.

That neither side really wins or loses in this battle says something about legacies. Confronted with imminent catastrophe, there’s Jonas and Martha, standing in the middle of the street, risking what little life they have left to give a second chance to people they can’t possibly know. They know that doing so will likely wipe their existence and that their actions will allow one man to experience the familial joy that for them was fleeting. Convincing the tiny family to turn around and go back to Tannhaus is a compromise of sorts, one that lives on in averting apocalyptic consequences for so many others. 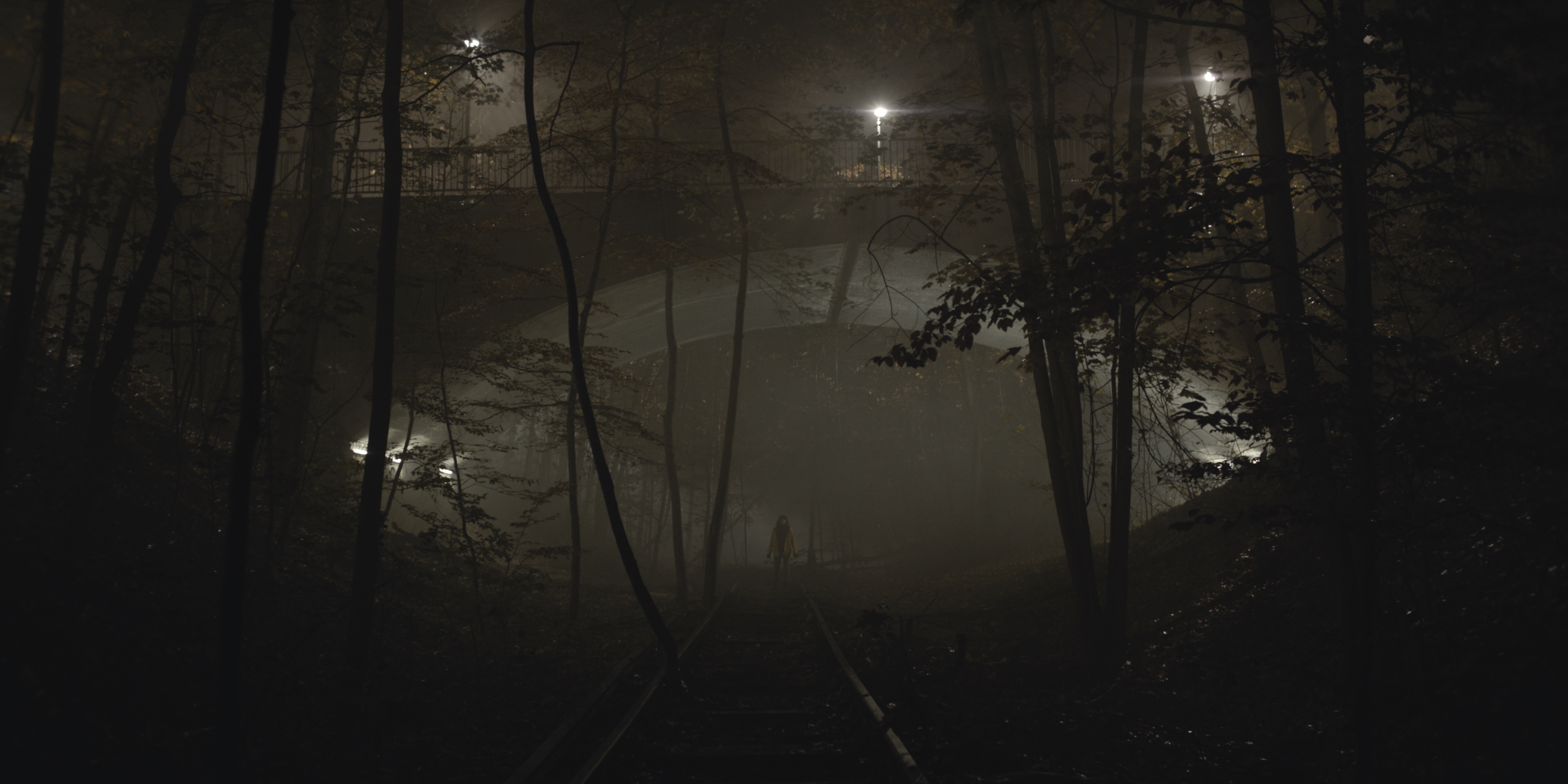 We’re living in a time when sacrifices are being asked, if not demanded. For some, they’re massive, verging on catastrophic. For others, they’re a small set of miniscule changes to an otherwise relatively unaffected existence. In both cases, much of the intent is to protect those in your immediate vicinity.

But three of the most important characters in “Dark” are ones we don’t even meet until the waning minutes of the series. That tiny Tannhaus family, whose loss prompts actions so drastic they create twin alternate realities of endless psychological torture, holds the key to the fate of everyone we’ve seen over three seasons. Taken solely on its own, it would be easy to see this late introduction of a couple and their baby daughter as a cheap narrative device, some magic potion to whisk away the lingering problems that preceded it. But both in “Dark” and in the context of today, protecting strangers like the fate of the world depends on it isn’t a hypothetical. It’s as close to a universal imperative as we have.

If there’s satisfaction to be found in “Dark,” it’s not in its narrative tidiness or in a surviving reality that regards a majority of the series solely as an imagined world. It’s in recognizing what shredded that infinity sign. Inside the hope that their actions give, there’s the melancholy of seeing Jonas and Martha slowly disappear, along with so many of their family and friends and rivals and allies. We don’t get to see much of the world they helped save. Such is the fate of many who work for a systemic change designed to give opportunities to those who will come long after them.

That last scene, though, with all of the remaining characters (those still alive when you remove self-grandparenting time travelers from the mix) is a farewell nod to the idea that none of these people need be villains, either. The answer to the cosmic “nature vs. nurture” question bubbling under the surface for 26 episodes is that, when removed from a system that prizes suffering over understanding and a warped sense of entitlement over compassion, there’s a greater chance for us all to thrive. For the moment, that world free from those consequential ripples is still a fantasy, and not just because it’s a group of friends gathered guilt-free around a single dinner table. But “Dark” still offers a promise of what might survive when we learn to face the problems of the moment with some clear-eyed empathy, even if we’ll never know just how much it helped.

“Dark” Season 3 is now available to stream on Netflix.