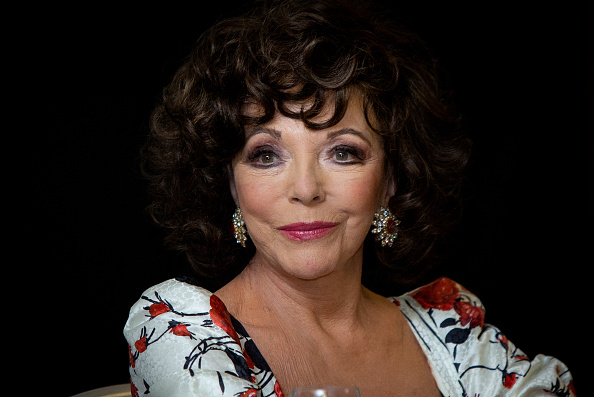 Dame Joan Collins does not regret having an abortion aged 26, saying the pregnancy would have been ‘the death of my career’.

The Dynasty actress candidly discussed her decision to terminate a pregnancy with Piers Morgan on the latest edition of his ITV series Life Stories, which is set to air on Sunday.

Dame Joan, now 88, was engaged to Warren Beatty at the time, and believed that having a baby would have ruined her life.

She said: ‘I had an abortion. It would have been the death of my career, and I was by then 26.

‘Of course I hesitated but I realised that if I was going to have a child I was going to be able to bring the child up properly and I believed very strongly that I’m in charge of my body.

Asked by Piers if she had a ‘tinge of regret’ about her decision, Dame Joan said: ‘No, not one.’

In 1959, when Dame Joan was 26, abortion was not legal in the United States, with women frequently having to seek out illegal procedures.

At the time, Dame Joan was one of 20th Century Fox’s biggest stars, starring in films like Island in the Sun, The Wayward Bus and The Girl in the Red Velvet Swing.

She met Beatty, who was then 22, in 1959 in Hollywood, and wrote about their relationship in her book Passion for Life: ‘Although I wasn’t madly in love with Warren, he and I were actually very compatible, even if he needed to have sex several times a day, which often wore me out…

‘We continued playing happy families and not long afterwards, Warren actually proposed, presenting me with a large gold ring studded with pearls.’

However, they called it quits after two years.

The Benidorm star has been married to her fifth husband Percy Gibson since 2002, and she gave an insight into their domestic life while speaking to Piers.

She added: ‘I do do the washing up. I put them under the tap and I’ve got a little brush and I brush them and then I put them in the thing that makes them dry.’

To be fair, if we were Joan Collins, we’d avoid hoovering and ironing too.