COUNTRYFILE viewers have furiously accused the show of trying to "brainwash" its fans by putting the spotlight on "modern technology" farming techniques.

Angry followers of the BBC One show claimed it was wrong to share a snippet into the Liburn family's 100-year-old dairy farming business, which has adopted "high tech" practises. 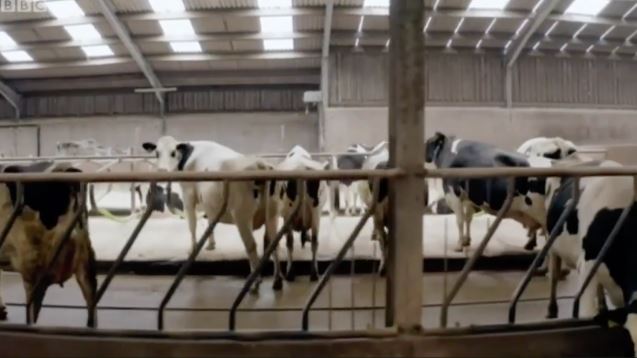 They too particular umbrage to the family, who run Brookvale Farm in Northern Ireland, choosing to keep their mammals inside and feeding them hay, not grass.

Current owners Pamela and Richard spoke candidly about modernising their farm and the struggle of the recent coronavirus pandemic, with Pamela stating: "There is so much technology out there, that you have to pick the best and that will work best with you.

Yet this did not wash with some loyal Countryfile fans watching the scenes play out. 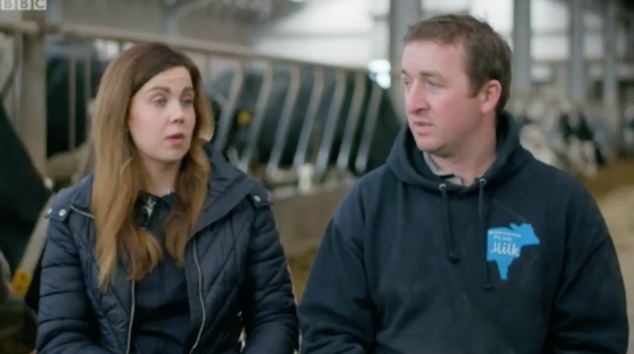 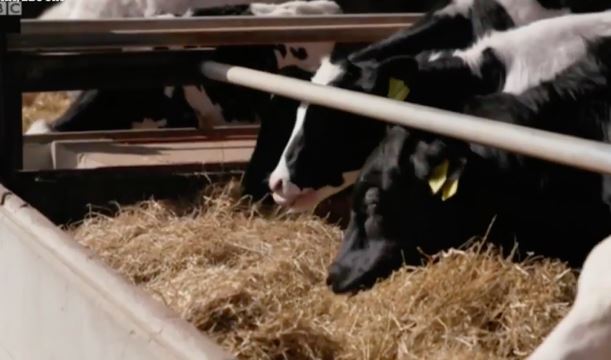 One took to Twitter to rage: "Cows should be outside and grass fed as much as possible.

"It concerns me that #countryfile keeps trying to brainwash viewers with modern technology, including GM and cows kept indoors all year is the only way forward."

Another posted: "Absolutely. Cows are living beings, not automatic machines.

"This is the bovine equivalent of battery hen farming. Abhorrent in this day and age. A step backwards." 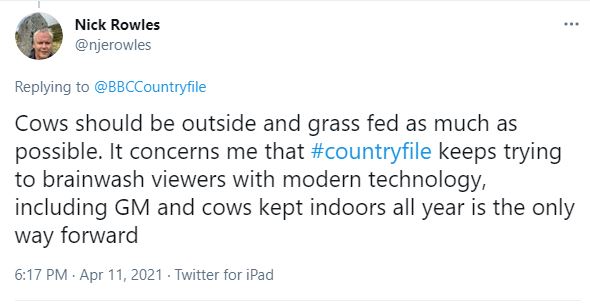 One then continued: "This is horrible. Intensive farming that denies the cows access to fields. Why give publicity to this?"

Yet a viewer was quick to try to balance things out.

They argued: "Could we be missing the whole point here?

"Animal welfare matters a great deal to intensive dairy farming. In fact they do everything possible to keep their cows content and well looked after. 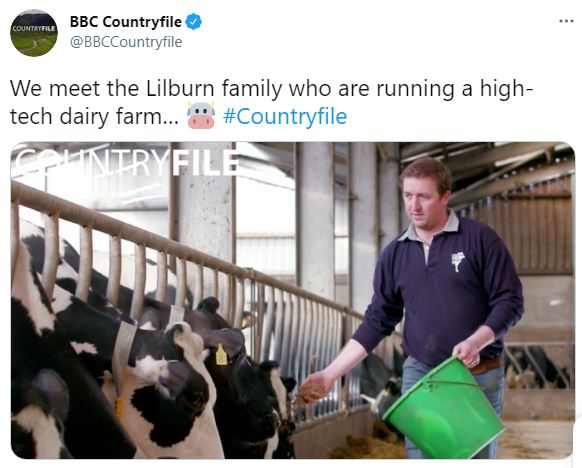 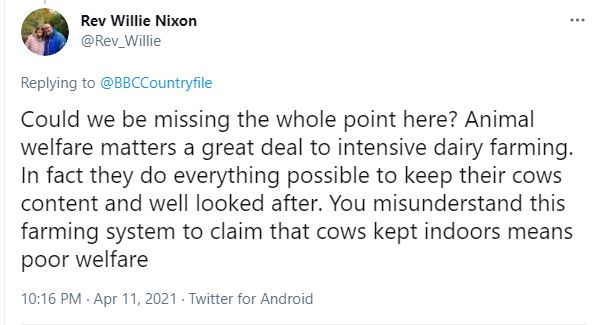 The long-running show recently came under fire when presenter Tom Heap suggested their should be a GCSE in studies of the environment.

They were also left stunned when one farming family revealed just what they feed their cows.

The BBC show visited host Adam Henson's farm and the presenter was eager to ensure his cattle had the best start possible to their day – courtesy of a trough filled with soy beans, silage and sugar molasses.