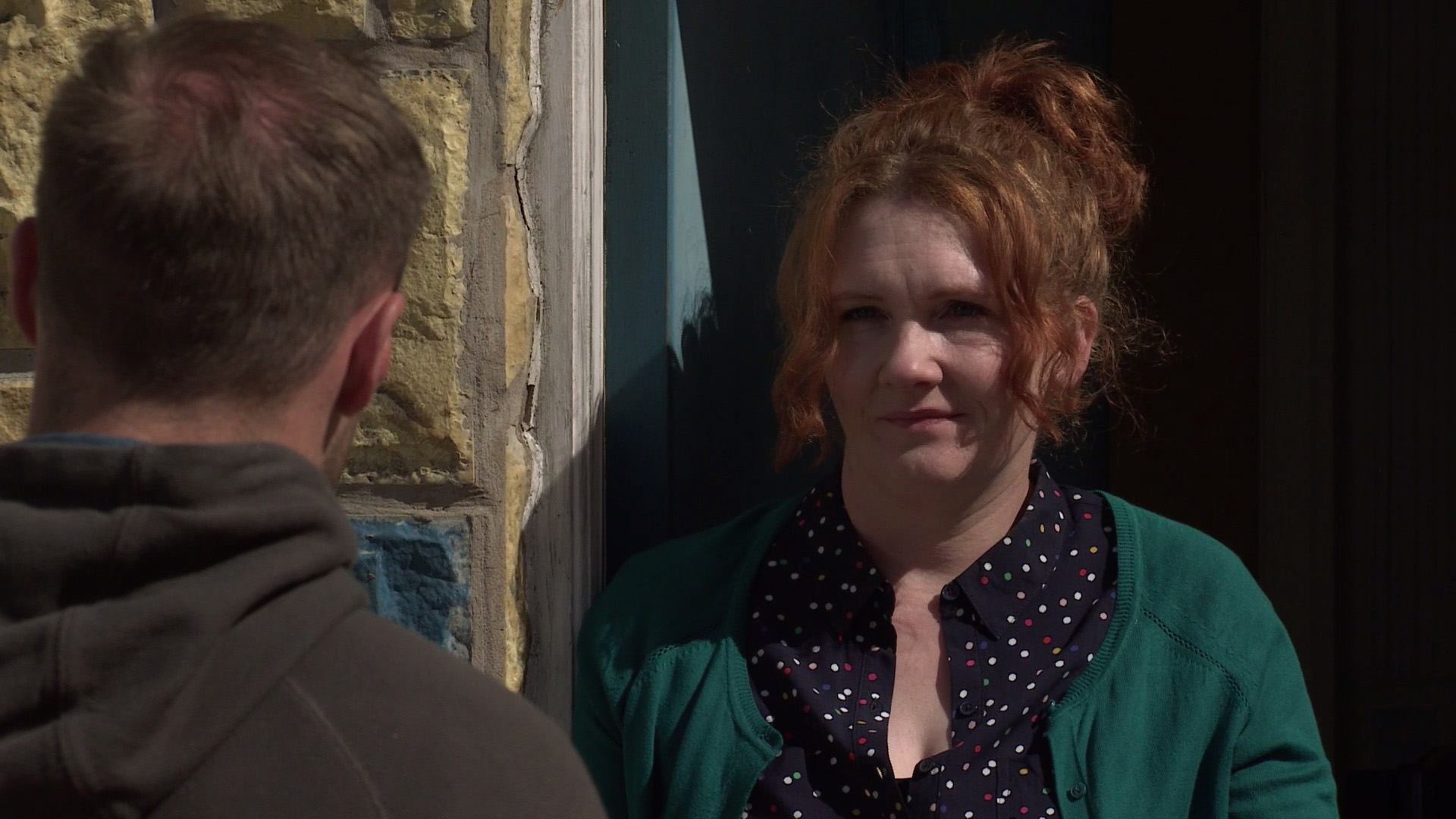 Fiz Stape’s (Jennie McAlpine) world in Coronation Street has changed dramatically. She’s split up with Tyrone Dobbs (Alan Halsall) after she discovered his affair with Alina Pop (Ruxandra Porojnicu) and is now adjusting to life as a single mother.

Fiz has failed to accept Tyrone’s new life with Alina but sadly for her, her former partner isn’t showing any signs of regretting his decision to leave the family home.

Coming up, Fiz discovers Tyrone has paid for a sexy photo shoot for him and Alina. The photo shoot is certainly a far cry from Ty’s usual 9-5 life and a drink in the pub after work and as Jennie McAlpine revealed, this new Tyrone is only adding to the hurt Fiz feels:

‘She thinks he’s pathetic, she laughs at him and accuses him of having a mid-life crisis. Aside from that though, the sad thing is she’s actually really hurt. In her angry moments, she tends to blame Alina but deep down she knows he left her because they weren’t right.

Even though it may seem a bit daft, I think if Tyrone had ever suggested to Fiz that they have some pictures done she would have done it. There’s a lot of hurt there that he never did any of these things with her and now he’s choosing to do them with Alina.’

Initially, Fiz and Tyrone attempted to work together for the sake of Hope and Ruby, but Jennie has explained that Tyrone altering his priorities hasn’t offered any hope of them being on the same page for the sake of their children anytime soon:

‘It feels like his number one priority is no longer the girls, even though he keeps saying it is. It feels like his priorities have shifted away from the girls and that’s infuriating for her. Tyrone keeps promising he’ll have the girls then they end up with Alina and that wasn’t part of the plan in Fiz’s mind.

She does possibly overreact, but it’s just giving Fiz ammunition to hate her even more than she already does.’