Yasmeen Nazir (played by Shelley King) had her plea hearing yesterday on Coronation Street after weeks in a prison cell following her attack on her abusive, manipulative husband Geoff Metcalfe (Ian Bartholomew). However, last night a familiar face turned up in court after months of not being seen on screen. But could she be Yasmeen’s ticket to freedom? Or the reason she ends up in jail for good?

Geoff’s terrifying abuse got too much for Yasmeen last month and she snapped, hitting her husband over the head with a wine bottle and stabbing him in the neck.

She immediately called the police admitting she had “killed” her husband and has been in prison ever since.

But, as Geoff continues to speak badly of his wife, fans want to know who will be the one to finally save Yasmeen from this nightmare.

Yasmeen has had the support of Imran Habeeb (Charlie de Melo) since she was arrested and last night she was in court for her plea hearing. 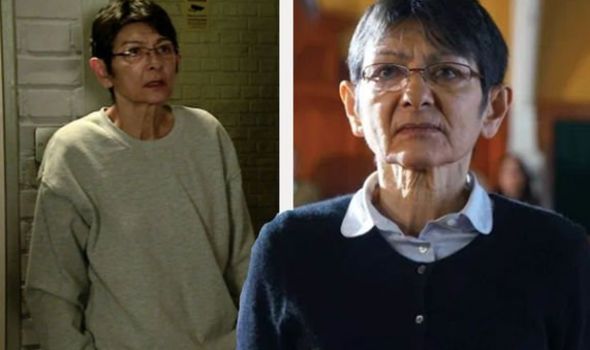 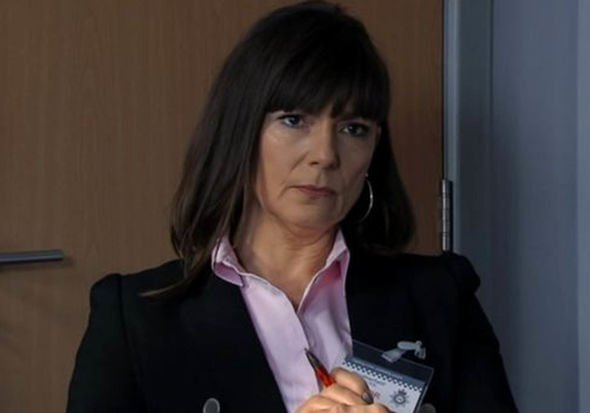 However, after months of not seeing her on screen, Paula Martin (Sterling Gallagher) made a shocking comeback amidst the drama.

Paula, of course, worked with Imran and Adam Barlow (Sam Robertson) at the solicitor’s firm but hasn’t been seen in a while.

Fans were surprised to see her suddenly back to support Yasmeen during her court appearance, but could she be Yasmeen’s ticket to freedom?

Those watching at home took to Twitter to discuss the appearance, but some were confused whose side Paula was on. 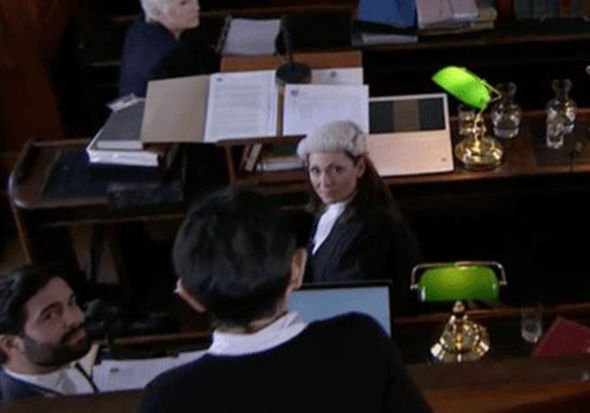 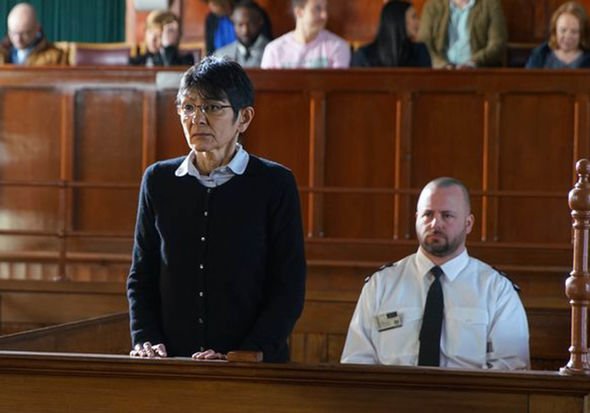 One viewer tweeted: “Ok have I missed something… is Paula Yasmeen’s lawyer/barrister or is she Geoff?”

Another said: “Is that Paula sitting in front of Imran? Is she helping Yasmeen during her trial?”

Could Paula finally get the truth out of Yasmeen so fans can see Geoff punished for his disgusting behaviour?

Yasmeen has been accused of attempted murder and last week Geoff was finally released from the hospital.

But, the tide is finally starting to turn and not everyone is believing the river of lies Geoff has been spreading over the last couple of years.

Yasmeen has been refusing to delve into the details of their home life, but on Monday, she finally opened up to her granddaughter Alya Nazir (Sair Khan).

Alya attempted once again to get her grandmother to reveal the vile abuse she has been subject to for such a long time.

Yasmeen continued to defend Geoff, trying to convince Alya Geoff has always been misunderstood but he always loved her.

Alya isn’t the only one not convinced, Sally Metcalfe’s (Sally Dynevor) suspicions have been raised since the attack.

But, her suspicions are threatening to break up her relationship with Tim Metcalfe (Joe Duttine) who is very much on his father’s side.

Will the women be able to come together to bring down the abuser once and for all? And will Yasmeen finally be able to recover?