Roy Cropper (played by David Neilson) was thrilled when he tracked down his long-lost brother Richard Lucas (Paul Bown) on Coronation Street but his happiness was short-lived when he discovered his sibling was dying. In the aftermath of the stalwart’s brother’s death, Roy’s niece, Nina Lucas (Mollie Gallagher), moved in with him and the pair are slowly getting to know each other. However, as little is known about the reclusive newcomer, could her arrival put Roy in danger?

When Roy finally found his brother, he was pleased to discover he had a niece and was only too happy to take her in after Richard’s death.

But at first Roy struggled to bond with his niece as she held him responsible for her dad’s death.

The young girl’s mother died when she was young and Nina took care of her dad during the last months of his life.

Roy persuaded Nina to leave her dad while he waited for Richard’s carer but when the cafe owner was called back to the cobbles, Richard tragically died. 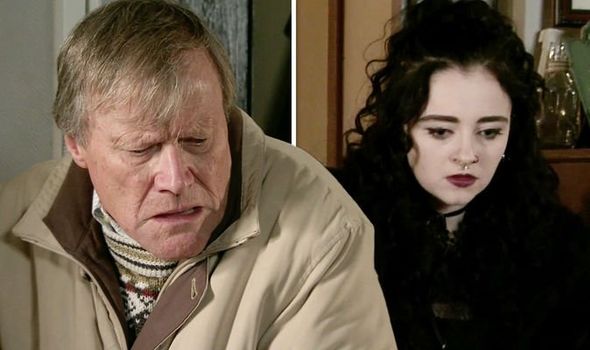 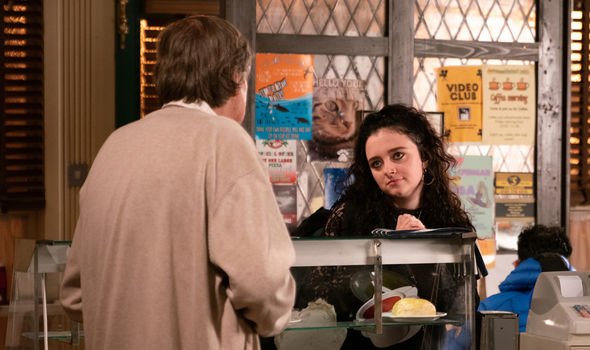 Nina and Roy’s relationship has improved in recent weeks but Nina has found it difficult to settle in.

The teenager’s goth-like appearance alarmed many of the residents at first and it became clear Nina was used to feeling like an outsider.

But the pair began to bond over their love of bats and Nina was touched when her uncle invited her along to a bat watching group meeting.

It wasn’t long before Nina’s appearance sparked gossip and Roy stood up to members of the group when they made fun of his niece. 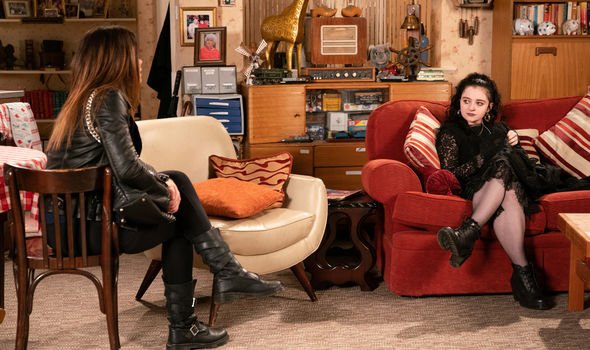 Although Roy is bonding with his last surviving relative, Nina could end up bringing trouble to her uncle’s door.

Coronation Street fans know Nina’s mum died when she was young but not much else.

Nina’s backstory will likely be explored as the teenager spends more time on the cobbles and she may be hiding a dark past which could offer an explanation as to why Nina feels like such an outsider.

The teenager’s stand-offish behaviour may be because she regrets a huge mistake in her life or some of her mother’s relatives could be sinister characters.

While Nina continues to settle into life on the cobbles, a new online tool has predicted that some of the UK’s favourite soap characters including Roy should already be dead.

Using data based on gender, eating and stress levels the tool estimated Roy should have died in 2018.

With this information in mind, could Nina’s past come back to haunt her leaving Roy caught in the crossfire?

Co-founder of Dead Happy, who created the tool, Phil Zeidler said: “Living on Coronation Street comes with many hardships over the years, with many near misses of early death so we decided to take a look at the residents of Weatherfield and find out who is doing well to have survived this long.”

“We see first hand, the conversations that some people are often forced to have about death and how uncomfortable they can seem.

“Death is a certainty in life, and with it comes an inevitable fall out, impacting those around us and causing somewhat of a ripple in families, finances and jobs, just to name a few.

“Our hope with this tool is to get people talking, if the tool can bring death as a topic of conversation among friends and family, then the reluctance to talk about it will be addressed and we can think more realistically about what is just a simple fact of life.”