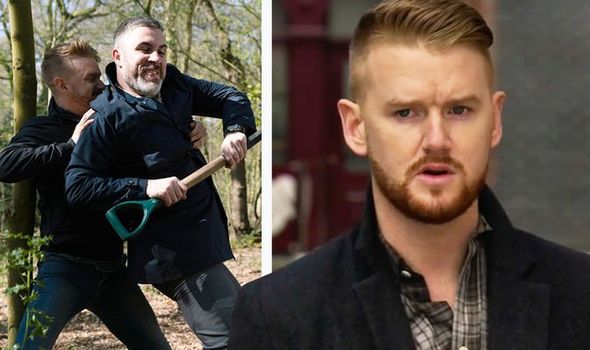 Realising his buttons had been pushed, Adam commented: “Don’t make me angry.”

“Look, I’m taking an interest because her [Kelly] mum battered her – you know that? Arm covered in bruises. So pardon me for having a heart,” Gary explained.

“Why can’t she spend the day with her dad? Oh, yes, because he’s disappeared without a trace,” Adam remarked.

“I know Rick’s wife, I know his daughter, I know all about the Neelan’s. Why did you kill him?”

Jumping on the defence, Gary said: “You’ve lost the plot. You know something, even if you haven’t you can’t connect me to Rick, you’ve got no proof.” 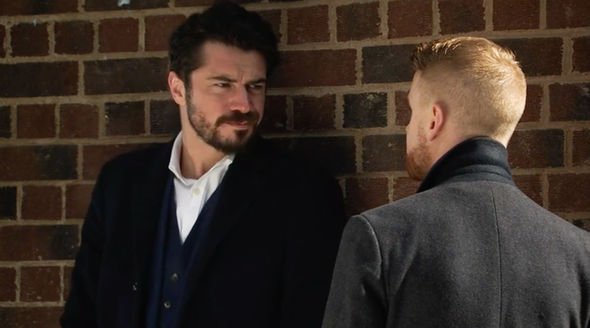 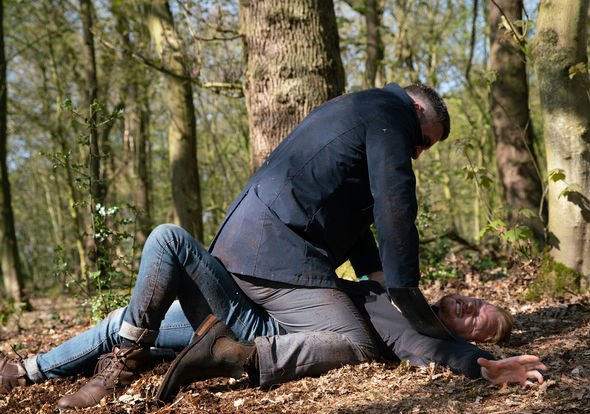 Turning on his heel, Gary walked away but Adam followed him and then shouted after: “Karma mate, whatever you did, it’s going to come back to haunt you.

It comes after official soap spoilers have revealed Brian Packham (Peter Gunn) will find Rick’s watch when he goes coin hunting in the woods.

But fans think, when Gary goes to dig up Rick’s body the grave will be empty.

Taking to Reddit to discuss this storyline, viewers spoke about Gary’s character and his inability to kill because of how kind he has been. 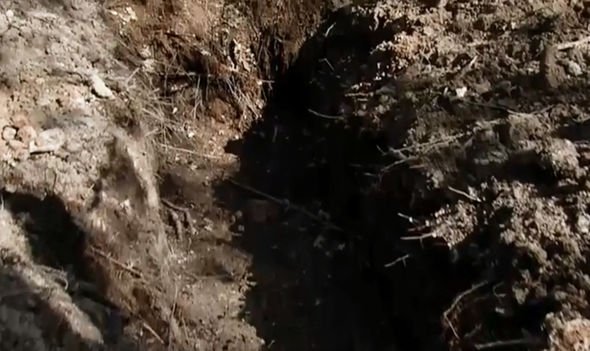 “He’s the least convincing villain ever. You could just step on him, the weasel,” one wrote.

“Tell that to Rick Neelan,” someone replied and then another stated: “Rick isn’t dead, I’d bet on it.”

“Fundamentally Gary isn’t a heel, have you ever seen him kill anyone? His moral compass is too strong. He even tried to save Derrick,” a fan remarked.

Someone else added: “He’s definitely not a heel, he provides jobs for local people and he did give Derek a number of chances, and he gave Ryan plenty of leeway.

“He took an absolute hiding off Rick Neelan and stood his ground after and was able to knock him off, it’s been a slow transition filling Neelans boots.”

“Gary buried Rick, can’t see that he could have dug his way back up through the earth,” one argued.

But another pointed out: “It was a shallow grave, would not be surprised if he managed to dig his way out of it.”

With these suggestions floating about, did Gary really kill his arch enemy?

After all, Gary just about teeters on the side of evil, there is a heart of gold in there somewhere.

And maybe his denial is in fact him telling the truth, he is not very convincing?