The Baileys arrived on Coronation Street last year and the family have all experienced their fair share of drama since arriving on the cobbles. However, Michael Bailey (played by Ryan Russell) left his family speechless when he confessed he had a secret child and abandoned his ex-girlfriend when she told him she was pregnant. But, now Grace (Kate Spencer) and Tianna (Naveh-Mae Maloney) are back in Michael’s life and he’s determined to do the right thing this time around.

Grace was with her daughter Tianna but refused to speak to Michael and stormed off when he approached her.

Later, Michael was forced to admit to his parents that he knew he had a secret child and had made no attempt to contact his ex-girlfriend.

When the budding entrepreneur learned of Grace’s pregnancy, he disappeared for a week as he came to terms with the news. 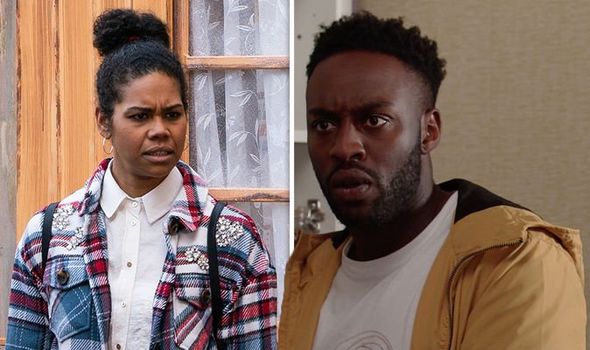 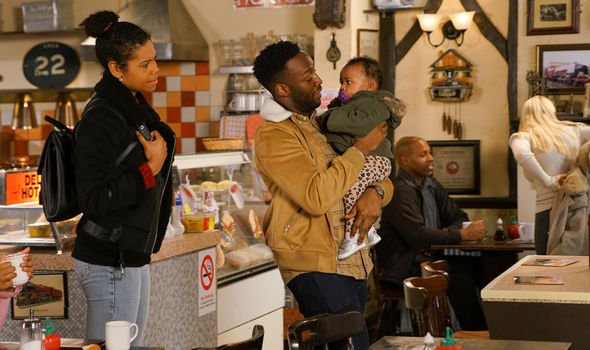 Grace realised her boyfriend wasn’t ready to be a father and cut him out of her life to prevent him from disappointing their daughter.

The Bailey son had made no attempt to reach out to his ex-girlfriend and having moved to the cobbles wasn’t expecting to come face-to-face with Grace.

Grace turned up on the Bailey’s doorstep and made it clear what she thought of her ex-boyfriend and his irresponsible behaviour.

She tells him that Tianna needs to a responsible dad and someone she can look up to and who will be a permanent figure in her life. 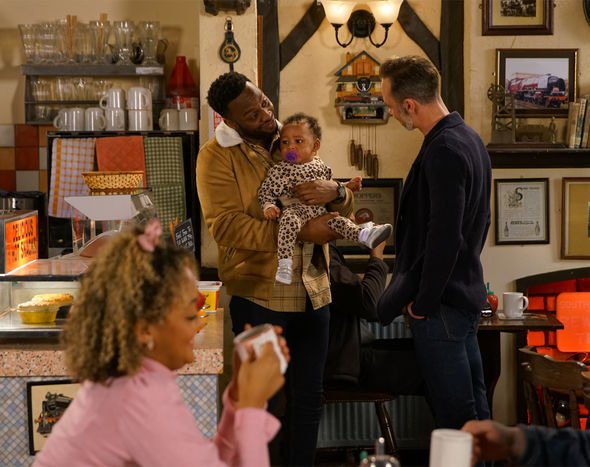 Angie Bailey (Lorna Laidlaw) made things worse for the budding entrepreneur by seeking legal advice from Adam Barlow (Sam Robertson) on behalf of her son.

Grace was furious when she discovered Aggie’s meddling but after she had calmed down she agreed to give Michael a chance.

However, Michael could be in for a huge shock in upcoming scenes as Grace struggles to let him have permanent access to their daughter.

Michael enjoys spending time with his ex-girlfriend and young daughter but he’s alarmed when Grace lashes out.

The hopeful businessman asks Grace if they can meet for a drink and sort a more formal arrangement.

But, when Grace flies off the handle, Michael’s suspicions are raised and he’s concerned as to why she’s so against his proposal.

Could Grace be hiding the devastating secret that Tianna isn’t Michael’s baby?

Meanwhile, Michael’s brother, James could be set to exit the Street after his sexuality was exposed by Danny Tomlinson (Dylan Brady).

Danny revealed his sexuality on social media and even though he quickly took down the post, it was too late and he had taken away the opportunity for James to come out on his own terms.

James is worried that his role as a football player will be compromised by his revelation and his fans won’t accept him for who he really is.

Now his secret has been threatened, will James decide to leave the Street?