Daniel (played by Rob Mallard) has been in turmoil of late on Coronation Street, unsure what it is he wants from his complicated relationship with newcomer Nicky (Kimberley Hart-Simpson). The father-of-one thought she might have been able to fill the hole he was feeling following the loss of his wife Sinead Tinker (Katie McGlynn) as he felt lonelier than ever. However, as his meetings with the sex worker have become public knowledge, it seems Bertie’s (Rufus Morgan-Smith) only living parent will put his romantic endeavours above the needs of his son. Will another ITV soap character jump in and take on custody of the youngster as they see Ken Barlow’s (William Roache) son as unfit to care for him?

The drama kicks off next week when Adam Barlow (Sam Robertson) and Kirk Sutherland (Andy Whyment) become concerned with how much time Daniel is spending with the sex worker.

Despite their worries, the father-of-one tells the pair Nicky is just a friend but they don’t fall for his guise.

It seems they are right to think so as the newcomer turns up at the troubled character’s flat with sandwiches for them to share over lunch.

As they begin to talk, the blonde tells Ken’s son she is going to venture into a new career path as she continues to clear her mounting debts.

They share a tender moment as she thanks Sinead’s widower for his support and for opening her eyes to what else there is in the world for her to do. 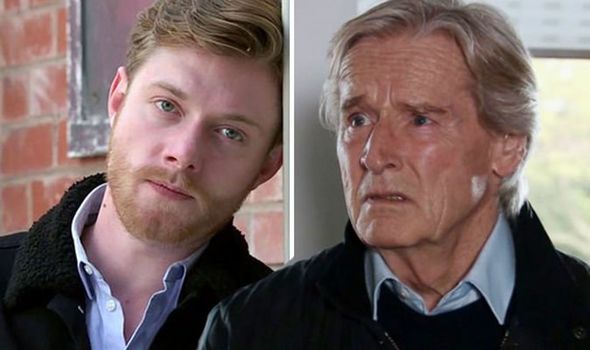 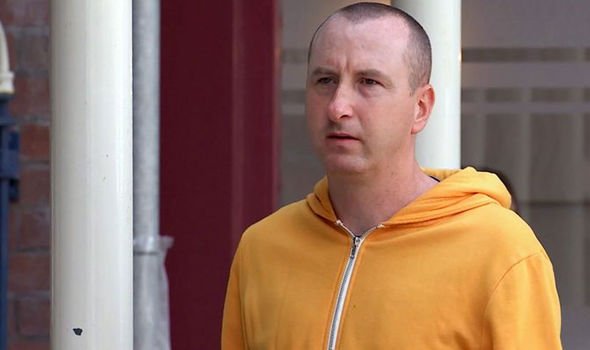 Nicky leans in closer to her friend and for the first time since they met, it seems both want something more to happen.

They’re later seen bidding each other goodbye at the tram stop but are spotted by Kirk, who has some concerning news for the father-of-one.

However, the troubled character assures his son’s great-uncle he won’t put his son in any danger and the sex worker won’t replace the youngster’s real mother. 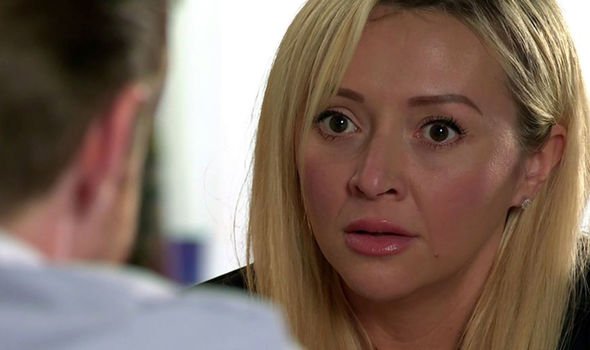 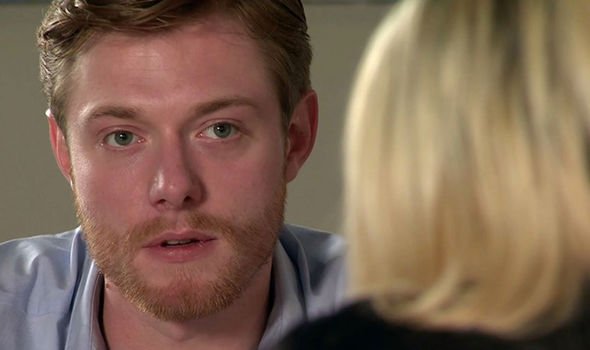 As developments continue in their relationship though, will Daniel agree to hand over custody of his son to Beth and Kirk so he can focus on himself for a while?

Of course, this would be a devastating loss for him, but with no direction in his life since Sinead’s passing the father-of-one could use this opportunity to his advantage.

With Nicky helping him as much as he’s supported her, the sex worker could be the person to put him on the right track.

Disapproving of the coupling, when it comes to handing the youngster back, will Beth begin court proceedings to ensure she becomes Bertie’s permanent guardian?

I actually love Nicky and Daniel

When Adam digs a little deeper into his uncle’s relationship with Nicky, he is shocked to discover they have finally slept together.

The hotshot lawyer urges Daniel to stay away from the sex worker, knowing she has had several run-ins with the law and could bring danger to his door.

Despite all the opposition, the father-of-one meets up with his friend again and asks her if they can pursue a romance together, even stating he will help her quit escorting for good.

Though he knows the sex worker still owes a lot of money and when he sees Geoff Metcalfe (Ian Bartholomew) has left an envelope of cash in the solicitor’s office, Daniel nabs the money for himself.

Can’t see this Brexit poll? Click here to open in your browser

Could this money help the pair to start a new life together and will Bertie be a part of their future together or will they take time for themselves to enjoy a romance?

Taking to Twitter, viewers of the soap seem to be behind the coupling with one writing: “Are Nicky and Daniel Weatherfield’s version of Edward and Vivienne in Pretty Woman? #Corrie.”

Another added: “I actually love Nicky and Daniel #corrie,” whilst a third commented: “I really like Nicky, kinda hope she sticks around for a while #corrie.”

“Do you think Nicky really cares about Daniel? I think that she does. #Corrie #CoronationStreet,” a fourth remarked so is there a future for the pair?