On Sunday, the seal named Freddie Mercury was put down after he was attacked by a dog on the banks of the River Thames. Freddie’s winds included a broken bone, dislocated flipper and joint, ligament and nerve damage. Discussing whether a dog should be put down if it is involved in an attack on Good Morning Britain, Kate Garraway suggested dogs only be taken off a lead on private land. However, Chris Packham did not agree with her suggestion as it could mean many would not be able to own a dog.

“What we’ve got to remember here is that up until about 17-13,000 years ago, all of our dogs, from everything from Chihuahua to Great Dane were wolves and wolves are predatory animals,” Packham began.

“As much as we have domesticated the dog, we haven’t taken that primal instinct away from it completely.

“You can see one of my poodles behind me. I often like to say, you can take the poodle out the wolf but you can’t take the wolf out of the poodle.

“As a consequence of that, they retain this desire to sometimes chase and attack other animals. 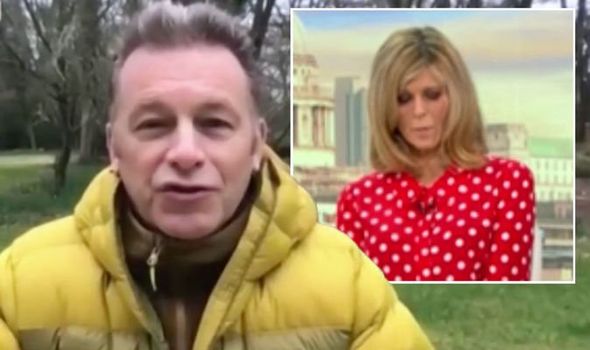 “Now, each dog has an individual personality just as we do, so some have a strong prey drive, some, like my poodles have a more diminished prey drive.

“Although I’m rather pleased I didn’t see a squirrel over my shoulder. As a consequence of that, it’s up to us as the owners to responsibly manage the dog.

“Now I have got to say, at the weekend with that very tragic incident with Freddie the Seal, had that dog been on a lead, that attack would not have taken place.

“If that dog was trained not to chase and attack wildlife, it would not have taken place. The onus has to fall upon us as the owner to make sure they can manage their dog properly.” 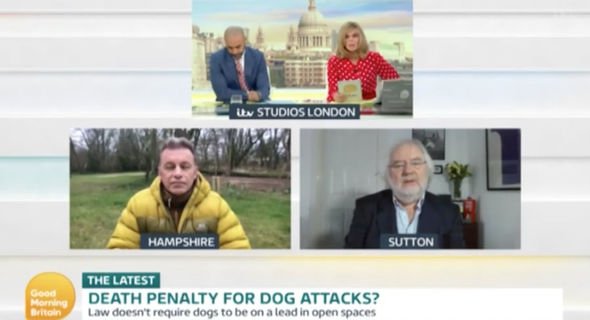 “Sometimes crowded, albeit socially distanced, and it says we have come to a point now where all dogs on public land should just be a law to have them on a lead unless on private land,” Garraway replied.

“Some of the responses to this are not everybody has enough private land so you’re effectively saying only certain sorts of people can own dogs.”

Packham continued “Well I think that’s entirely inappropriate. There are 10 million dogs in the UK, there are plenty of spaces where they can be exercised off the lead and that can happen safely so long as that dog is safely off the lead.

“What we need to establish here is if you’re a dog owner, it’s up to you to make sure that dog is under control.

“Now my two dogs here at the moment are sometimes exercised in the New Forest National Park.”

The owner of the dog who attacked Freddie the seal said they were “heartbroken” by the incident and “apologises unreservedly”.

Rebecca Sabben-Clare said: “I am heartbroken by this terrible accident.

“As an animal lover, I fully understand the dismay that has been expressed.”

The commercial barrister added they wished the dog had been on a lead but at the time ”did not seem necessary”.

“I left for my own safety and that of my dog, believing that there was nothing that I could do to help as the seal was being looked after by a vet and help had been called,” she continued.

“I offered my contact details to the vet before leaving.”