The Hollyoaks star is unable to understand his date's pronunciation of chicken nuggets, forcing him to try and lip read before giving up all together. 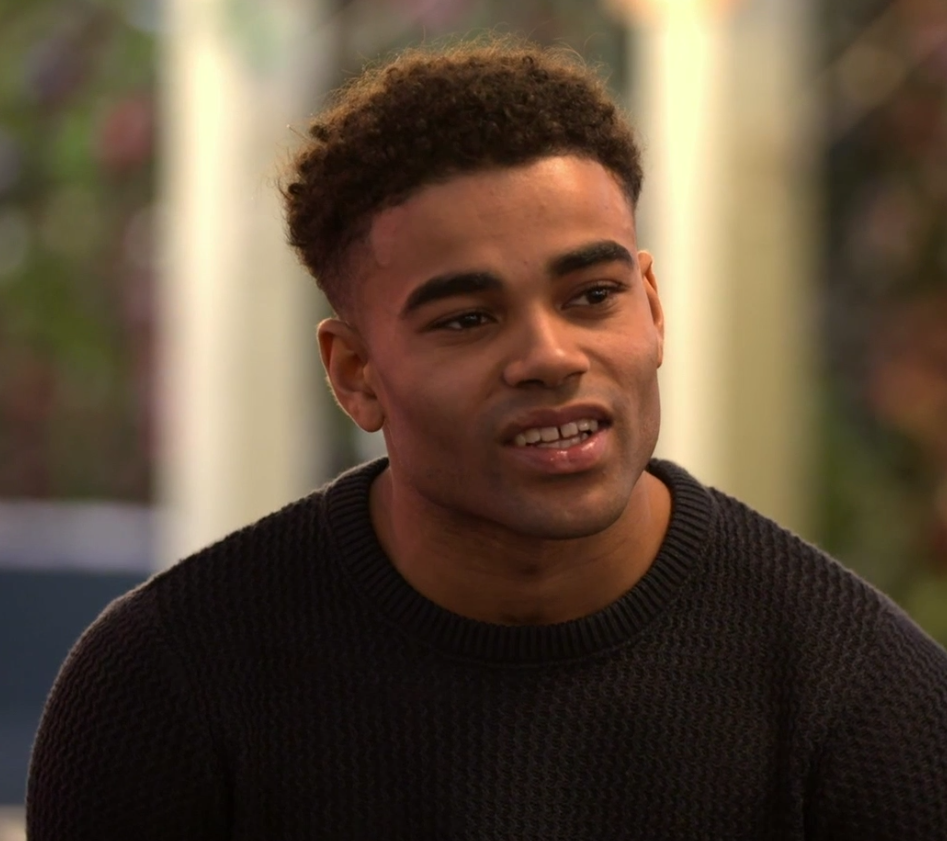 His date asks: "What's your favourite food? Do you like chips, cheese and gravy and stuff like that?"

He replies: "That sounds disgusting, I'm not going to lie."

Undeterred, she continues: "And chicken nuggets on top."

But it all goes wrong at this point, with Malique eventually telling her he doesn't know what they are. 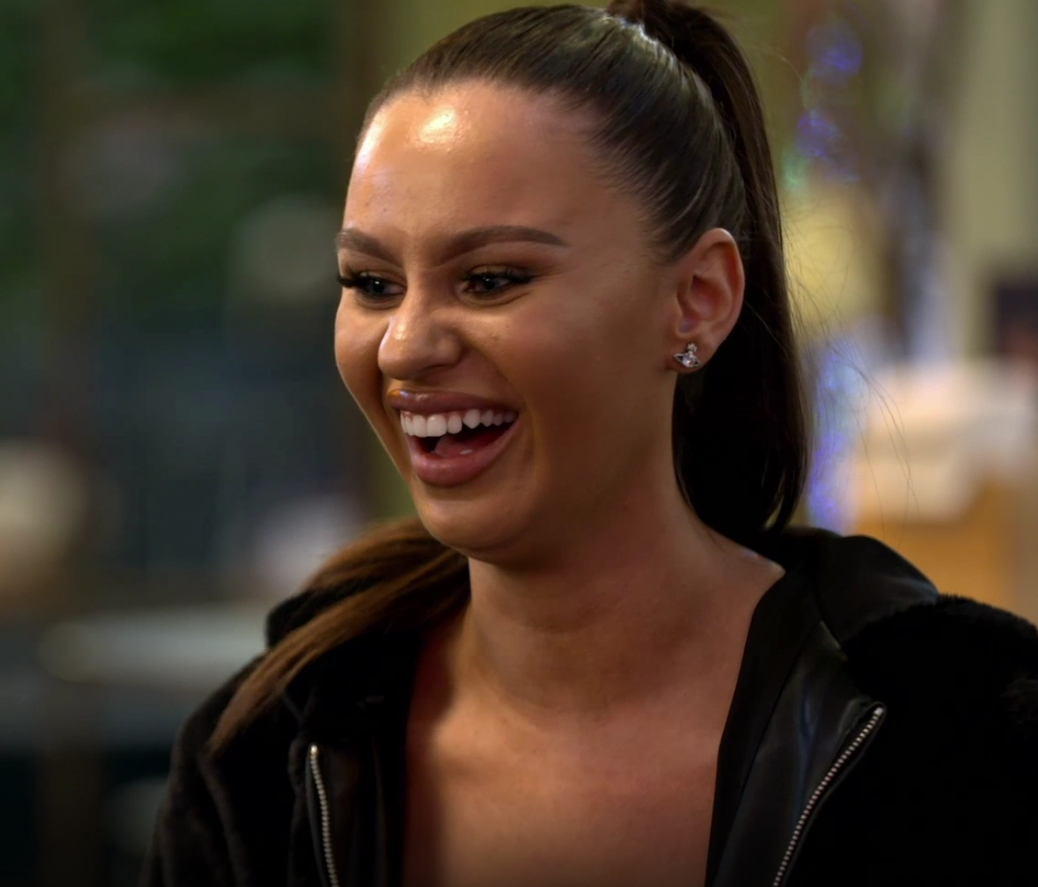 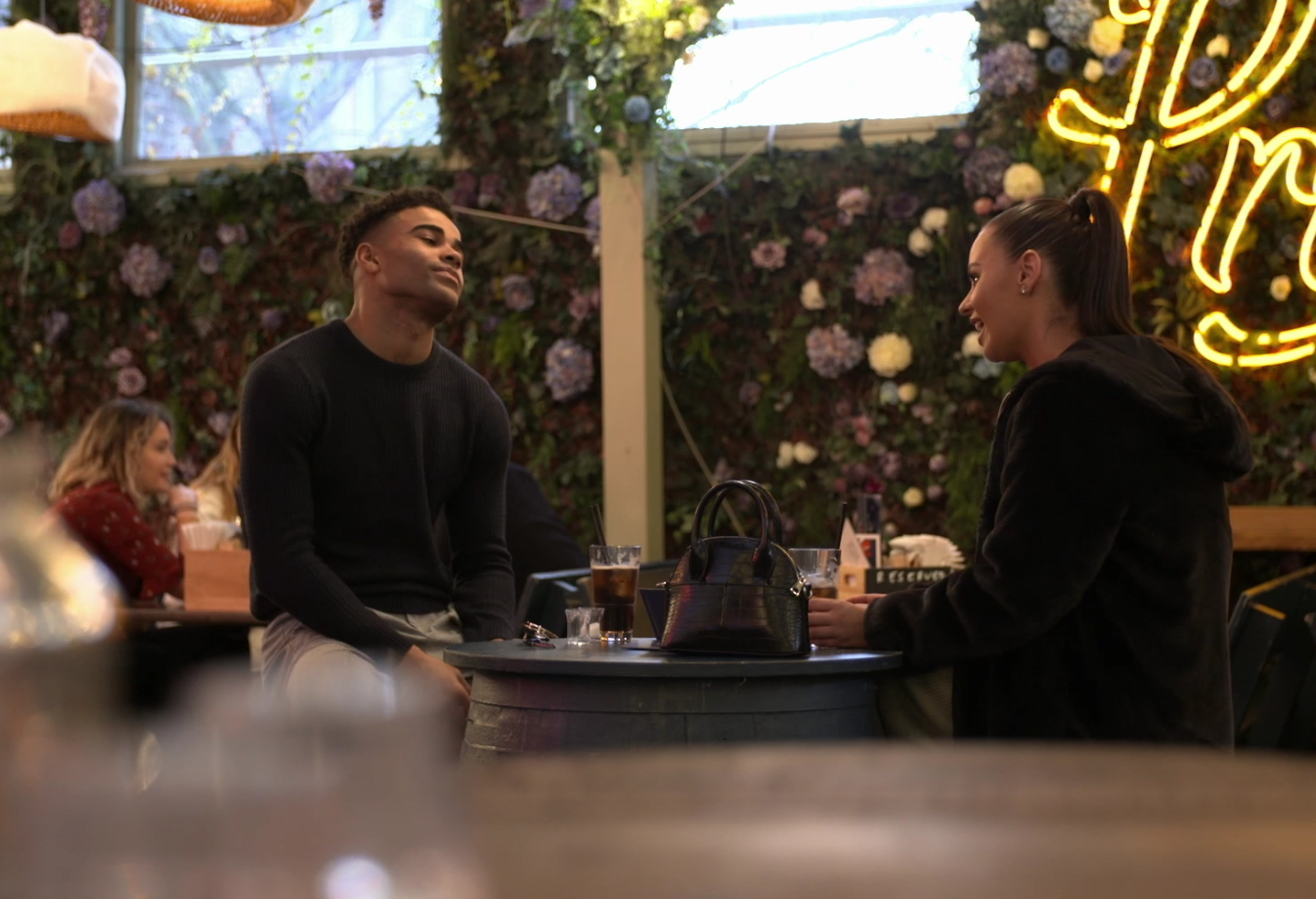 When the penny finally drops, an embarrassed Malique puts his head in his hands.

The star, 22, used the same chat up on line on two different women while they were within earshot of each other, much to viewers' horror.

He had already admitted he had a foot fetish to dating coaches Paul Carrick Brunson and Anna Williamson and wasted no time letting a woman called Jakeeme know in the mixer.

"I know who you are," he told her. "You're the one with the nice feet.

Before she had time to respond, another woman, Danica, moved in for a chat with Malique. 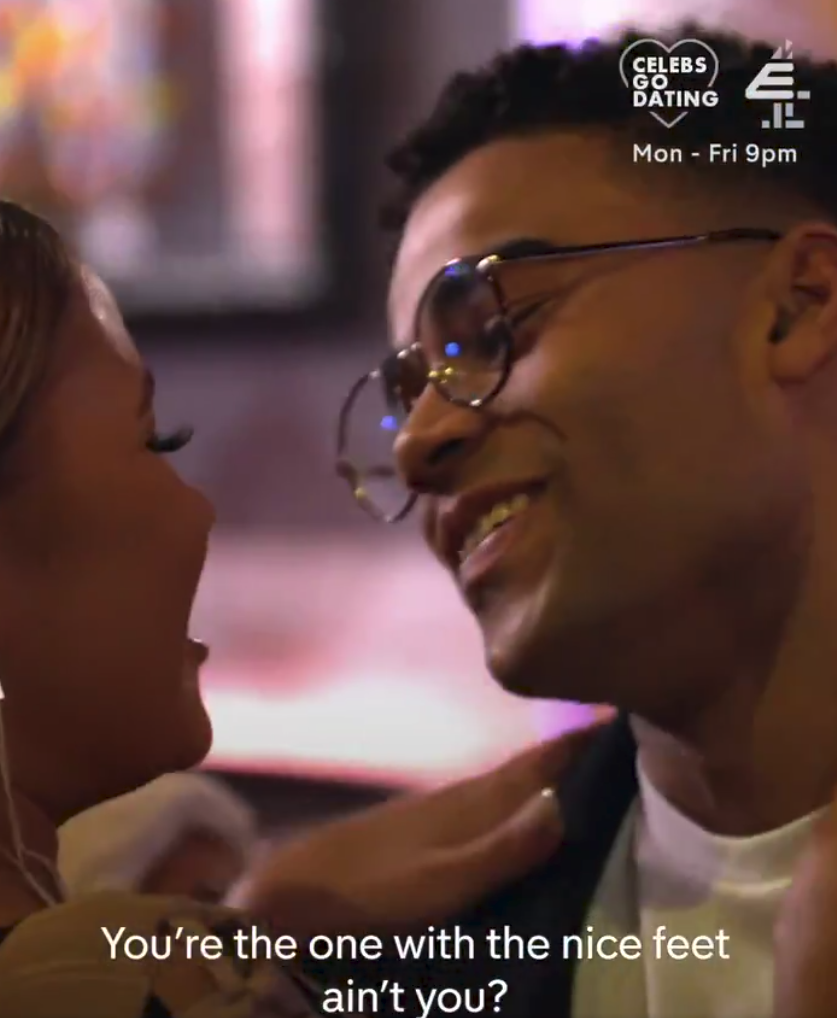 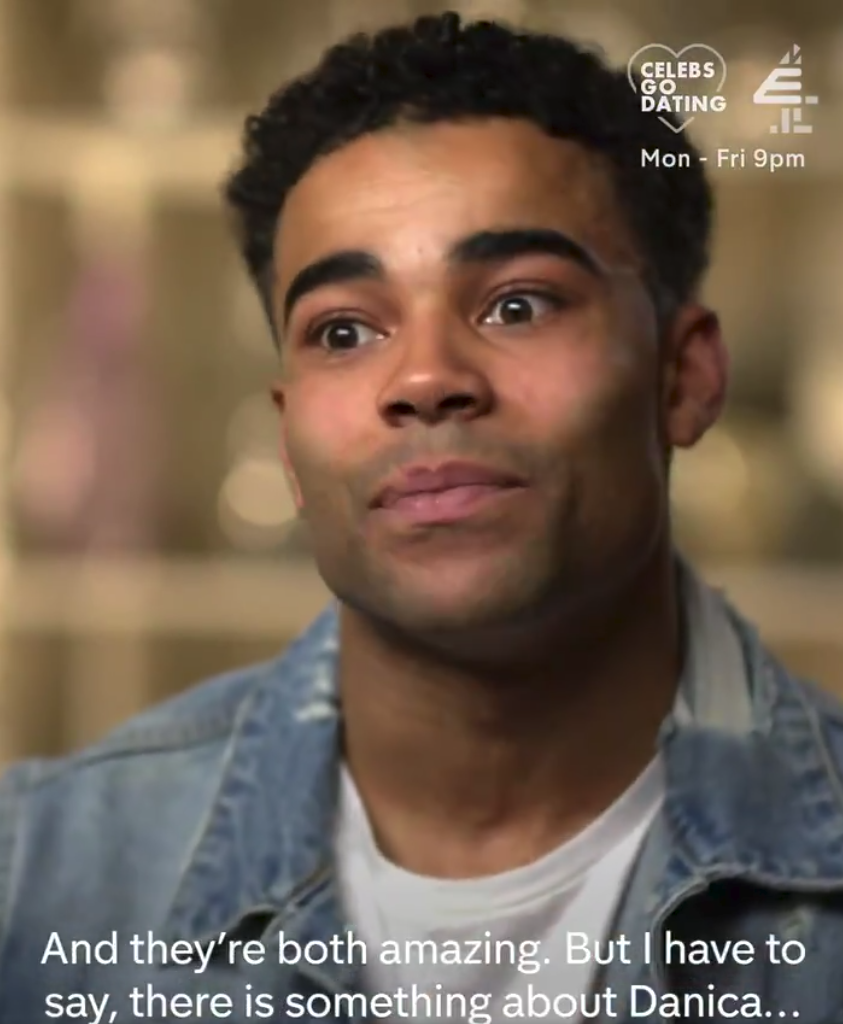 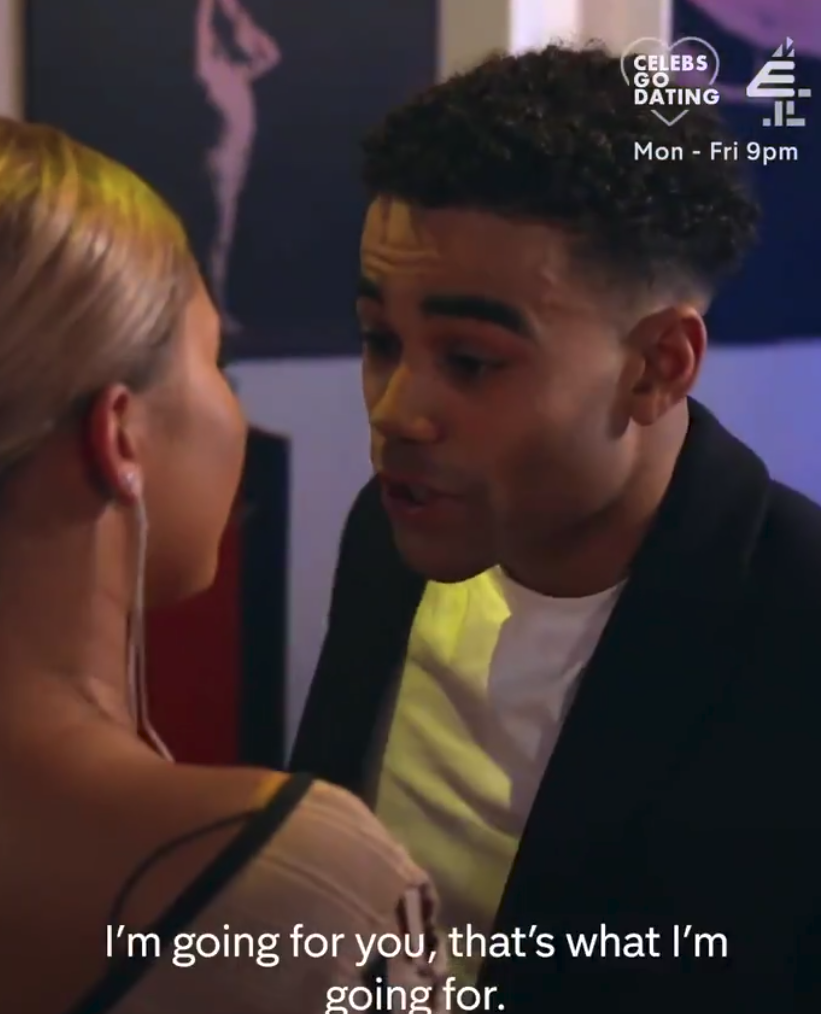 It prompted the actor to say: "I'm not even going to lie, Danica, I searched you up on Instagram."

And he tried the kiss line again, this time with a stunned Jakeeme watching on.

He said: "I just want to kiss you right now. Can I? Can I get a little kiss?"

It proved too much for Jakeeme, who cut her losses and walked away.

The show's official Twitter account was just as shocked, writing: "WE CAN'T BELIEVE WHAT WE'RE SEEING! @officialmal is using the same pickup line a whole 0.3 seconds after using it before."

Viewers found it difficult to watch, with one writing: "He's coming across as predatory! Uncomfortable viewing."

Another posted: "Good grief he is a predator and he wants a woman to take place of his mum Neutral face."

As a third said: "I felt uncomfortable watching him tonight Grimacing face#CelebsGoDating."

He was forced to apologise after getting drunk on the show and acting like a “predator”. 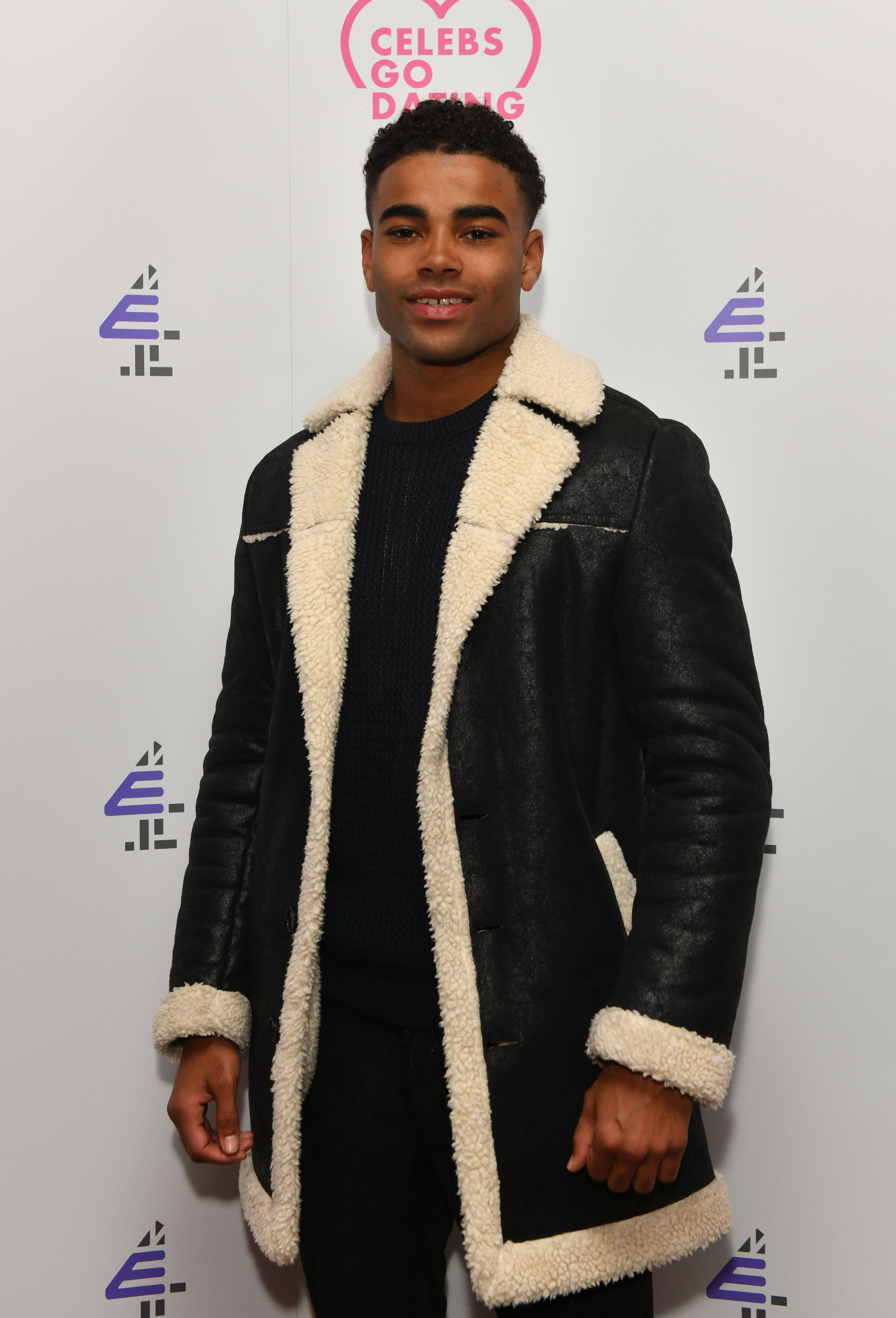 Speaking at the launch of the new series after watching back his antics, he said: "Can I just say I was very drunk … I'm not drunk now, I do love feet. I'm not going to lie."

He went on to say he felt like a “predator” during his first mixer as he honed in on the women he fancied.

While he was "nervous" about appearing on the show, he admitted the drink "helped me out a lot" during the first episode.

Malique and his co-stars, Amy Childs, Amy Hart, James Lock, Dean Gaffney, and Olivia Bentley had to speak to a room of strangers and ask two out on dates during the first mixer. 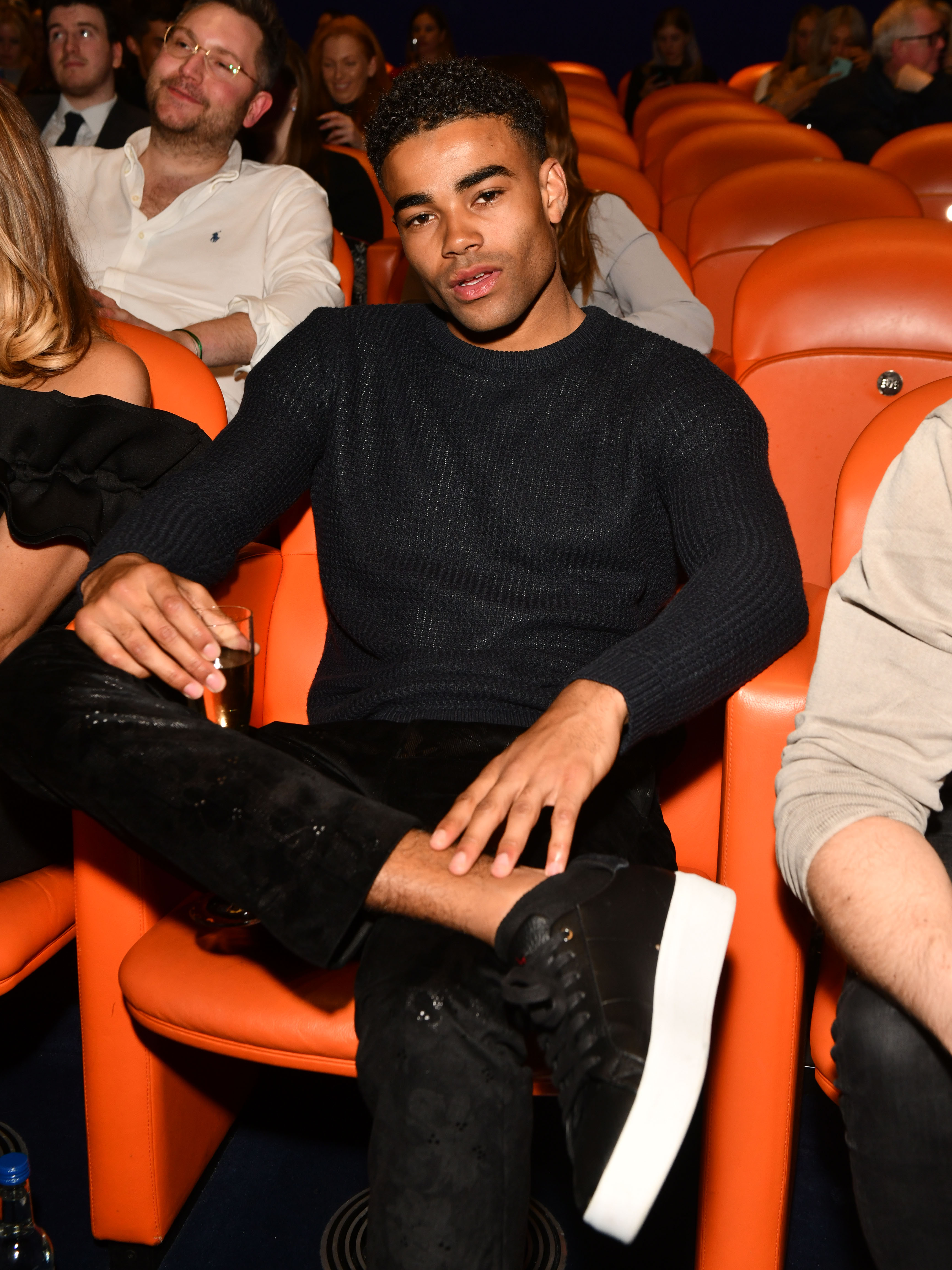 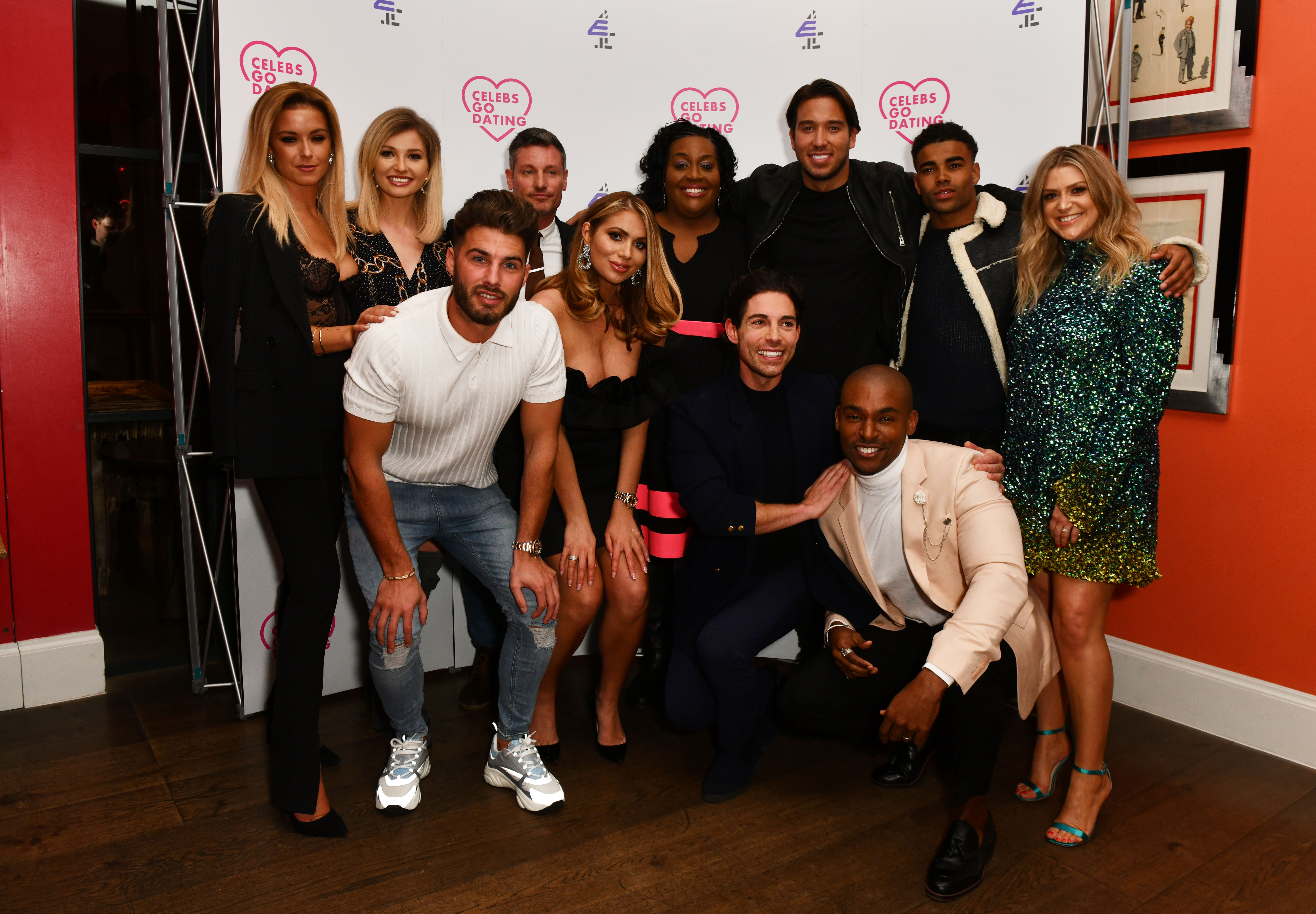 Malique said: "I was quite nervous coming onto the show.

"But I enjoyed myself a little bit too much.

"I'm getting to the age now where I'm kind of taking over everything myself.

"It would be lovely to come home and have a lovely lady cook me dinner and that. What can I say?

"I think the drink helped me out a lot. I think if I was sober I would've handled it a lot different. But I was in the mood.

"I remember speaking to Lockie before and saying how nervous I am.

Despite starring as Prince McQueen on Hollyoaks for three years and appearing in I'm A Celebrity… Get Me Out Of Here!, Malique found it "strange" having so many cameras around on Celebs Go Dating.

He said: "I'd like to say I'm used to having cameras around me but coming on the show and to the agency I actually realised that I'm not.

"It's strange having loads of cameras in my face."