Home » TV and Movies » 'Captain Marvel' Got a Lot of Hate, But Many Fans Agree She Has the Best Costume in the MCU

The costume of a superhero is everything in symbolizing their power and in bringing a specific aesthetic for the big screen. Audiences have seen evidence of this for decades, going as far back as the first Superman movie franchise. After a while, these costumes start to become a familiar brand symbolizing who the superhero is.

This was the challenge the MCU had to deal with when presenting a female Captain Marvel for the first time. Landing Brie Larson to play the role was already a coup (arguably). Designing her costume, though, would require designing more detail than anyone might have initially noticed.

Recently, an image was shared on social media from Larson’s screen test. It showed everyone exactly how detailed her costume was, if not exactly as how it appeared on-screen. 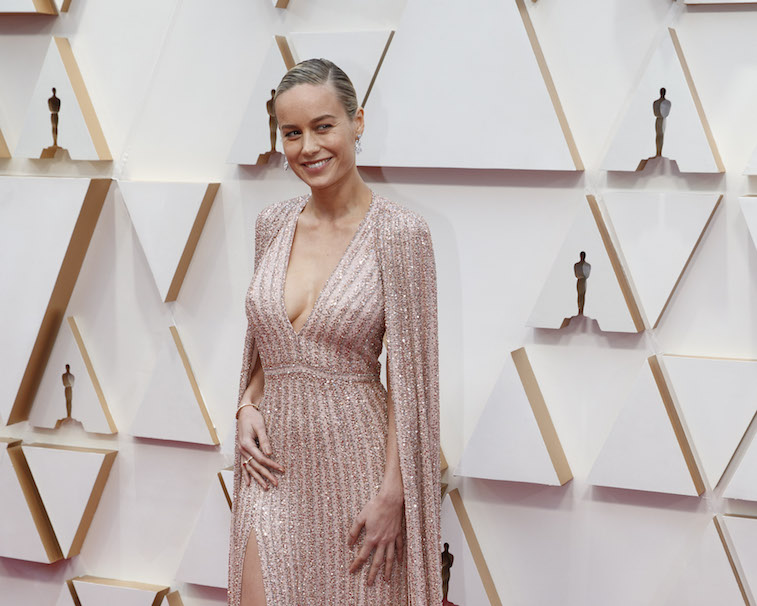 As seen on a Reddit thread recently, Larson is seen in her screen test wearing a bright, colored Captain Marvel suit. In the shot, it’s clear Larson chose to wear her hair long as well.

Commenters noted how good she looked with long hair, something ultimately changed in the movie. It makes one wonder if all the fan hate Larson had to endure about her role as Carol Danvers was due to a last-minute change in her appearance.

Perhaps had the production team kept her looking like she did in her test shots, the criticisms would have been lessened. However, it was clear it was far more than that and more comic book purists having beef with making Captain Marvel a woman.

It’s still a shame Larson had to go through the brunt of social media criticism just because people didn’t want a woman in the role or what she looked like. At least her suit seems to have a consensus of appeal, if looking much brighter during the testing phase.

A look at the design of Captain Marvel’s suit

The point of the above Reddit thread was to marvel over the Captain Marvel suit and what it symbolized. Details behind the design were stunning, including placing more symbolic elements in there than what was readily noticed in theaters.

This suit was designed by Andy Park, Marvel Studios’ director of visual development. In his preview of the suit last year, he noted he tried to emulate the later suit from the comic books while making it practical for Brie Larson to wear.

One thing not noticed prior was the triangular shapes Park placed into the suit as symbols of power. What’s most interesting, though, is how bright the colors are on the suit during Larson’s test shot above. Why it looked brighter in the previews is kind of curious considering the colors were toned down in the film.

Why this occurred is a bit of a mystery, other than maybe concern about the suit overshadowing Larson’s physicality or expressions.

Will the suit stay the same in the upcoming sequel?

Everyone knows a Captain Marvel 2 will be arriving in the next couple of years. One has to wonder if the suit will be revised for the sake of giving more focus on Larson’s acting. Many are hoping the sequel will take place in the post-Endgame time rather than another flashback so the focus can be on the title character.

After seeing the test shots above, it wouldn’t hurt to allow Larson to appear with a brighter suit and with longer hair based on the positive response. Marvel is no doubt paying attention, even if they seem to go their own way, no matter the public response.

At least it’s known now the suit had a lot of creative thought put into it. The least Marvel could do is make the details more visible in the next film so Andy Park’s design can become iconic for the history of superhero films.