Home » TV and Movies » Can the Oscars Avoid the Curse of Pandemic-Era Awards Shows? 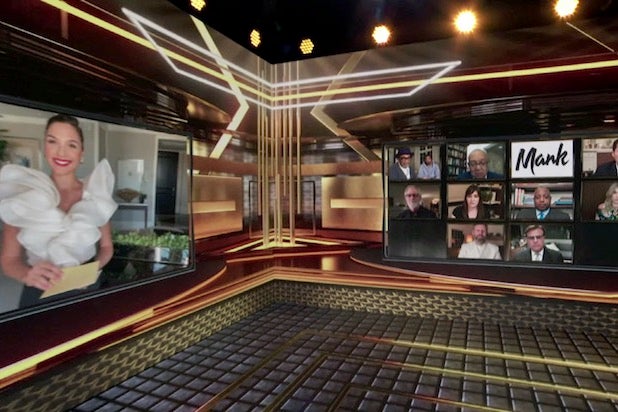 This may be jumping the gun, since Oscar nominations aren’t being announced until Monday and the show is still more than six weeks away, but I just don’t see how the Academy Awards are going to avoid the curse of pandemic-era awards shows.

We don’t know the details of what producers Jesse Collins, Stacey Sher and Steven Soderbergh are planning, except that it’ll involve multiple locations. And we don’t know what the climate will be like for large gatherings in Los Angeles County in late April, except that things seem to be getting better. We do know that almost every awards show before the Oscars has already committed to a virtual ceremony, with the Screen Actors Guild Awards taking the most drastic approach — and to my mind, the smartest: Instead of trying to do a virtual version of a regular awards show, they’re going to announce the winners in a one-hour, pretaped special.

But let’s face it: Unless Oscar nominations come with a side of vaccine this year, a full-scale Academy Awards is going to be pretty impossible. And that means, gulp, another virtual or semi-virtual ceremony.

You might have noticed that those don’t really work. I haven’t seen one that isn’t annoying at times and cringeworthy at others; the Emmys might have been the most palatable because we hadn’t yet gotten completely sick of Zoom acceptances speeches, but that show still worked so hard to overcompensate for the lack of a live audience that it flailed more often than it soared.

And the ones since then have just been wearying. Awards-show humor is funnier if you can see it connecting with a live audience, and emotions feel more real if they’re being expressed in front of people instead of a computer screen. (I make an exception for 8-year-old “Minari” star Alan Kim, whose tearful Critics Choice Awards acceptance speech was about as good as these things get.)

Now, I admit that I don’t know what tricks the Oscar producers might be planning, although I do think that it was a real coup that the Academy talked Steven Soderbergh into taking the job. He’s an imaginative guy, after all, and the fact that his official Oscar producer head shot has him dressed in Ringo’s outfit from the cover of the Beatles’ “Sgt. Pepper” album might be an indication that he has some crazy ideas to invigorate the show.

But can you really invigorate a virtual awards show? Isn’t it better, maybe, to just get it over with? That’s why the SAG Awards plan seems to make perfect sense — because by taking a two- or three-hour show and compressing it into a single hour, you stop trying to pretend you can have a real awards show, and you cut to the nitty gritty: the winners.

(Plus, the Academy is apparently going to throw in those “I am an actor” bits that usually open the show. Those seem like the kind of things that could translate quite well to a virtual presentation.)

SAG, of course, will still face its own big problems. Namely, how do you convene all the nominees in each category in a series of private Zoom rooms a few days before the show, reveal who won, let that person make an acceptance speech, and then not have leaks? I mean, do they really trust Jason Bateman, Nicholas Hoult, Frances McDormand and Helena Zengel not to spill the beans? (I tossed out those names at random, of course.)

I have my own ideas for how to give the Oscars a shot of adrenaline this year (they mostly involve Steve Kornacki, and I’ll go into more detail later), but I’m not persuaded that anything will help when you’re mounting a live show on a virtual platform and honoring films that rarely saw the inside of a theater. And I doubt the Academy can do anything to prevent record low ratings, which are pretty much par for the course for every awards show these days.

Good luck, Ringo and crew. I hope you get a lot of help from your friends, and from those folks with masks and syringes.