Black Narcissus premeired tonight (Sunday, November 27) on BBC One and all three episodes are available to stream on the BBC iPlayer now. Episode two continues tomorrow evening (Monday, December 28) with episode three concluding on Tuesday, December 29 at 9pm on BBC One. Gemma Arterton leads the cast of Black Narcissus but fans are curious to know who plays Sister Briony. Express.co.uk has everything you need to know,

Black Narcissus on BBC is based on the 1939 novel of the same name by Rumer Godden.

The three-part adaptation includes many of the books original characters, including Sister Briony.

Sister Clodagh is leading a mission to the palace of Mopu in a remote part of the Himalayas, known as the House of Women.

When Clodagh, Sister Briony and fellow nuns arrive, they meet General Toda Rai (played by Kulvinder Ghir) who has donated The House of Women to Clodagh and the nuns of St Faiths in the hope they will be able to rid the palace of unhappy memories connected to his late sister Srimati (Gianni Gonsalves).

Rosie Cavaliero takes on the role of Sister Briony in Black Narcissus on BBC. 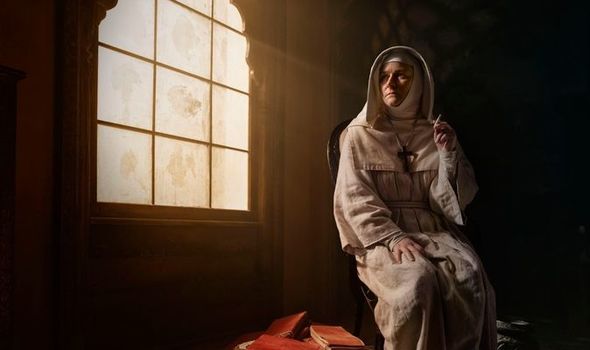 We will use your email address only for sending you newsletters. Please see our Privacy Notice for details of your data protection rights. Black Narcissus cast 2020: Who is in the cast of Black Narcissus?

Cavaliero is a Brazillian-born English actress who has starred in numerous television roles and become a familiar face in British comedy.

Most recently, she starred in Code 404, Gentlemen Jack and Friday Night Dinner.

In Code 404, Cavaliero plays the role of DSC Dennett, starring alongside Stephen Graham and Daniel Mays.

In Gentleman Jack, Cavaliero took on the role of  Elizabeth Cordingley and in Friday Night Dinner, she guest starred as The Other Jackie.

Her other well-known television credits include Marion Kelsey in Unforgotten, Marina Green in The Children Act and Melaniein Doc Martin.

Cavaliero is well known for her evergrowing stage and radio career, most recently starring in the drama Broken English on BBC Radio 4.