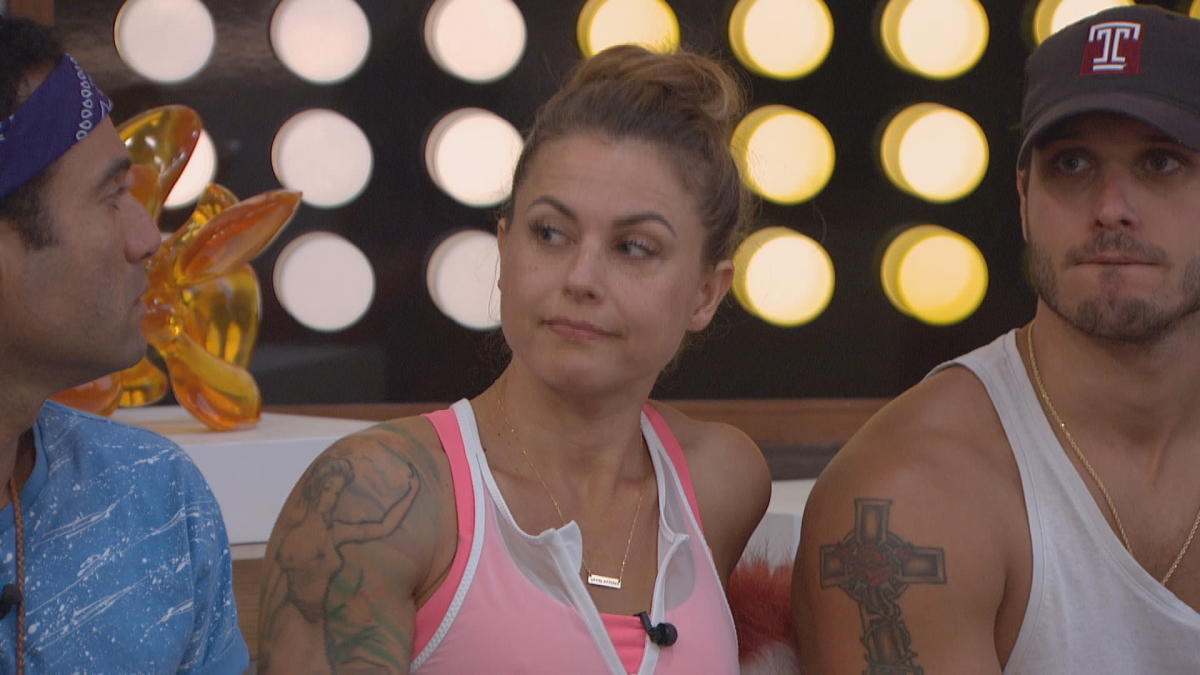 Big Brother spoilers have Christmas Abbott formulating a plan for what she will do at the upcoming Nomination Ceremony.

During the Thursday night episode, Christmas won the Head of Household Competition, taking over the power in the house.

It was an amusing way for Christmas to win, as her opponents in the challenge eliminated themselves, giving Christmas the win without actually doing anything.

No matter how she got the power, Christmas now calls the HOH Room home and she gets to decide the targets for the week.

Who is Christmas nominating for eviction?

Christmas is probably closest to Tyler Crispen in the house, even though she is still part of the core alliance called The Commission. That means she is also working with Cody Calafiore, Memphis Garrett, Nicole Franzel, and Daniele Donato. But Christmas may be ready to move on from Dani.

Meeting with Tyler after she won HOH, Dani basically named Bayleigh Dayton, Da’Vonne Rogers, and Dani as the three people she would be considering putting up. After chatting for a while, they decided that Bayleigh was the one who needed to go home before the BB22 jury started forming.

It seems extremely likely that at the Nomination Ceremony, Christmas will nominate Bayleigh and Da’Vonne, with Bayleigh being the primary eviction target for the week.

Will the BB Basement play a role in nominations?

Host Julie Chen Moonves let CBS viewers know that the BB Basement will open this week. It is the new secret room within the Big Brother house and it could have a bigger impact that the Safety Suite.

We don’t know when the BB Basement will officially open, but producers used the Safety Suite as something for the houseguests to do before the Nomination Ceremony each week.

Since there are powers coming from the BB Basement, it’s entirely possible that the houseguests will play in that challenge before the Nomination Ceremony takes place later on Friday.

Stay tuned, because we will make sure to pass on additional Big Brother spoilers that could come from the houseguests getting to explore that new room in the house. With the way that Julie hinted at the powers coming from it, there may be something that impacts the next Eviction Ceremony on Thursday night.

If something gives Bayleigh and Da’Vonne safety for the week, Dani could wind up on the block and the fireworks might finally get started this season.