In The Big Bang Theory fans came to learn Sheldon Cooper (played by Jim Parsons) did not have a great relationship with his dad. George Cooper Sr was not featured in the series as he supposedly died 13 years before the show began. However, he appears a lot in the spin-off prequel, Young Sheldon, and is played by Lance Barber.

In the original series Sheldon claims his parents had a rough marriage as they fought all the time.

Their noisy disputes left Sheldon traumatised and he has never spoken highly of his dad since.

Sheldon describes his dad to his friends as being a redneck-style Texan with a strict nature.

Fans have spotted the same Young Sheldon actor plays another character in The Big Bang Theory. 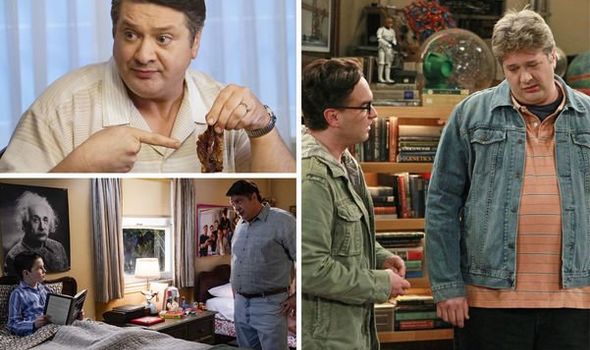 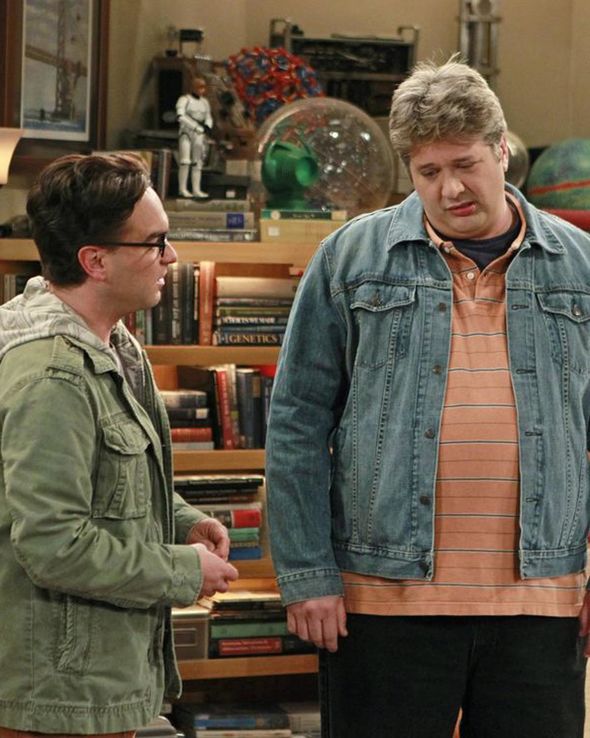 Yoda892 posted on Reddit: “Anyone ever notice season 5 E 11 Leonard (Johnny Galecki) confronts his bully who is played by the father of Sheldon in the series Young Sheldon?

“Therefore Sheldon’s dad is Leonard’s bully in another TV show based in the same universe?”

The episode referred to is called The Speckerman Recurrence and in the episode Leonard faces off with his high school bully, Jimmy Speckerman.

In the episode Jimmy (played by Lance Barber) contacts Leonard through Facebook and tells him he wants to meet for a drink. 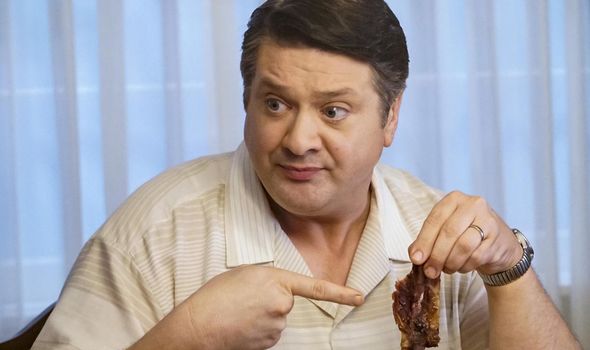 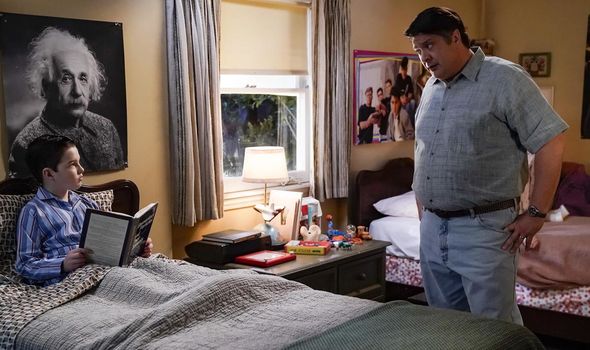 Jimmy meets up with Leonard and acts as though they are old friends, leaving him feeling uncomfortable.

He says he has come up with an idea to invent glasses which turn films 3D and Leonard was the smartest person he knew who could help him.

Jimmy proceeds to call Leonard “Nancy” in the episode, which was his old childhood insult for the character.

Although it is not likely this casting decision was made by accident as it is not unusual for the same characters to appear in crossover shows.

Fans have come to the decision in terms of casting they must interpret the two shows as two completely separate universes.

Viewers are waiting to see if the Young Sheldon storyline addresses the fact his dad dies, as the plot twist is yet to happen.

Another character who was recently revealed to have crossed over to Young Sheldon was Kaley Cuoco who plays Penny.

Fans were surprised to find out she had actually voiced a character called the pool monster in an episode of Young Sheldon.

Viewers had no idea of the casting in advance as the actress is not credited on the episode and her role in the new series was not advertised.

Dedicated fans found out through recognising her voice and took to the internet to ask if it really was Penny they were hearing.

Creators of Young Sheldon confirmed it was indeed Cuoco providing the voice, saying she was the number one choice for the part.