Leonard Hofstadter (played by Johnny Galecki) and Sheldon Cooper (Jim Parsons) have become household names around the world thanks to Big Bang Theory. The science boffs quickly endeared themselves to CBS viewers with their socially awkward antics and razor-sharp comebacks. Leonard even ended up married to attractive neighbour Penny (Kaley Cuoco) by the time the series ended, but it’s a conversation the pair had early on in their love story which has left viewers scratching their heads.

Leonard wasted no time making his intentions with Penny known – fans will remember how besotted he was in the pilot.

However, he would often use his self-deprecative sense of humour to bring a laugh out of the Big Bang Theory favourite.

Leonard did so in season one, episode nine, The Cooper Hofstadter Polarization when the topic of his height was brought up. 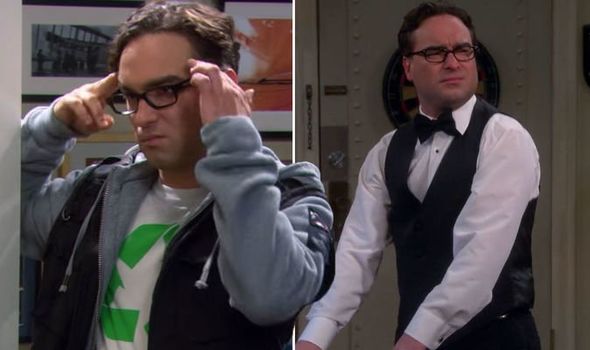 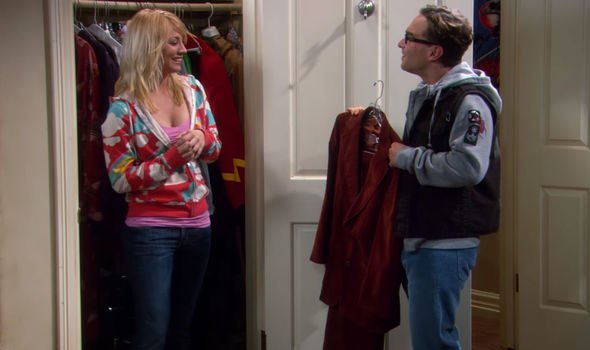 In the episode, Penny helps Leonard choose an outfit for him to wear as he prepares to deliver a speech to his peers at work about his latest scientific discoveries.

However, she’s not exactly best pleased with what Leonard has in his wardrobe, taking particular issue with an old corduroy suit and paisley shirt.

Penny was also left less than impressed with Leonard’s only tie, even after he points out it’s reversible.

This prompts her to ask Leonard: “Is this all your clothes?” 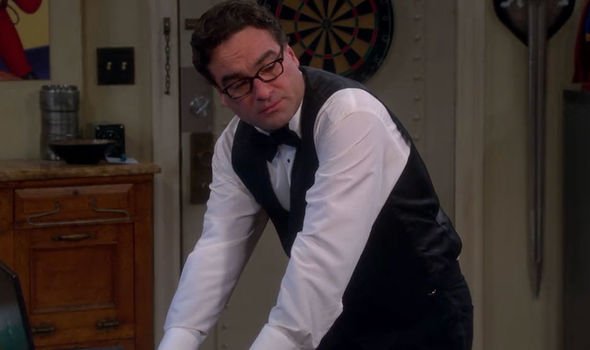 Leonard retorts: “Yup, everything since the eighth grade. My last growth spurt.”

Penny concedes defeats and tells Leonard to go with the corduroy suit for his big moment.

A seemingly innocent exchange between the pair until you fast-forward to season eight.

In the eighth episode of the season, titled The Prom Equivalency, the gang are holding their very own prom night.

Penny and Leonard are a couple by this point while Sheldon is in a relationship with Amy Farrah Fowler (Mayim Bialik).

However, as the gang prepare for their special evening, Leonard completely contradicts what he’d told Penny eight seasons earlier.

When discussing the high school proms each of the group attended or did not attend, Leonard revealed he went through a growth spurt shortly after his.

But surely Leonard did not have his high school prom in the eighth grade.

Does this mean he lied to Penny in the first season? Or had he forgotten about the post-prom growth spurt?

Or could it be an oversight in the writing and, therefore, a plot hole in the backstory of the character?

Fans flocked to online forum moviemistakes to point out the blunder.

The Big Bang Theory is available to stream on Netflix UK now.