Film will be based on Hall of Famer’s 2017 autobiography “Game Face: A Lifetime of Hard-Earned Lessons On and Off the Basketball Court” 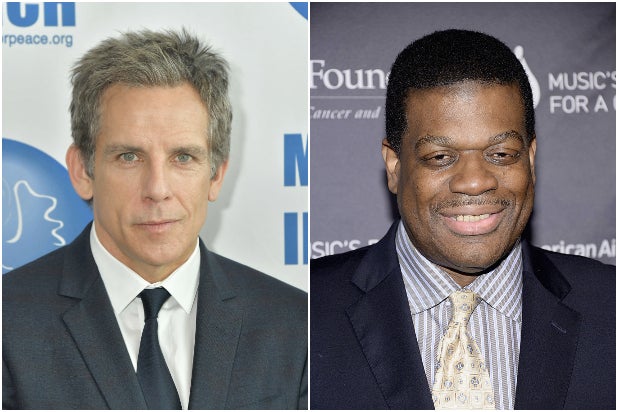 Ben Stiller will produce a film about the life of his favorite basketball player, New York Knicks and NBA legend and Hall of Famer Bernard King.

The film will be based on King’s autobiography “Game Face: A Lifetime of Hard-Earned Lessons On and Off the Basketball Court” from 2017, and it would chart King’s journey from the playground basketball courts in Brooklyn and living in the projects to eventually making it to the NBA.

Stiller is a New York Knicks superfan, and he along with Nicky Weinstock of Red Hour Films are joining the producing team of Ted Field and Radar Pictures and Rodney Henry and Protege Pictures for a film based on his memoir.

Bernard King’s memoir follows him through his college years in Tennessee and how he was out on his own for the first time in the South as a 17-year-old Black man. King in his memoir also reflects on how being surrounded by women, nightlife, fashion and music affected him and brought him to an all-time low when he shattered his knee and was told he would never play again, leading him into seclusion for two years before he returned to the court.

Henry acquired the rights to King’s memoir upon reading the book and brought it to the producers.

“This story can be an inspiration to many others as it was to me. It’s amazing how through racial injustice times Bernard was able to reach is dream of playing in the NBA; but to also get back up from a life shattering injury that could have brought him to a downward spiral where he could have lost it all but through determination and hard work climbed back up to the top,” Henry said in a statement. “Having Ben aboard to help develop such an inspirational story with the humor and humanity he can bring is so exciting. Ben knows how to work with a creative team to get the best from writers in bringing a true story to life. We are all passionate about the game of basketball and Bernard’s story on and off the court.”

“I am delighted Ben Stiller, who I have known for many years is adding his integrity, star power, talent known throughout the film industry as an actor and producer to the Game Face Film project. As in my Hall of Fame Career we have an All-Star production team to ensure success of the motion picture under the Radar Pictures and Protege Pictures umbrella with Ted Field and Rodney Henry as producers,” King said in a statement.

“Bernard’s story of never giving up against impossible odds when you’ve fallen from the pinnacle of a stellar career due to a devastating injury nobody could control, and then regaining that pinnacle again, can be inspiring for all of us in our lives. I look forward to bringing it to global audiences in these times where such heart and resolve is so needed.  Ben is one of the best collaborators I have ever been lucky enough to work with. On our remake of ‘The Heartbreak Kid’ I got to see that he is a passionate producer who pays close attention to every detail of the cut of his films. His knowledge and instincts from directing makes him the most authoritative voice in any room where vital decisions on a film are being made. Plus, I hear he likes basketball a bit too,” Field said in a statement.

Stiller most recently was nominated for his work as a director on “Escape From Dannemora” and is a producer on the Apple TV+ series “Severance.”

Bernard King was inducted into the Naismith Basketball Hall of Fame in 2013 and played for 14 seasons between the New York Knicks, New Jersey Nets, Washington Bullets, Utah Jazz and Golden State Warriors.