Ben Shephard revealed he would be taking a break from Good Morning Britain back in August as he fulfilled Tipping Point filming commitments. Upon his return to GMB today, Ben dropped a huge announcement about the popular ITV quiz show as he confirmed filming on the new series was now complete.

Susanna began: “Welcome back to the programme,” and Ben replied: “It’s nice to be back.”

Bene explained: “Season 11, we completed it yesterday. I posted a picture of the lovely four contestants we had for the last episode.”

“[We have recorded] 165 so some 660 contestants,” Ben added as the picture popped up on screen. 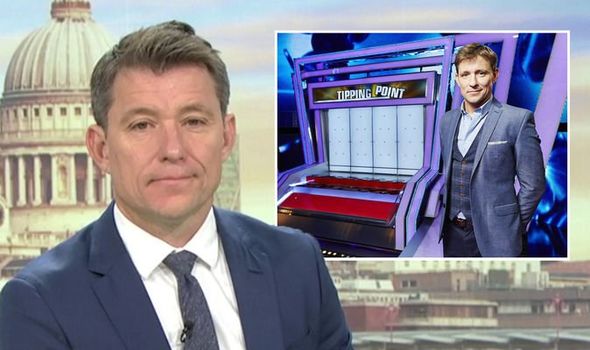 He said: “There they are and right in the background you see Eddie our sound manager doing a star jump.”

Kate Garraway chipped in: “That’s how happy he was that the last one was in the bag.”

“As you can see it’s been a huge undertaking by the team,” Ben added.