Home » TV and Movies » Belgravia ITV cast: Who is in the cast of Belgravia?

Belgravia follows the story of two families, the Trenchards and the Brockenhursts, and exposes a life-changing secret held between them. The new ITV series starts off at a prestigious ball which is held on the night before the famous Battle of Waterloo. The show was inspired by true events and the cast members all had to learn to fit in, wearing uncomfortable corsets and dress uniforms.

Who is in the cast of Belgravia?

Anne is a smart and strong woman who has come from humble beginnings and is the daughter of a teacher.
She respects her husband’s wishes to want to climb the aristocratic ladder, but she does not necessarily share his ambition.
Her strength is constantly tested throughout the series as she faces an internal battle between keeping a secret or setting it free to save her family.
Anne is played by Tamsin Greig who is best known for her roles in Black Books and Friday Night Dinner.
Speaking about Anne’s character exclusively to the media, including Express.co.uk, Julian Fellowes said: “I think the thing about Anne is the whole business of loving someone, even marrying them and living with them, but not agreeing with them.
“She’s very fond of her husband, she loves him and she’s proud of him, but she doesn’t share his social values at all.
“It’s in any society, you are bound to marry someone with different conditioning and values.” 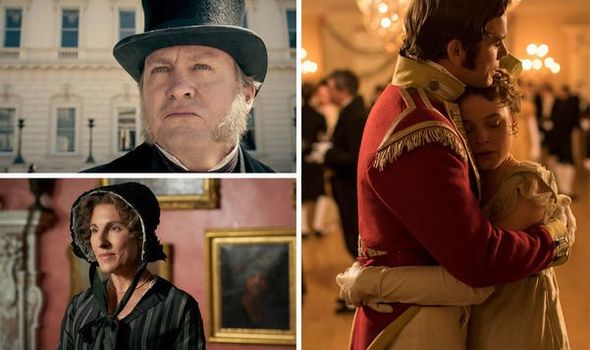 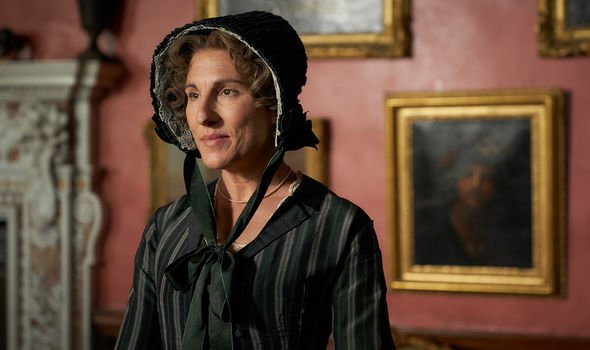 James is a hardworking father who got to where he is today with determination and persistence. He started out as a London market trader before working his way up to become a principal supplier to the Duke of Wellington.
He helped build Belgravia after the battle and he is a social climber who tries his best to fit in with the high-fliers.
He too holds the same secret as his wife and he tries to encourage her to protect the family’s reputation.
Actor Philip Glenister has starred in Life on Mars, Ashes to Ashes and Outcast.
Speaking exclusively to the media, including Express.co.uk about his role, he said: “He is a self made man in a time where people can work hard and use the opportunities they get to make their way up the ladder.” 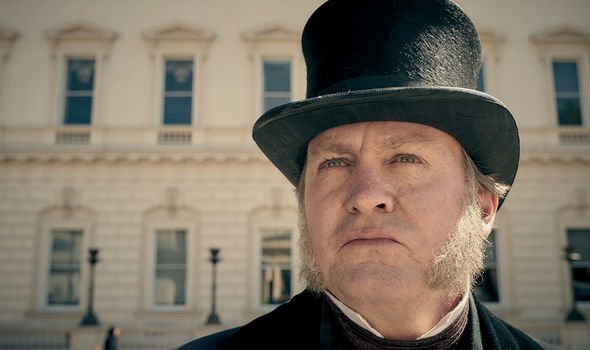 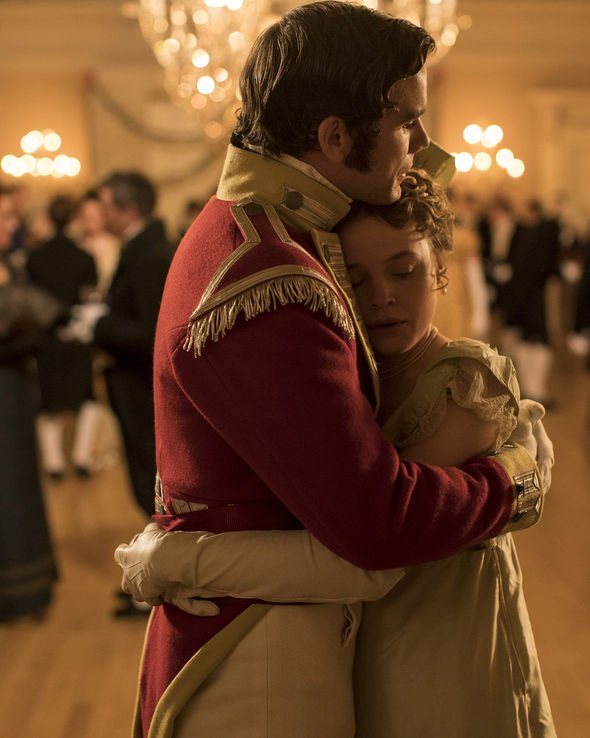 Sophia is the daughter of Anne and James who lets her intense love for an aristocrat blind her.
She puts her relationship before those who want what is best for her, and refused to listen to her mother who warns her she could get hurt.
She secures the family invites to a ball being held by one of her lover’s relatives, and it is the start of a challenging tie between the two families.
Emily Reid has previously starred in The Trouble With Maggie Cole and the TV series Curfew.
She said: “[Sophia] follows her heart. Her family are living in Brussels which is not like London.
“Social rules have gone out of the window in Brussels, and so Sophia is not aware of them. She has a wonderful relationship with her father.
“He’s a dreamer, and that’s been passed down to her. She believes anything is possible, and that’s her great tragedy.”

Lady Brockenhurst gives off a false sense of superiority in order to hide a deep sadness within her after she lost someone close to her in the Battle of Waterloo.
She is prepared to form unusual alliances to protect the ones she loves and she finds herself in the presence of Anne Trenchard, who reveals a life-changing secret to her.
Dame Harriet Walter has previously starred in the Sky series The End, as well as Sense and Sensibility and Atonement.
Speaking about the two characters at the heart of the story, Julian Fellowes said: “It’s about two very different women, played marvellously by Tamsin Greig and Harriet Walter.
“I thought, ‘What can they have in common? How can I make it believable that they have a relationship?’, and it occurred to me that if they have a joint grandchild, that would make for a relationship they couldn’t escape from.
“The story is based on secrets. The audience needs to be constantly surprised. If there are no surprises, then a drama lacks energy.”

Speaking about his character, he said: “He’s a really great guy. He’s very upfront, there is nothing hidden about him.
“He sees the good in others. He is also ambitious and has a huge appetite for life and bright-eyed optimism about the world.
He even refuses to see the bad in people who trip him up. He has a very good heart.”

Belgravia will air on ITV at 9pm on Sunday, March 15