Barbara Windsor’s friends and co-stars have been paying their tributes to the EastEnders actress, who passed away on Thursday evening at the age of 83 after being diagnosed with Alzheimer’s back in 2014. It was two years later in 2016 the Peggy Mitchell star made her last appearance on the BBC soap as she announced her decision to quit acting as a result of having dementia. However, it was a life-changing moment she had previously discussed with Danniella, 47, who portrayed the role of her on-screen daughter, Sam Mitchell, on the weeknight serial drama.

Speaking on BBC Breakfast on Friday morning, the former Celebrity Big Brother star recalled the heartbreaking conversation she had with Barbara.

The soap actress said: “Quite a while before she left the show, I had come back from America to do EastEnders.

“I stayed with her husband Scott [Mitchell] and Barbara for a little while and she said to me, ‘Do you know what? This is just not going in’.

“‘This is just not going in. I’m not learning [the lines] quick enough, something isn’t right’, and I said, ‘Barbara, you have 30-40 pages a night to learn’. 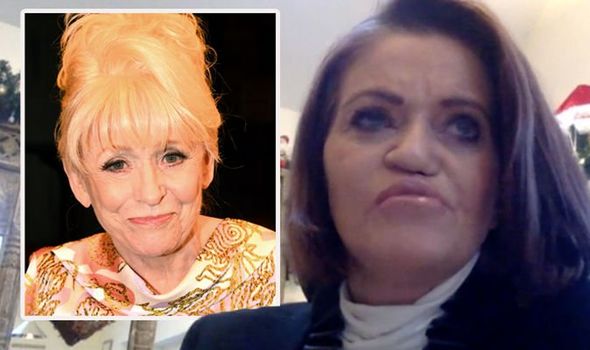 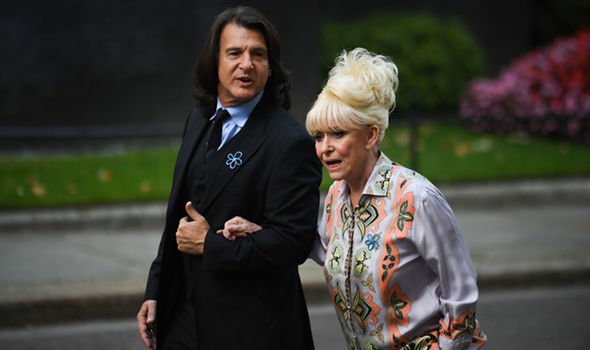 Danniella added: “I think she knew something wasn’t quite right and I think that is the start of everything.

“My dad has dementia so I know for a fact you just know yourself and your own mind. For someone as fast and as feisty and as quick as Barbara and as an actor, to lose your memory is obviously the most soul-destroying thing that can happen.”

After the late actress left the show for good in 2016, she continued to work in some respect by campaigning for more money to be put into helping those suffering from the illness.

Alongside her husband Scott, the former soap star visited Prime Minister Boris Johnson, 56, last September to urge him to improve care for those suffering from Alzheimer’s. 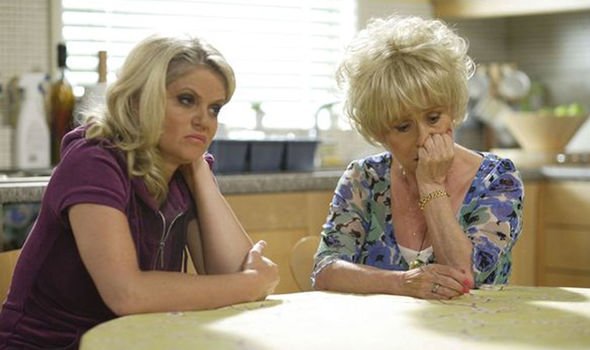 Think she knew something wasn’t quite right

Barbara was an ambassador for the Alzheimer’s Society charity and told the Prime Minister in a written letter: “We’re lucky to have amazing support but my heart goes out to the many, many people who are really struggling to get the care they so desperately need.

“Please join us – let’s do everything we can to sort this out. Our experience is of a care system that too often doesn’t care – one that is completely inadequate, unfair, unsustainable and in dire need of more money.

“Where support is available, it is of hugely variable quality and unaffordable for far too many,” she added.

The Government agreed to look into improving care for dementia sufferers and following the patron’s death, Mr Johnson has paid tribute to the soap star.

Taking to his official Twitter account, the politician wrote in view of his 3.1 million followers: “So sad about Barbara Windsor.

“So much more than a great pub landlady and Carry On star. She campaigned for the lonely and the vulnerable – and cheered the world up with her own British brand of harmless sauciness and innocent scandal.

“Thoughts with Scott and all her family and friends,” the Prime Minister concluded and other public figures have also been sharing their tributes for Barbara.

Bianca Jackson actress Patsy Palmer, 48, took to Instagram to post a picture of the late Dame and wrote a touching message to her former co-star.

The actress wrote: “I’m extremely sad to hear that my friend ‘Dame’ Barbara Windsor has passed away. I’m sitting here thinking of the 100’s of memories we shared.

“Too many to comprehend. We were like family for a long time, ups downs, ins and outs but you will never meet a more professional actress than Babs.”

“@scott.mitchell3 You were the best husband she could’ve wished for. You deserve the highest accolade. We shared such magical times together and I’ll cherish every one.

“I can hear that laugh now as I sit and think about her. I hope it’ll ring in my ears forever,” she added.

BBC Breakfast airs weekdays at 9am on BBC One.