Avengers: Endgame brought the Avengers saga to a epic climax when it was released in cinemas last year. The Marvel movie broke box office records to become the biggest-selling movie of all time, bringing in a staggering 2.8 billion worldwide. But there were a few minor (and some not-so-minor) details which missed the mark.

Avengers: Endgame has some seriously eagle-eyed fans, some of which spied a disastrous gaffe in the film.

When the gang are congregating at the New Avengers Facility in preparation to take a risky journey back in time on a mission to collect the Infinity Stones before Thanos (played by Josh Brolin) gets his hands on them, Ant-Man (Paul Rudd) is sat outside the building about to tuck into his lunch when some of his colleagues arrive in a spaceship.

As the ship comes in to land, Ant-Man and his snack get the full force of the air being blasted out of the way.

The gust decimates his taco, forcing all the filling out and even buffeting Ant-Man backwards too. 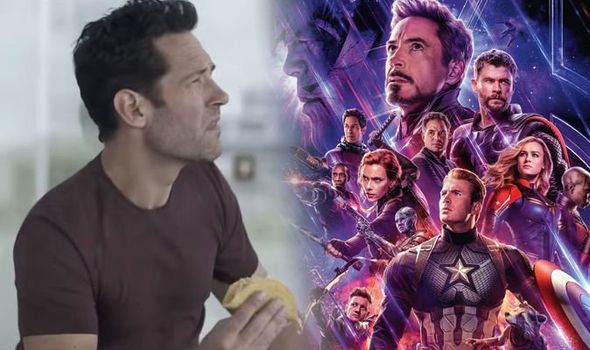 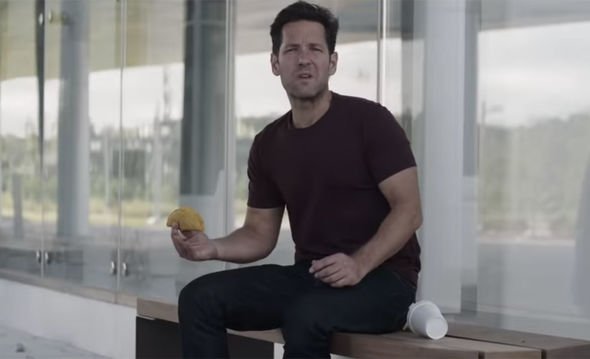 His drink, however, simply topples over on the bench next to him.

A paper cup like that would doubtlessly have been flung far away by the strength of the blast which obliterated his taco and blew his hair back from his face, but there it remains, sat beside him.

It gets worse though, as continuity errors also creep in.

As Nebula (Karen Gillan) struts past him, Ant-Man’s cup disappears altogether, only to reappear on the ground behind the bench by the time Professor Hulk (Mark Ruffalo) joins him clutching his own lunch.

All was not lost for Ant-Man as Professor Hulk hands him a replacement taco to make up for the one he’s lost. 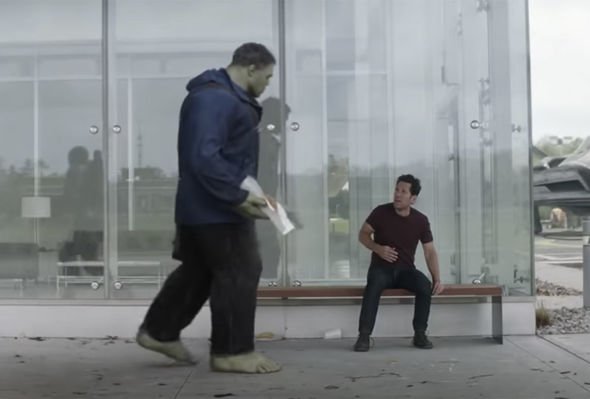 No mention of a substitute drink.

Endgame exposed the effect of The Snap five years on, with the Avengers, along with the rest of the world, still dealing with the repercussions of 50 per cent of the universe’s population being wiped out of existence.

Ultimately, they split into teams and travelled back to various points in time to steal the Infinity Stones and create their own Infinity Gauntlet.

In the dramatic final battle, the whole team united to face a past version of Thanos but it was Iron Man (Robert Downey Jr) who took the Stones and used their power to eliminate the Mad Titan.

The potency of the Stones, however, was too much even for his latest suit to handle and the character said goodbye to his friends, colleagues and Pepper Potts (Gwyneth Paltrow) in a heartbreaking death scene.

Over Christmas, an Express.co.uk poll of Marvel fans found Endgame was by far the favourite of all 23 movies released in the last 10 years.

The blockbuster received 20 per cent of the votes for the best Marvel film of all time.

Next in the running was the first Iron Man, released in 2008, which got 12 per cent of the votes, while Captain America: The Winter Solider had 10 per cent.

Avengers: Infinity War, Guardians of the Galaxy and Thor: Ragnarok were also popular, each receiving nine per cent.

At the other end of the list, however, a few of the least favourite films put out by Marvel might surprise some fans.

Less than one per cent of voters chose Spider-Man: Homecoming, while Ant-Man and the Wasp, Avengers: Age of Ultron and Iron Man 2 also scored nul points.

Avengers: Endgame is available to buy on DVD and stream on Disney+ now.