Antiques Roadshow continued tonight, with the experts heading to Dundee in Scotland to set their sights on some huge value relics. Having celebrated the 50th anniversary of the moon landing last year, it was timely a pair of guests brought along a piece of McBean tartan which had been into space. However, they weren’t quite expecting just how priceless their collection was when one of the BBC show experts put a value on their memorabilia.

Expert Lisa Lloyd was on hand to help the guests analyse their antique, which was a square piece on the McBean tartan with pictures of astronaut Alan Bean, who took the material to the moon with him.

Beginning her analysis, the specialist said: “We’ve recently celebrated the 50th anniversary of man’s first landing on the moon and what you have here is the next step to that, really.”

The elder of the two men replied: “This is a piece of tartan which Alan Bean took to the moon, brought back and gave to our church which is dedicated to Saint Bean.”

As she went into further detail of the rarity of this collection, the guests’ interest was peaked further when she estimated how much it would sell for at auction. 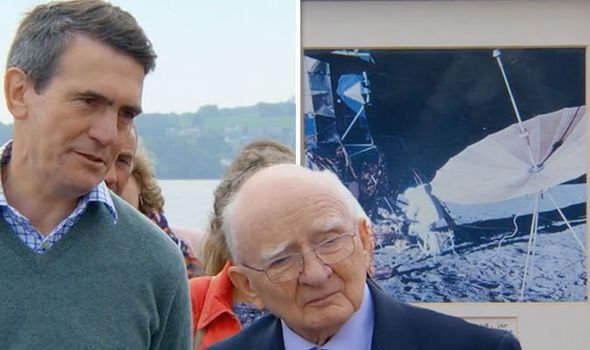 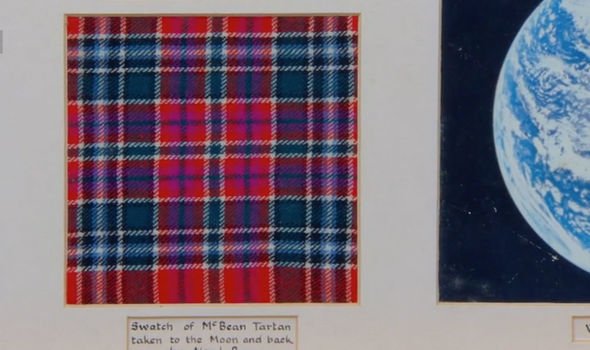 “So, Alan Bean was part of the Apollo 12 mission, which was the second manned mission to land on the moon and he was the fourth person to actually walk on the moon,” Lisa stated.

“Now, presumably he’s of Scottish ancestry which is why he then took a section of the McBean tartan,” she continued.

The second guest explained: “Yes, he was very keen on making sure his connection as an American with the McBean [tartan] kept going.

“Also, he knew very much that Saint Bean’s church is Fowlis Wester was dedicated to Saint Bean which is why then, having taken this bit of tartan with him, he then tore it in half and kept half for himself and sent the other half to us.” 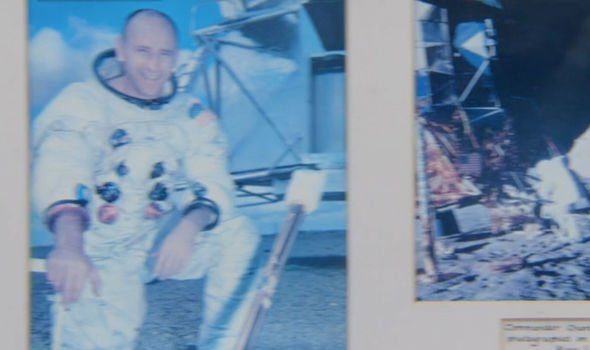 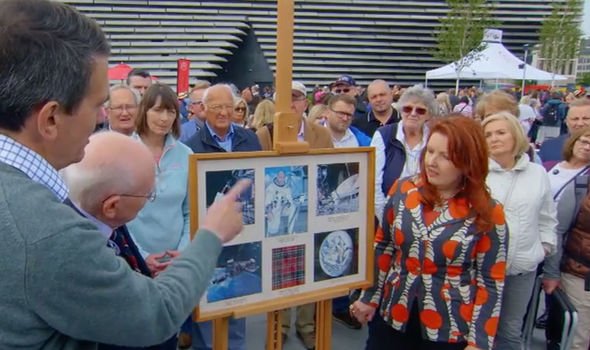 The square piece of tartan was framed with several photographs, two of which had been taken by the astronaut when he was stood on the moon.

Impressed, the expert continued: “Now, what I think is really, really important here is that you have documented evidence that this tartan was actually on the moon.

“So, he had it on his person whilst he actually walked on the moon.”

Explaining why it was so pertinent to have this evidence, the second guest said: “In 2005, he wrote a statement saying that.”

People would pay hundreds of thousands

“I think they were worried about him leaving litter on the moon and absolutely he didn’t,” they continued, adding: “He was asked if he’d left any McBean tartan up there.

“No, he brought it all back and kept half for himself, half for [us],” the guest explained, to which Lisa quipped: “Presumably, he had it tucked in his spacesuit somewhere.”

The expert continued: “Of course, astronauts always get that questioning, ‘What did you leave on the moon?’”

Brining her analysis to a conclusion, the specialist in the field remarked: “Well, you know, this piece of tartan has been somewhere where people would pay hundreds of thousands to experience that.”

“There is an enormous amount of interest in anything space-related and particularly things that are actually moon landing.”

Stating her valuation of the collection, Lisa told the guests: “I wouldn’t be in the least bit surprised if this were to come up for sale it would come up as somewhere in the region of £10,000-£15,000.”

They were both lost for words and went on to detail how they could make use of the tartan from the moon in the future.

“It’s a very generous gift indeed back in the day. As time’s moved on, we are now in a position where it would be very useful to be realising we copy it and make use of its sale perhaps for missionary or outreach work within Scotland.”

Antiques Roadshow continues Sunday at 8pm on BBC One.