Antiques Roadshow: Steiff doll valued at up to £1,000

During an episode of Antiques Roadshow shown earlier this year, BBC host Fiona Bruce took viewers to Stonor Park in Oxfordshire. A number of guests brought their relics to the experts to be valued including the likes of a genuine LS Lowry painting and a set of tribal spears from the South Pacific. However, it was one wooden item, in particular, that got expert Hilary Kay rather excited.

Hilary began by asking the guest what the link was and how she came to own the bear.

Speaking about the history of the Steiff soldier, the guest explained: “I inherited him from my husband who sadly died a few years ago.

“He inherited from his father who was born in Dublin but served in the British Army in the First World War and was sent to France where he was a motor mechanic.

“He frequently had to drive equipment to the front.” 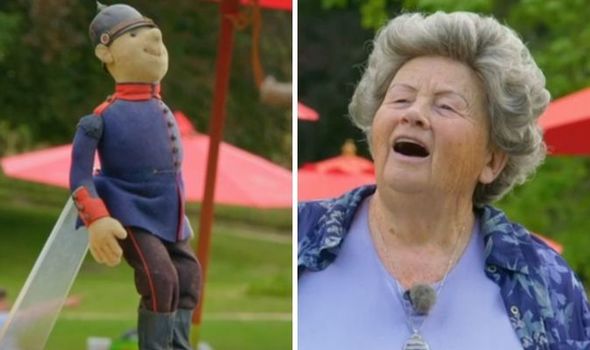 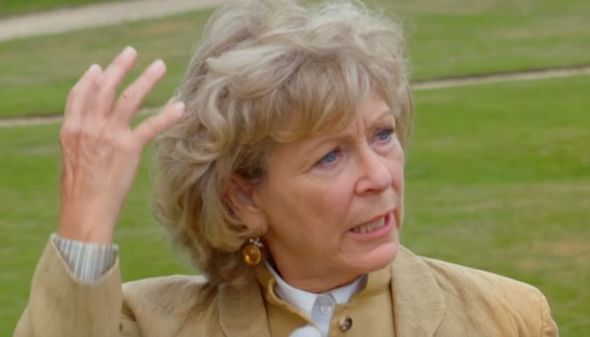 She continued: “And, on one occasion he happened to see a body in one of those terrible shell holes.

“He stopped because he thought it was possibly still alive and it was, but it was a German soldier who had been injured.

“And he’s dragged him out and dropped him off at an aid post and that was the last he’d even thought about him.”

The guest went on to explain that one day when the war had ended, he received a parcel which contained the Steiff soldier. 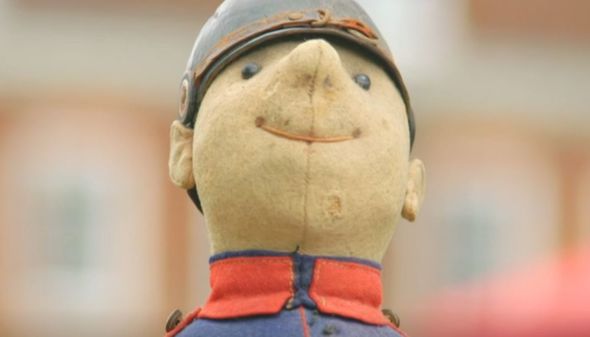 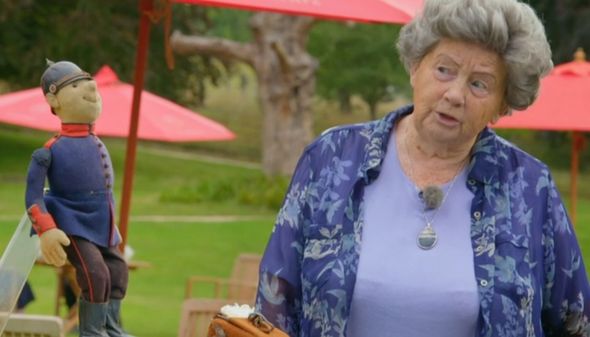 It turned out the mother of the injured German soldier had sent it over to him as a thank you for saving her son.

“When he opened it up, it was a letter in German,” she added. “And it said ‘Dear whoever’ because they didn’t even know his name.

“’Thank you for saving my son. I had him for six months after the war and he died of his wounds, but I love you forever for saving him for me and this was his favourite toy.”

A stunned Hilary told her: “Well, that’s an astonishing introduction of how he came to be here.”

“The bits of kit that it had,” she added. “This is all absolutely proper kit.”

Discussing the soldier’s history and who it was made by, Hilary explained: “On the bottom of his boots are hobnails.

“But they’re not just hobnails because every single one of those is a button that says Steiff.”

“Really?” the guest asked as she joked: “I didn’t look closely enough.”

“His size is 43 centimetres,” Hilary said before she moved on to talk about the value of the doll.

“And that particular size Steiff soldier doll was only made for a short period, from about 1911 until about 1914.

The guest appeared to be lost for words before she finally concluded: “Thank you for all the information.”