Antiques Roadshow travelled to Stonor Park in Oxfordshire for the episode in question and expert Eric Knowles was on hand to offer his advice. The keen ceramics and glass enthusiast had his eyes drawn to a toadstool a pair of guests had brought along to get valued. However, when they discovered just how much it cost, their reaction was one for the history books of the BBC show.

As he began his analysis of the antique in front of him, Eric said: “You’ve brought along a little gem, as far as I’m concerned.

“What we’re looking at here is an example which dates to around about 1930 and when you look at a pot like this, you look at the shape.

“That shape is very modern, it’s not quite [Art] Deco. The decoration on this is just perfect and what I would like to point out is the background is beautifully marbled.

“It’s all about the glaze and this was originally in a straightforward glaze that would be a lot duller than this and more colourful.” 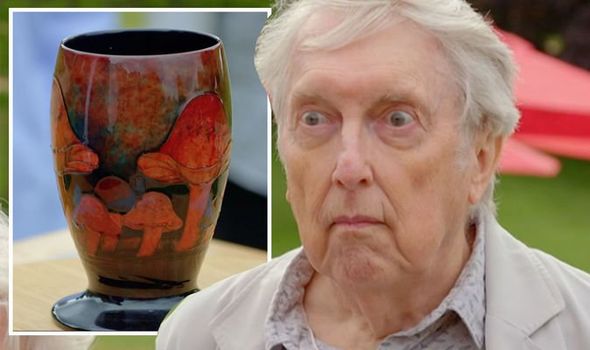 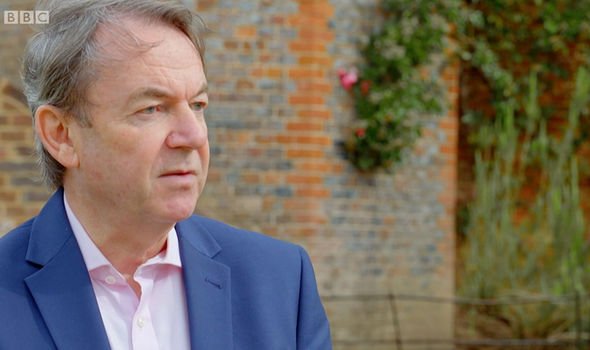 Eric continued his analysis as he told the owners of the toadstool: “But this has been covered in a flambé glaze.

“I think I should point out that because it has been given this red overlay, it makes it more desirable.”

Eric joked he would happily buy it from them there and then as he quipped: “Have I got cash on me?” 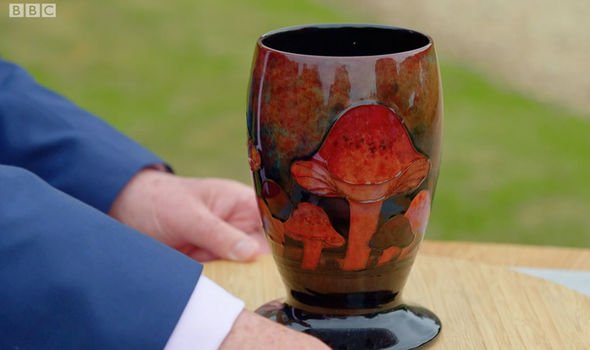 Have I got cash on me?

This summer, new episodes of Antiques Roadshow will be filmed in various locations up and down the country.

Due to the coronavirus restrictions currently in place across the UK, only a small number of people will be able to make up the audience watching the valuations.

Producers have asked guests with priceless relics to submit their applications online so they know when they are needed for filming.

It will be “be invitation-only in order to comply with health and safety regulations”, the rules read on the website. 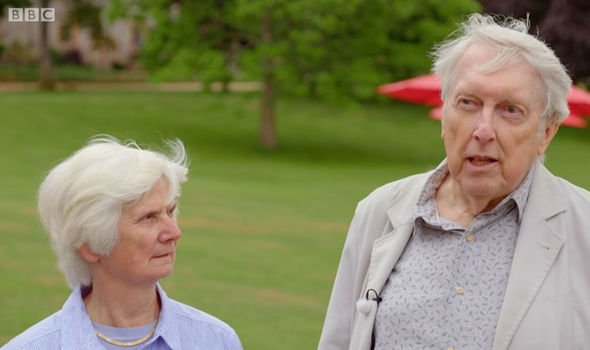 The latest season being filmed will be the 14th Fiona Bruce, 57, has presented and she will be on hand to talk to some of the guests about their relics.

Speaking of her time on the show, the former BBC newsreader said she feels “lucky” to have secured the role and to have held on to it for so long.

Two years ago, the presenter said: “I feel incredibly lucky to have spent the last 12 years working on the Antiques Roadshow.

“I love doing it and I’ve had so many highlights from over the years. My personal favourite would probably have to be when a man of the cloth turned up with a painting, which he thought might be a Van Dyck.”

“I looked at it – and I was making a programme about Van Dyck at the time – and I thought it had the look of the genuine article,” Fiona said.

The presenter explained how she examined it and on closer inspection, she discovered her “hunch was right”.

Fiona shared she doesn’t think a find like that will ever happen again in her lifetime and it’s a “highlight” of her career.

“We never know what is going to turn up and that is the great joy of the programme,” she told The Courier.

Antiques Roadshow is available to watch on BBC iPlayer.