Natasha was joined by her Antiques Road Trip co-star Steven Moore to try and find some treasures in the North Yorkshire and Tyneside region. The pair got their hands on a number of relics but it was a pair of Georgian silver spoons that seemed to make an impression at auction. The BBC presenters were in amazement as they responded to the sale of the items.

Sitting down to see the sale of the spoons, Natasha was nervous as she wasn’t sure how well the items would do.

Having bought the relics for £25, the presenter was on the edge of her seat as she watched the offers come in.

When the auctioneer dropped the hammer on £50, the antique hunter was baffled as she told Steven: “Come on, yeah! Double the money.”

“Doubled up again,” he replied, referring to the sale price of some of the previous items she had bought.

“I thought there was a tinier profit in that,” Natasha replied, explaining to her co-star that she was “excited”. 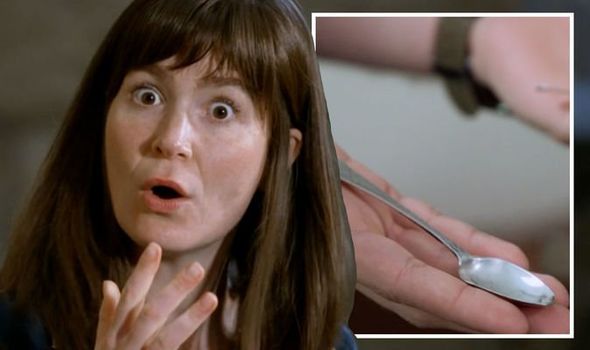 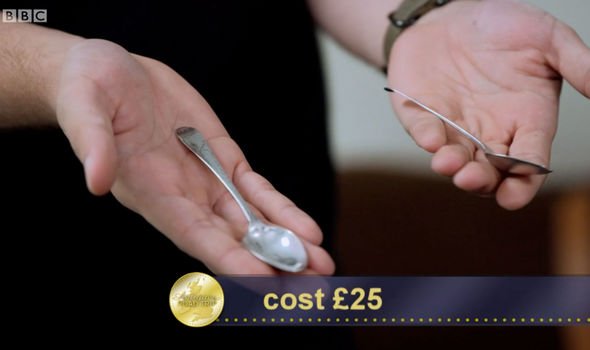 However, it wasn’t just the Georgian silver spoons she managed to make a profit from as a pair of Carlton Ware legal eagle napkin rings did very well.

Natasha had bought them for £20 but she wasn’t expecting to see the offers that came in to buy them at auction.

They finally sold for £80, meaning the presenter had secured a £60 profit for the ceramic, dinner table relics.

Steven, who was sat on a throne in a Grand Hall located in North Yorkshire, said: “I think you should be on the throne, not me.” 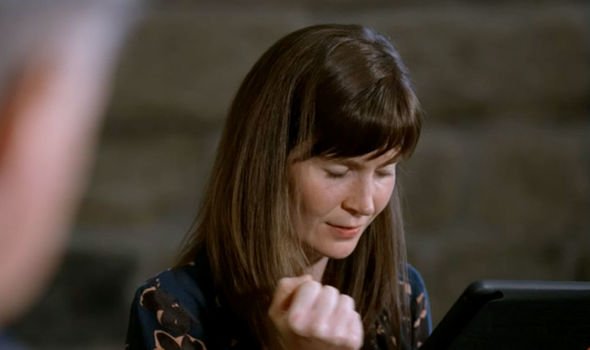 “You know something? They did me proud,” Natasha replied but her success only continued as the offers rolled in for some of her other items.

The antique hunter bought a Danish dressing table mirror for £27 and it was sold at auction for a price of £45.

This meant the expert made a profit of £18 and responding to the sale, she said: “I love mid-century items.

“And they so rarely make a profit when I buy them. That’s really exciting,” the presenter told Steven. 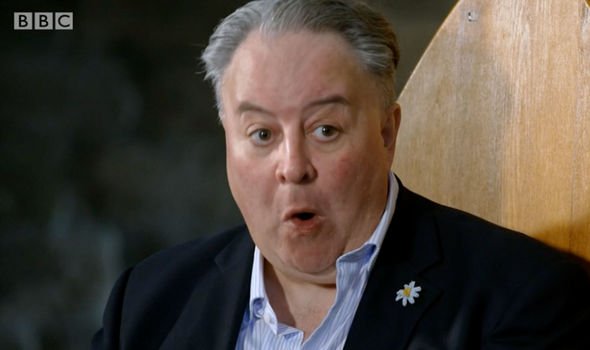 Unfortunately, he didn’t see the same successes Natasha did as his items seemed to be sold with losses more than gains.

Steven’s first treasure up for auction was a pair of 19th-century handcuffs he had bought for at a cost of £50.

They were sold for £40, meaning he incurred a loss of £10 and responding to this, the expert said: “I thought they were authentic items.

When it came to putting some damaged porcelain items up for auction, Steven suffered another loss.

Having bought the collection for £30, he was astonished they were sold for £25, meaning he obtained a loss of £5.

Discussing the price the collection sold for, he told his co-star Natasha: “A modest loss, another modest loss.

“Survived almost 300 years, end up in a loo, I’ve rescued them and somebody has got a little treasure for £25. So my job is done.”

Antiques Road Trip is available to watch on BBC iPlayer.