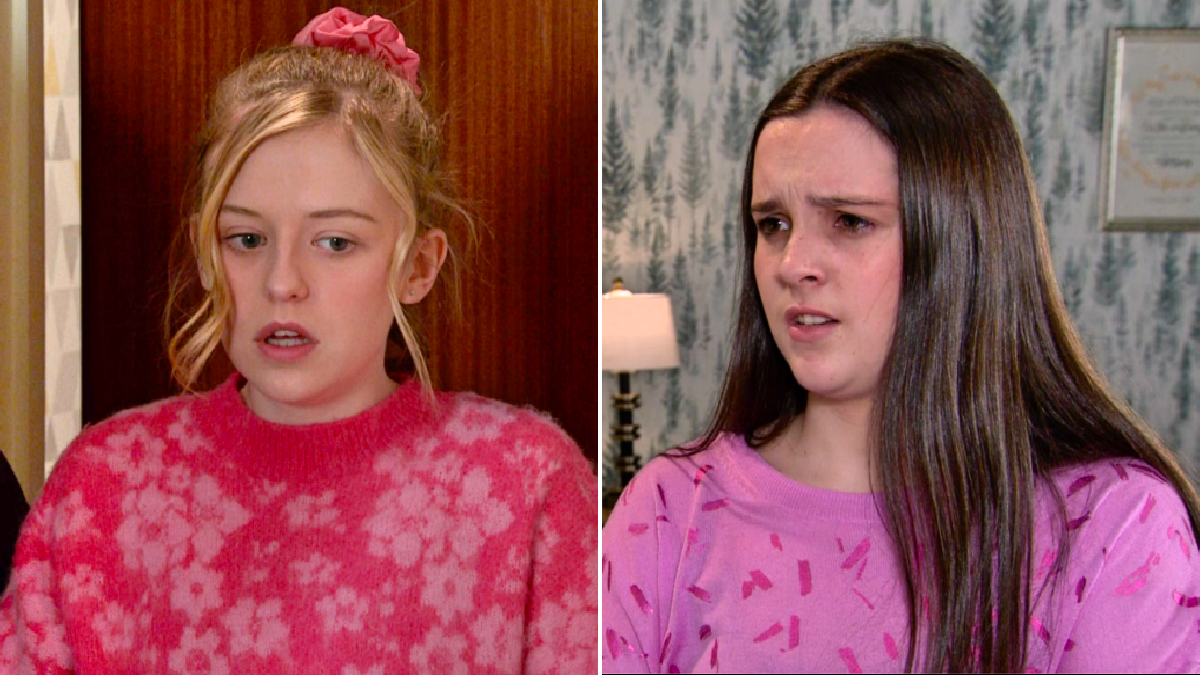 Amy Barlow (Elle Mulvaney) will be the first person who discovers Summer Spellman (Harriet Bibby) has an eating disorder in Coronation Street.

Summer has spent the past few months focused on her studying for university, but her strict routine has meant she’s slowly spiralling.

Studying in the day and night, avoiding socialising and eating, Summer has been regularly warned that her blood sugar levels will be impacted if she burns herself out – but she sadly hasn’t altered the way she lives.

In the café, Roy (David Neilson) gives Summer and Amy some bacon sandwiches.

After eating them in the flat, Amy goes to leave but returns to pick up her phone.

As she does, she hears Summer retching in the bathroom.

When Summer enters, she denies making herself sick, but Amy’s not convinced.

Summer tells her friend it won’t happen again, thinking the promise is enough to keep it a secret from Billy (Daniel Brocklebank), but will Amy tell him?

As Summer continues to keep this a secret from Billy, Harriet Bibby recently told Metro.co.uk how social media is playing a huge role in this storyline:

‘It just allows you to access so many other people’s lives that you can compare your own to. I think for younger people like Summer it’s so easy to open up Instagram and see tons of different people living a life that you find yourself wanting or desiring.

She also told us how important it is to see a diabetic character on television:

‘The thing for me is knowing that it will help someone,’ she said. ‘There’ll be a girl of Summer’s age watching the telly.

‘When I’ve spoken to people about the condition a lot of people have said that it’s very rare that you see a diabetic character represented and if you do, more often than not they get things wrong.

‘A lot of people I’ve spoken to have said they’re glad to see the representation on such a well-known show. It means a lot to a lot of people.’