RAPPER Lil Pump has decided to splash the cash on one lucky Instagram fan with a free Tesla Model 3 – despite losing thousands of followers last week after he endorsed Donald Trump.

The Gucci Gang hitmaker recently made headlines for endorsing Donald Trump in the 2020 presidential election. 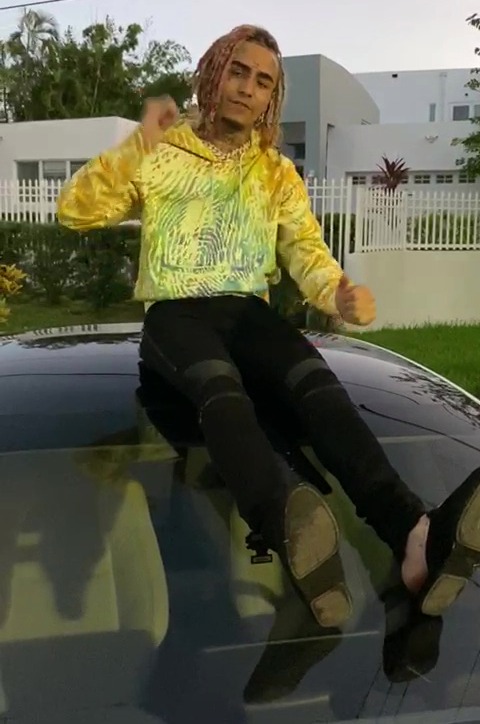 The artist, real name Gazzy Garcia, lost 300,000 followers after appearing at the US President's rally in Grand Rapids, Michigan on November 2.

Before Lil Pump took to the stage in Michigan, Trump fumbled the introduction and mistakenly called him "Little Pimp."

Lil Pump has since been slammed by numerous celebrities such as model Bella Hadid, who called him a "loser" and actress Ariel Winter, who said she was "disappointed but not surprised". 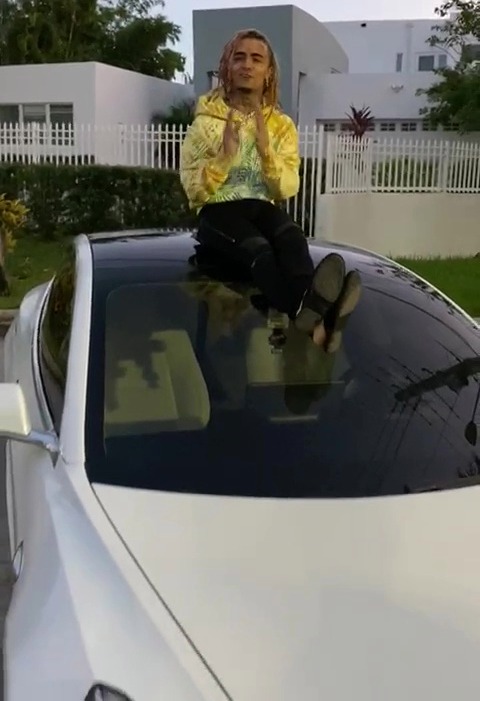 Despite the 20-year-old rapper losing over 300K followers, his engagement has skyrocketed and he gained 5,000 comments on his most recent post in under two hours after Joe Biden was elected President.

The Florida-born star has gone from 17.3 to 17.1 million followers in the space of a few days and is now on the hunt to win back his fans.

The star faced backlash afters sharing an Instagram snap on Election Day of the moment he took the stage with Trump in Grand Rapids.

The rapper shared a photoshopped picture of himself shaking hands with the president, captioned: "THE DAY I MET TRUMP #Trump202022020." 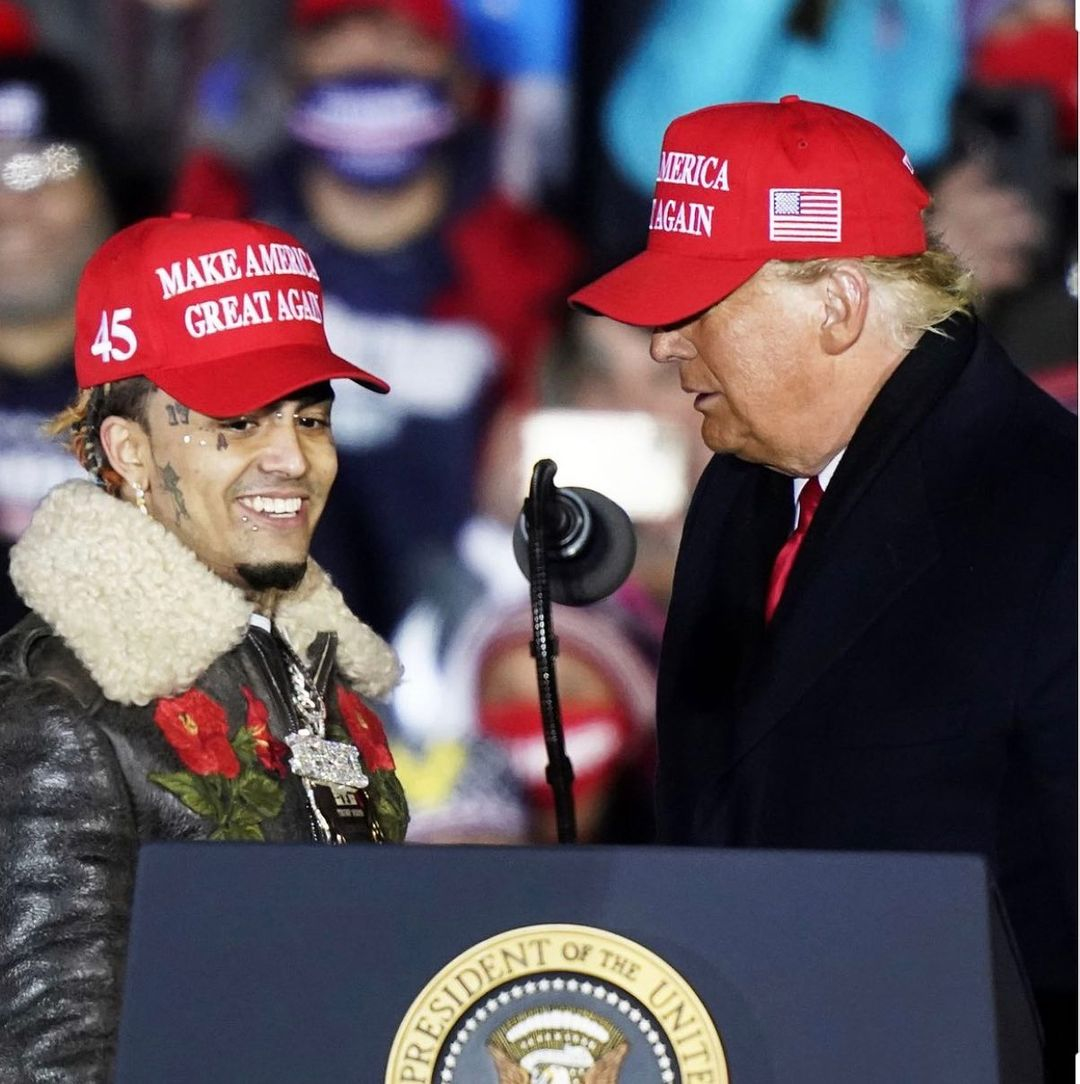 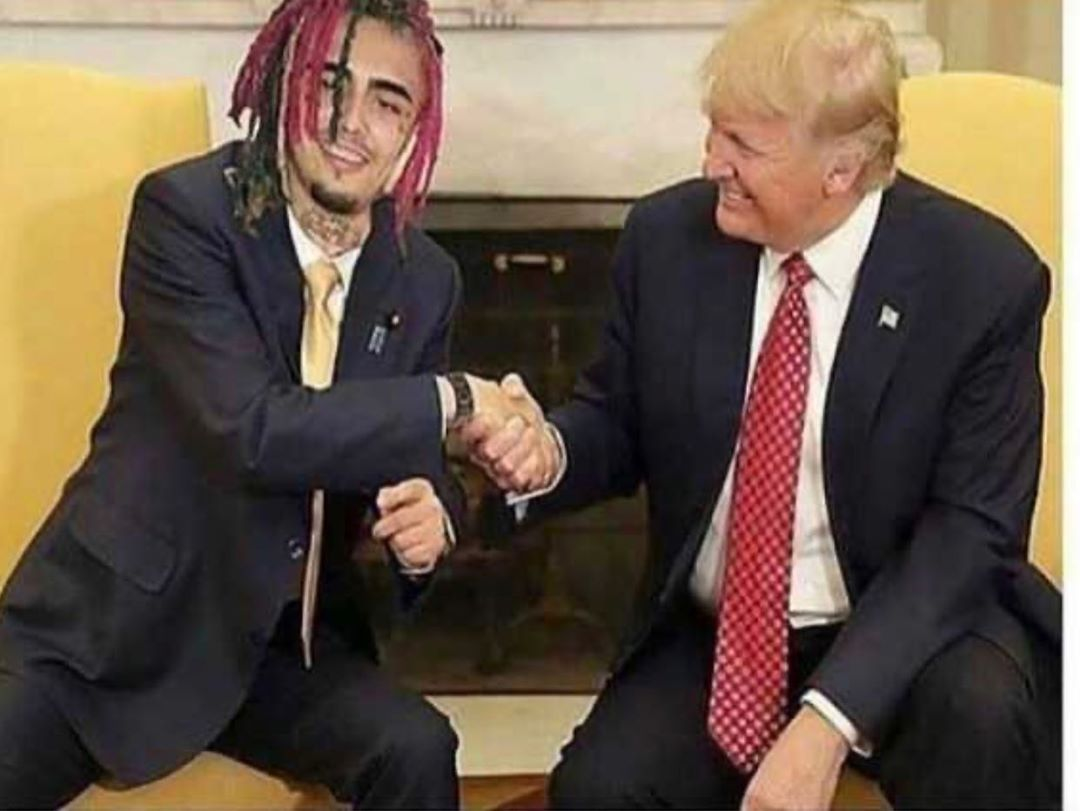 To enter, users simply follow EVERYONE that @highkeyclout is following on Instagram for a chance to win the Tesla Model 3.

Anyone is able to take part across the globe, with the event launching on Saturday 7 November at 2pm PST, running for five days until 12 November at 11:59 PST.

Lil Pump is not the first celebrity who has partnered with HighKey Clout to gift followers with a treat – celebs like Rick Ross, Bella Thorne and Kevin Hart have also joined in, giving away money to their fans via the company.