Takeshi Kovacs can’t smile. That’s just a fact or, better put, a defining facet of “Altered Carbon’s” lead character. After watching the first 10 hours of Netflix’s sci-fi adaptation — about a future where a person’s brain can be digitized into a portable “stack,” and then swapped into a new body to achieve immortality — it was clear the 300-year-old Envoy played (mostly) by Joel Kinnaman can fight well, shoot even better, and have remarkably nimble sex for a three-times-over centenarian.

But following that first season, my own digitized stack can only produce images of an angry Kinnaman, a sad Kinnaman, and, the most popular version, a confused Kinnaman, who’s blank face offers only the faintest hint of curiosity. The actor known for similarly hard-edged action roles in “Robocop” and “Suicide Squad” could dutifully perform Kovacs’ functions, just like his military-trained interstellar warrior, but he cannot smile.

Or so I thought, until Anthony Mackie slipped into Kovacs’ sleeve. (“Sleeve” is what they call bodies in the “Altered Carbon”-verse.) The new lead doesn’t exactly reinvent “Altered Carbon,” but his uncontainable charisma  — along with a tighter episode count and well-designed action pieces — open up Season 2, allowing audiences to take it only as seriously as they want.

While the first season had other problems, including a crude obsession with human bodies that never developed beyond voyeurism, Kinnaman’s rigid, no-fun lead skewed the self-serious drama toward a profound bore instead of a galaxy-brained lark. The series’ ideas are big, playful, and (like so much great sci-fi) topically applicable when following a consistent allegory, but all that potential remained trapped behind a stoic visage. 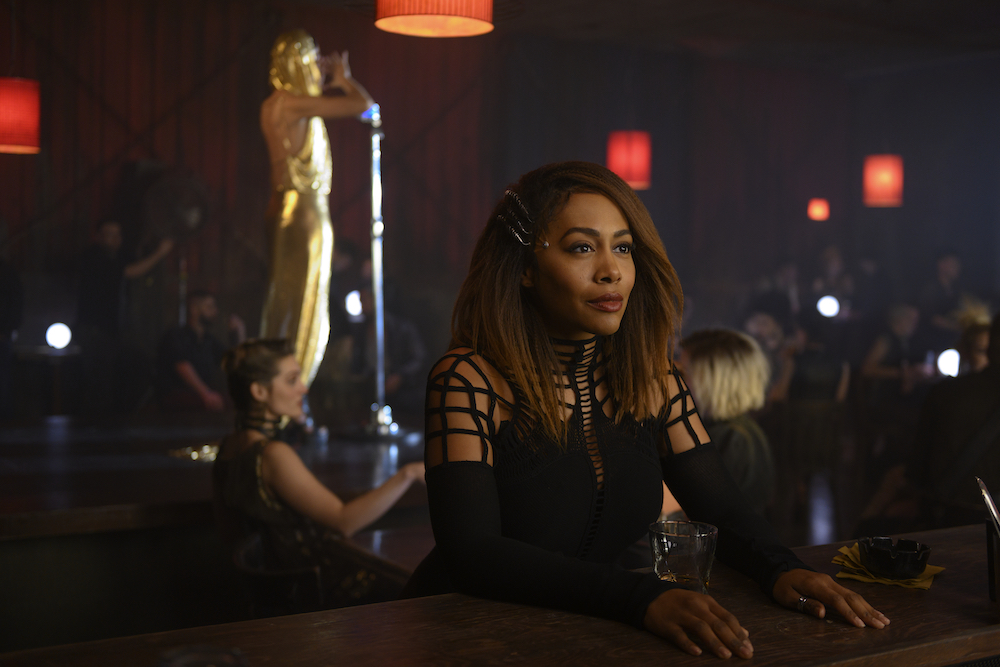 On the one hand, Mackie seems like an obvious choice to shake up the show’s stagnant palette. A respected actor and action star, he’s got a talent for finding humor in the midst of chaos. Mackie’s multiple Marvel movies show off the rat-a-tat rhythms he can create with co-stars, as well as a penchant for complicated fight choreography. Plus, he’s clearly open to self-effacing commentary on his physicality, as proven by the gift that keeps on giving: “Pain & Gain.”

All of these are key attributes for an interstellar warrior — and, you know, he can smile. He almost can’t not smile. Mackie’s charisma is so powerful, you can feel it brimming on the edges of “Altered Carbon,” which leads us to the one problem facing him. Anyone inheriting the Kovacs role also inherits the characteristics set by their predecessor. Kovacs can’t suddenly be a hard-bodied Han Solo, punching baddies and cracking jokes; he’s got to be the same serious warrior he was, just in a new sleeve.

But Mackie still adds more range and even a slight influx of good-humor to Kovacs’ super serious disposition. It goes a long way, as do smart alterations by co-showrunners Alison Schapker (new to Season 2) and Laeta Kalogridis (the creator and Season 1 showrunner). Season 2 starts with Kovacs getting sucked into a simple mission: Act as bodyguard to a respected official and be given the coordinates to his long lost love, Quellcrist Falconer (played with an unceasing ferocity by Renée Elise Goldsberry). But when his client is killed before Kovacs even reports for duty, a dangerous, wide-ranging conspiracy starts to unravel — one tied to Quellcrist and his home planet of Harlan’s World.

[Editor’s Note: The following portion of the review contains slight spoilers for “Altered Carbon” Season 2, including the ending.]

Kovacs has to clear his name, find his lady, and survive a war between the Harlan government (led by an overtly villainous governor played by Lela Loren) and a mysterious band of rebel fighters, all while his loyal A.I. butler Poe (Chris Conner) is glitching and he’s running short on real friends. Through a confusing series of mini-missions, he ends up partnering with a local bounty hunter named Trepp (Simone Missick), and the trio work to expose the truth before Colonel Ivan Carrera (Torben Liebrecht) bores them to death. (Sadly, “Altered Carbon” Season 2 does make room for one rather flat white guy.) 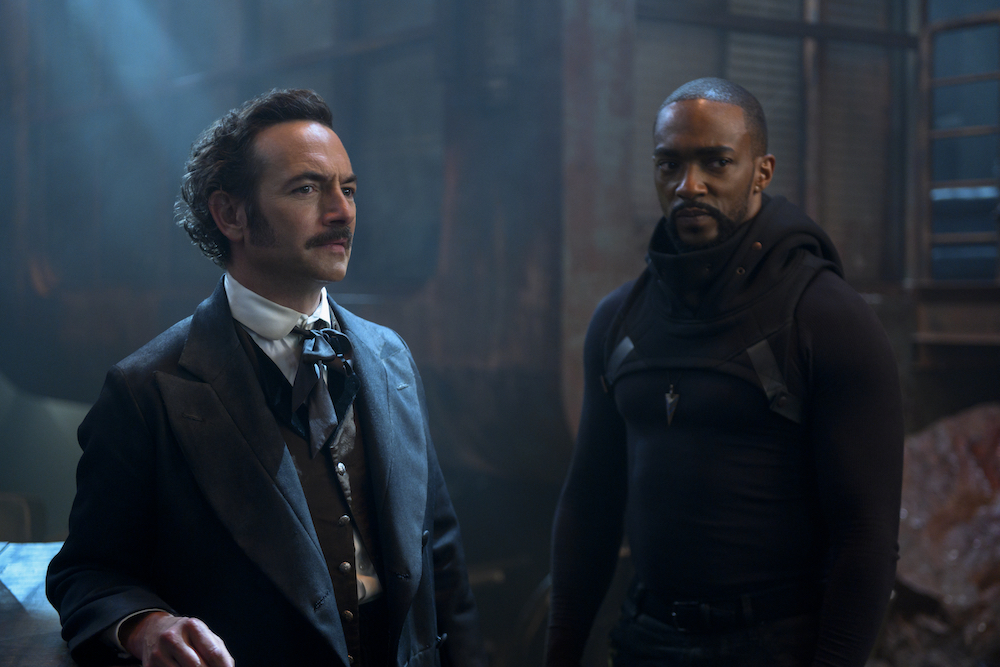 Even though much of the show’s drama stems from Kovacs and Trepp taking turns saying, “We’re through!” right before the other begs for help, Season 2 is smart enough not to overstretch its story. Consisting of eight episodes, none of which run over an hour, Schapker and Kalogridis shape clear episodic arcs and even have a bit of fun doing it. Episode 3, “Nightmare Alley,” throws fan favorites from Season 1 into a futuristic gladiator match, where Kovacs has to fight old friends and foes. Episode 5, “I Wake Up Screaming,” flexes the benefits of big-budget sci-fi, as the distinct and plentiful set designs spring to life. Episode 7, “Experiment Perilous,” uses virtual reality to spice up its fight scenes, all of which are pretty darn entertaining already.

The distinct episodes help keep viewers invested when “Altered Carbon” goes too heavy on diegetic mumbo jumbo or changes its own rules to set up silly twists. But you’re allowed to bring characters back from the “real dead” and use phrases like “you want me to hunt down myself?” (not to mention “real dead”) when a little levity is part of the journey. With plenty of help from his producing team, that’s what Mackie has done with Season 2. “Altered Carbon” isn’t a laugh-out-loud comedy, or even an action-comedy. It never will be. What it’s become, though, is an entertaining spectacle for genre fans, no longer held back by empty posturing. There’s a lot to admire in the production, staging, choreography, sound design, and plenty more craft elements, and now that they’re being supported by an accessible, enjoyable tone — and an accessible, enjoyable lead — that opens the door for a wider audience to appreciate all of it.

“Altered Carbon” sets itself up for a new actor to inherent the role if Season 3 gets the green light, but we won’t soon forget Mackie’s contribution. Takeshi Kovacs can smile, and now, so can we.