ALISON Hammond had landed her own This Morning mini-series, and it didn't take long for it to descend into chaos.

The 45-year-old star's wacky personality and zest for life has won her legions of fans over the years – and both are out in force for At Home With Hammond. 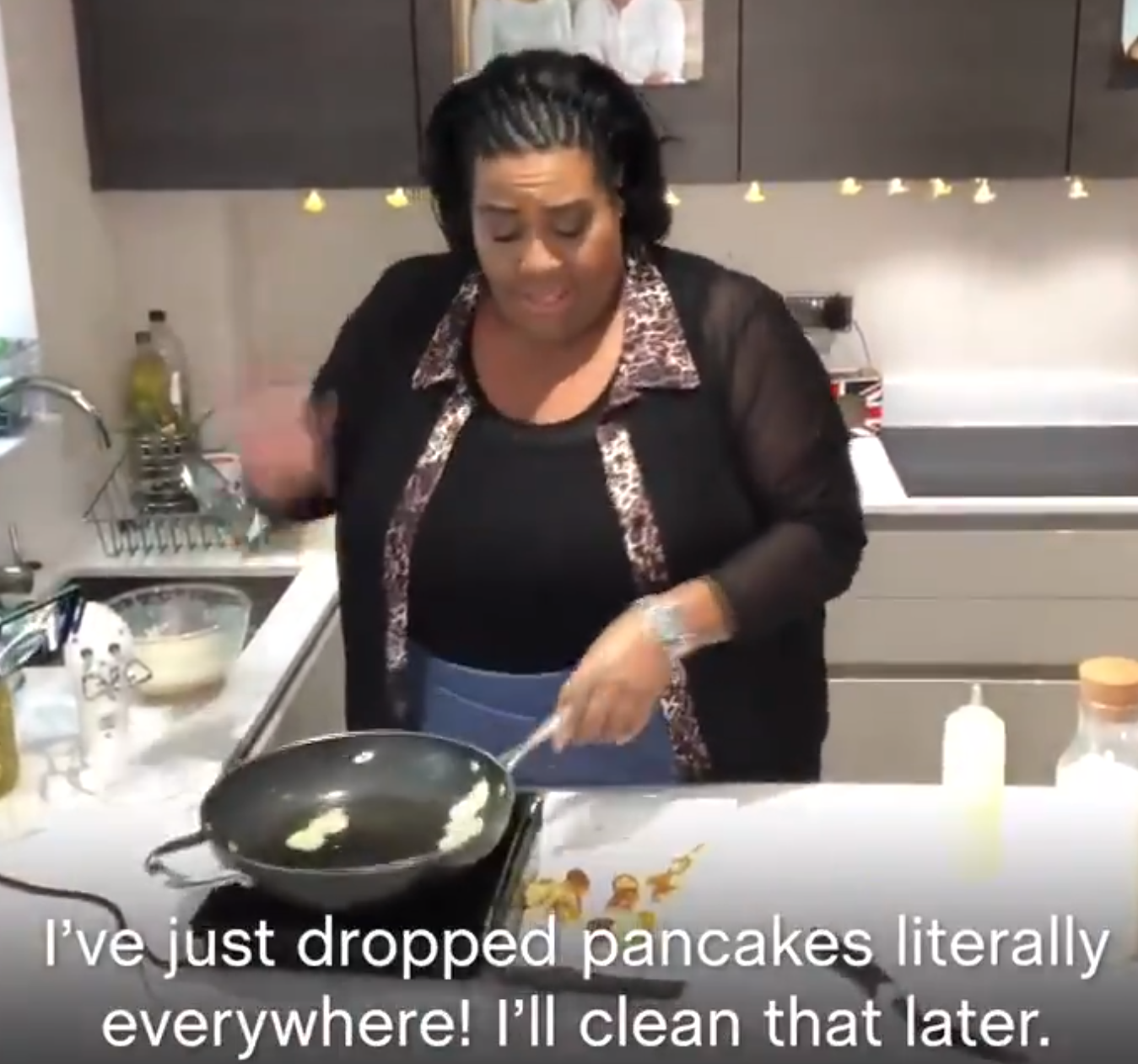 This Morning's official Twitter page delighted its followers on Sunday evening with the tweet: "We're launching a brand new mini-series exclusively on our app, where we spend the week At Home With @AlisonHammond!

"First up, we tested out her baking skills… with hilarious results".

In a short clip, Alison can be seen making mini pancakes in her kitchen – which has posters of This Morning presenters Holly Willoughby and Phillip Schofield, and Eamonn Holmes and Ruth Langsford proudly on display on the cupboards.

As the TV favourite starts to flick the finished pancakes out of the pan, she pauses for a minute to dance – only for disaster to strike as she waves her arms around. 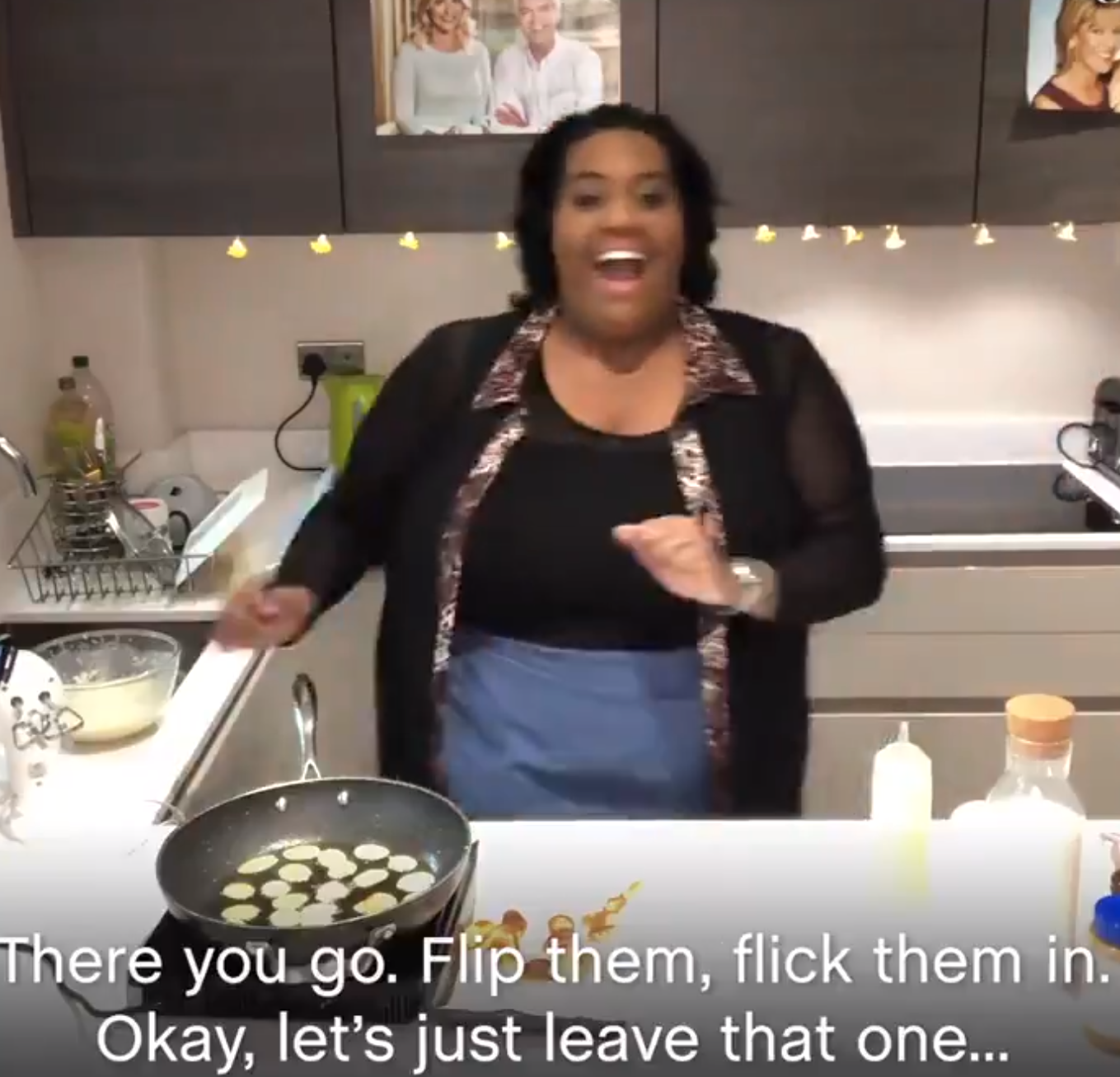 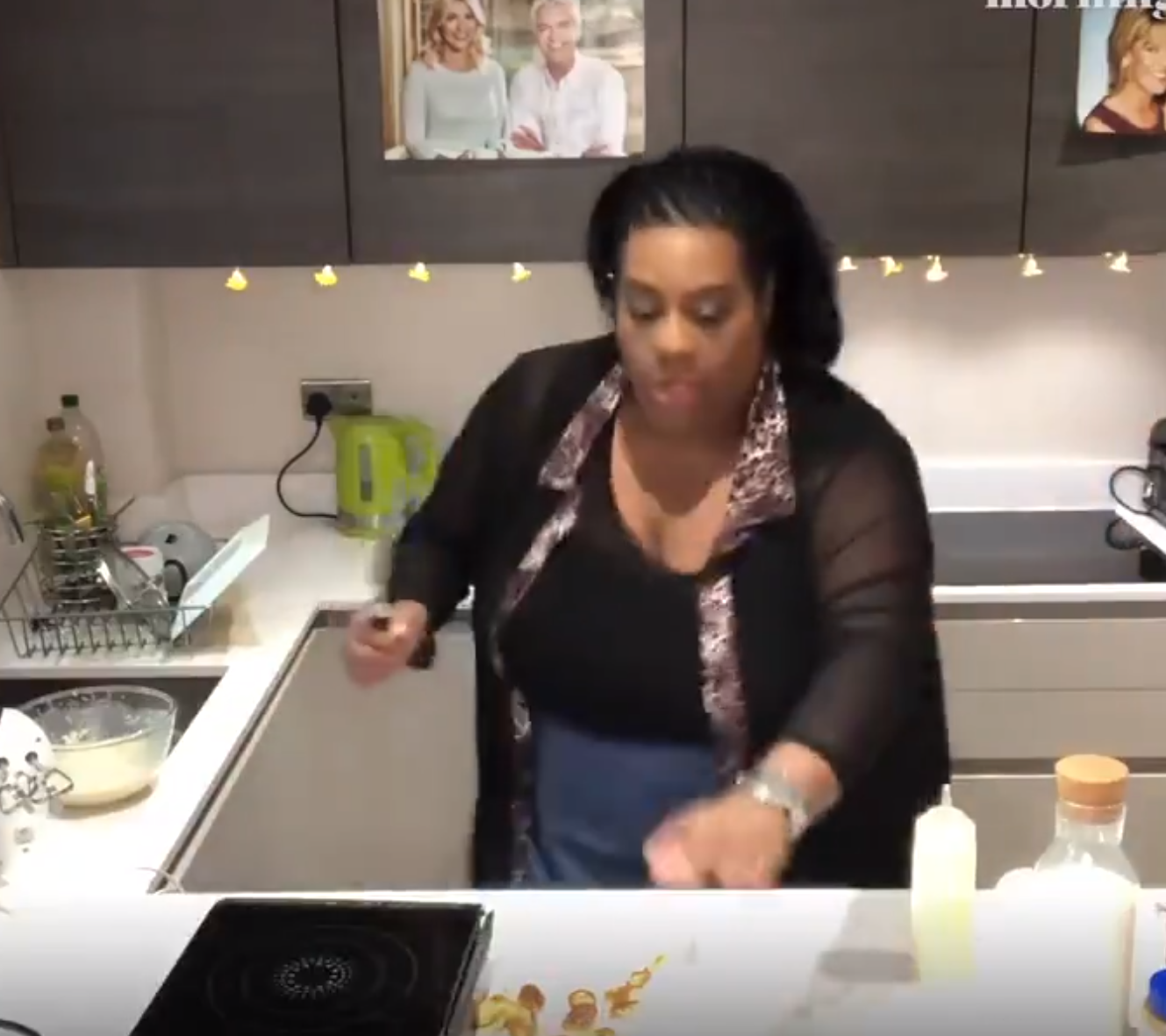 Alison jumps as the frying pan clatters from the hob and onto the floor, with the camera shaking as the pan crashes down.

Rushing to sort out the mess, Alison exclaims: "Oh my gosh, oh my god – I've just dropped them everywhere!

Getting back to the show, she continues: "I'll clean that up later, oh my god. 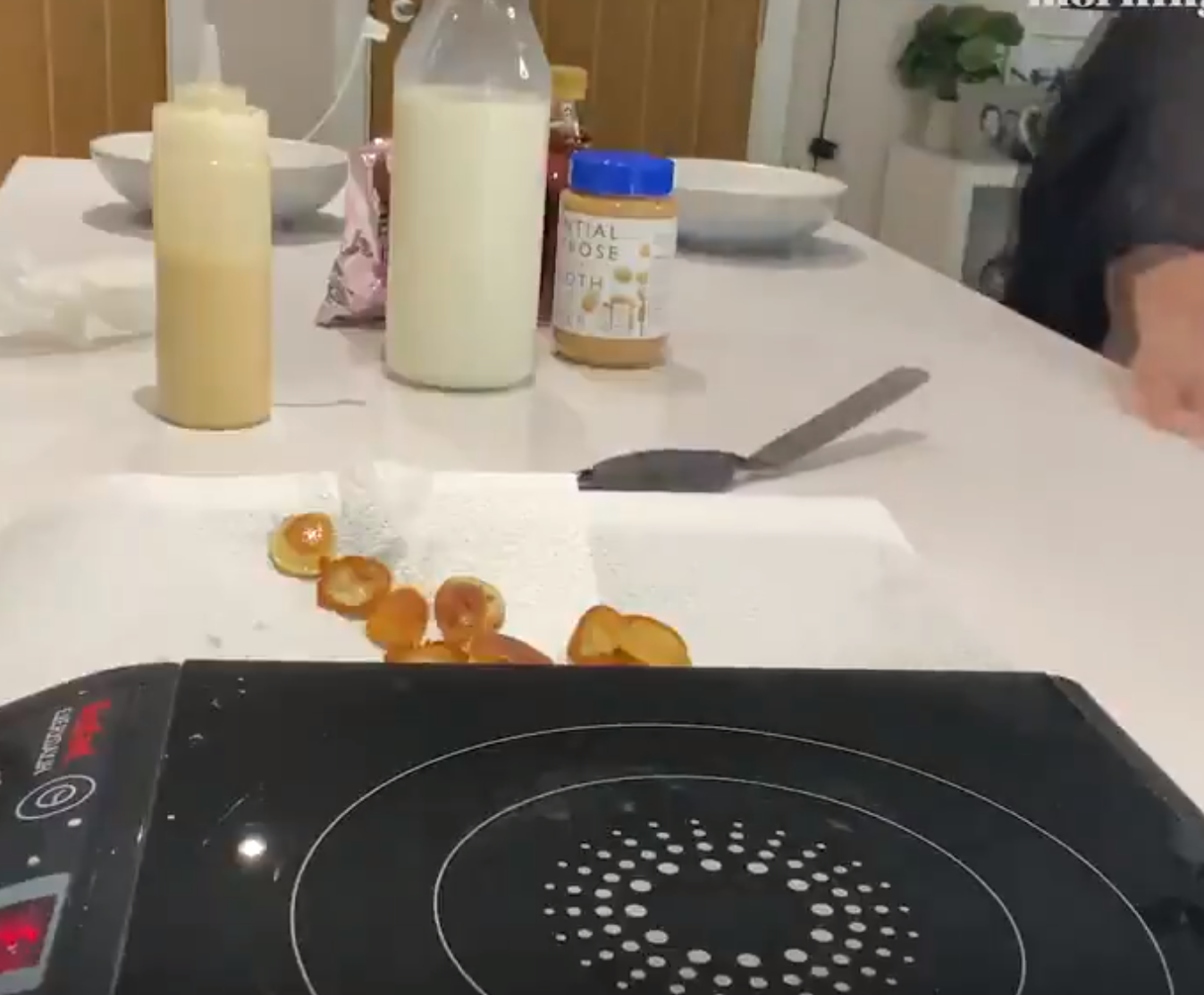 "Anyway, you get the gist, right?"

Fans were thrilled by the new show, and couldn't contain their hysterics as they watched her kitchen blunder.

Responding to the tweet, one wrote: "I just adore Alison – what a breath of fresh air!"

Another added: "She is an absolute legend! Seriously brings a smile to my face every time she’s on TV!"

This is not the first time Alison has tried her hand at cooking, with Great British Bake Off viewers calling for the star to get a damehood after her hilarious appearance on the programme.