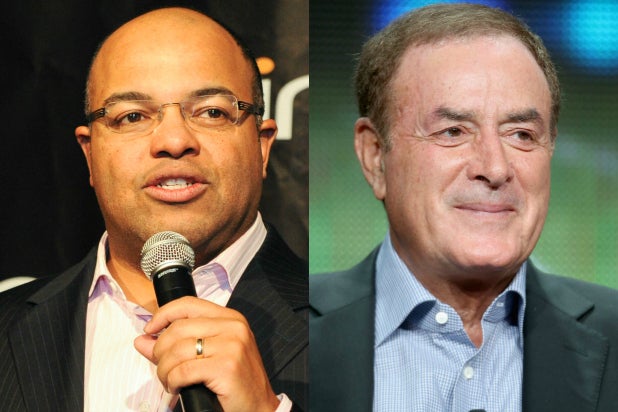 Al Michaels is being pulled from “Sunday Night Football” this weekend “in accordance with NBCUniversal COVID-19 safety protocols,” NBC Sports said on Friday.

“Michaels has not been cleared to work this weekend’s game,” the group informed media this afternoon via email.

NBC did not specifically say if Michaels tested positive for COVID-19, but the legendary sportscaster said the following in a statement provided to media: “I feel great, I have no symptoms, and my temperature this morning was 97.5. I look forward to returning to the booth as soon as possible.”

We asked an NBC Sports spokesperson if Michaels tested positive for COVID-19, but that information was not made available to us. It is theoretically possible that Michaels violated a safety measure and is being sidelined out of an abundance of caution.

Tirico also filled in for Michaels on last week’s game, though that was a scheduled substitution, a person with knowledge of the staffing plans for TV’s No. 1 show told TheWrap.

So here is how “Sunday Night Football” and its lead-in, pregame show “Football Night in America,” will look to end the pre-Christmas weekend: