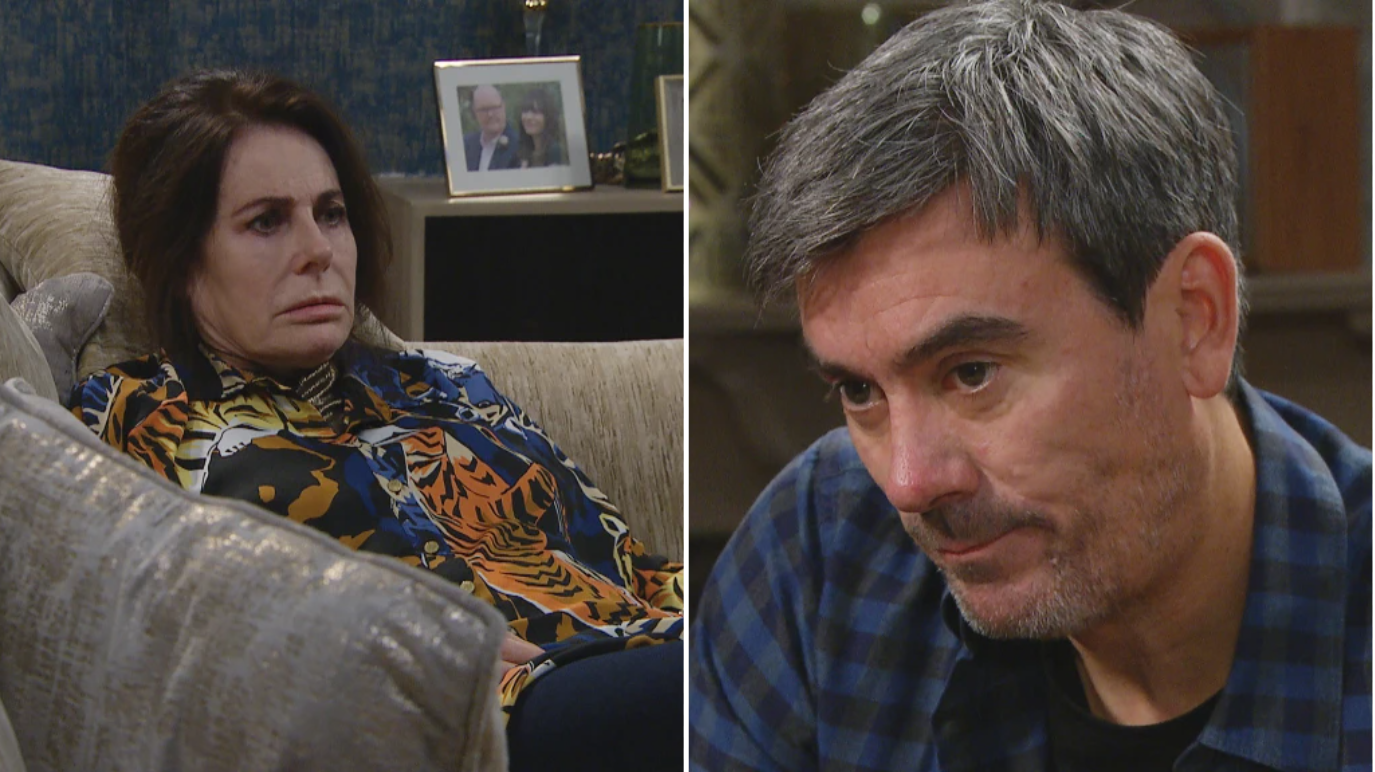 Cain (Jeff Hordley) wasn’t fully on board with Faith (Sally Dexter)’s idea of a family trip to Filey in tonight’s Emmerdale. ‘A four hour round trip to a freezing cold beach’ wasn’t his idea of fun, and he was worried that Faith wasn’t strong enough to cope with it.

The rest of the family were fully behind the scheme, as they could see how happy it was making Faith. ‘Seagulls chasing your chips, candy floss as big as your head,’ Bear (Joshua Richards) reminisced as they talked about past holidays. ‘It was like a giant sugary cloud,’ said Chas (Lucy Pargeter).

When Cain expressed his misgivings to Chas she said they were going to give their mother one perfect day.

‘How can it be perfect when she’s dying?’ he replied. Chas reminded him of the seaside holiday when Faith made sure she gave them both a lovely time, despite what she must have been going through with Shadrach, and Cain seemed to relent.

But then Faith had a fall. She wasn’t hurt, but it was one more sign that her health is failing fast. She insisted she would be fine for the trip. ‘Promise me it is happening,’ she said to Cain, and he promised her it was.

Later, Cain rang Faith’s palliative care nurse, who said that Faith was too fragile to attempt the trip. But when Cain Dingle makes a promise, he keeps it. He told Moira (Natalie J. Robb) he’d find a way to give Faith her special day.

So if Faith can’t get to the seaside… the seaside will have to come to her.