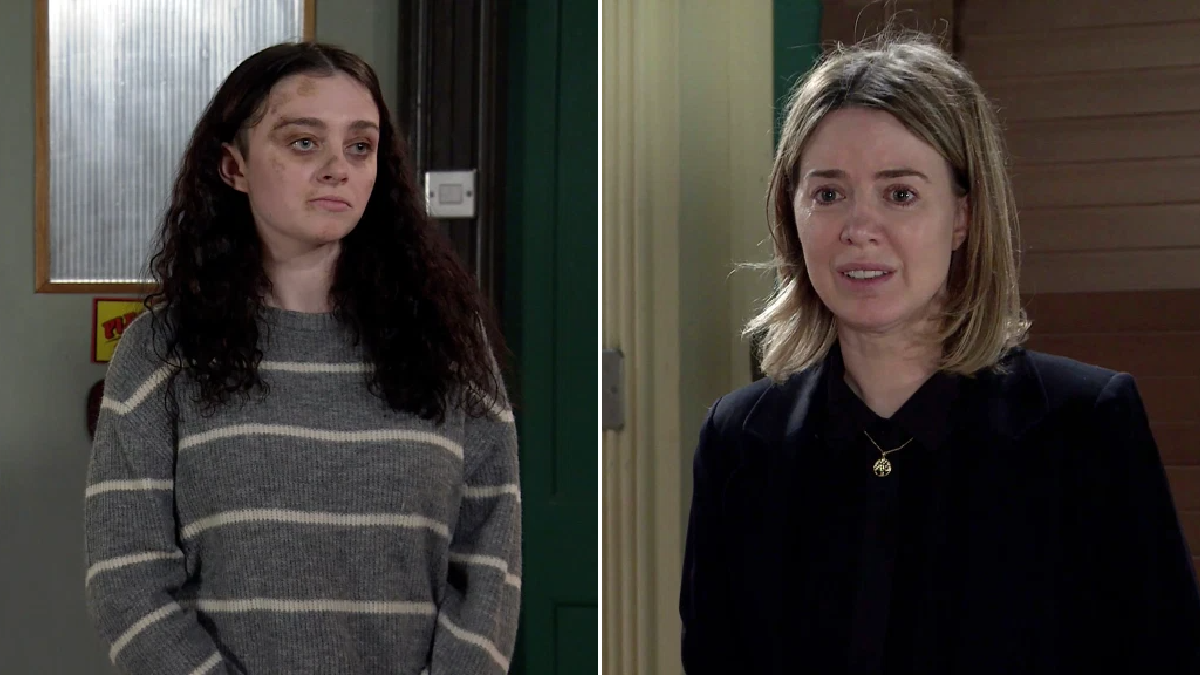 Seb was murdered in horrific scenes earlier this month, when he and Nina were set upon by Corey Brent (Max Evans) and his mates.

Upon discovering that the attack was motivated by Nina’s appearance, Abi was livid, and subsequently lashed out at the young woman.

Nina has felt responsible ever since, and ultimately decided against attending her boyfriend’s funeral – as she thought Abi wouldn’t want her there.

Abi, however, reconsiders her position on the matter following a conversation with Roy Cropper (David Neilson), and therefore she heads around to see Nina in upcoming scenes.

Placing a bag full of goth dresses in front of her, Abi instructs the young woman to go and put one on, as Seb would want her at his funeral – and he would want her there dressed as the Nina that he loved.

Nina does as she’s told, but animosity ensues at Seb’s wake, as Corey turns up, and makes out that he wants to pay his respects.

Abi, however, later overhears him on the phone, laughing about Seb’s death.

The devastated mum takes hold of a broken bottle, and sets off to get revenge.

Will she take action?