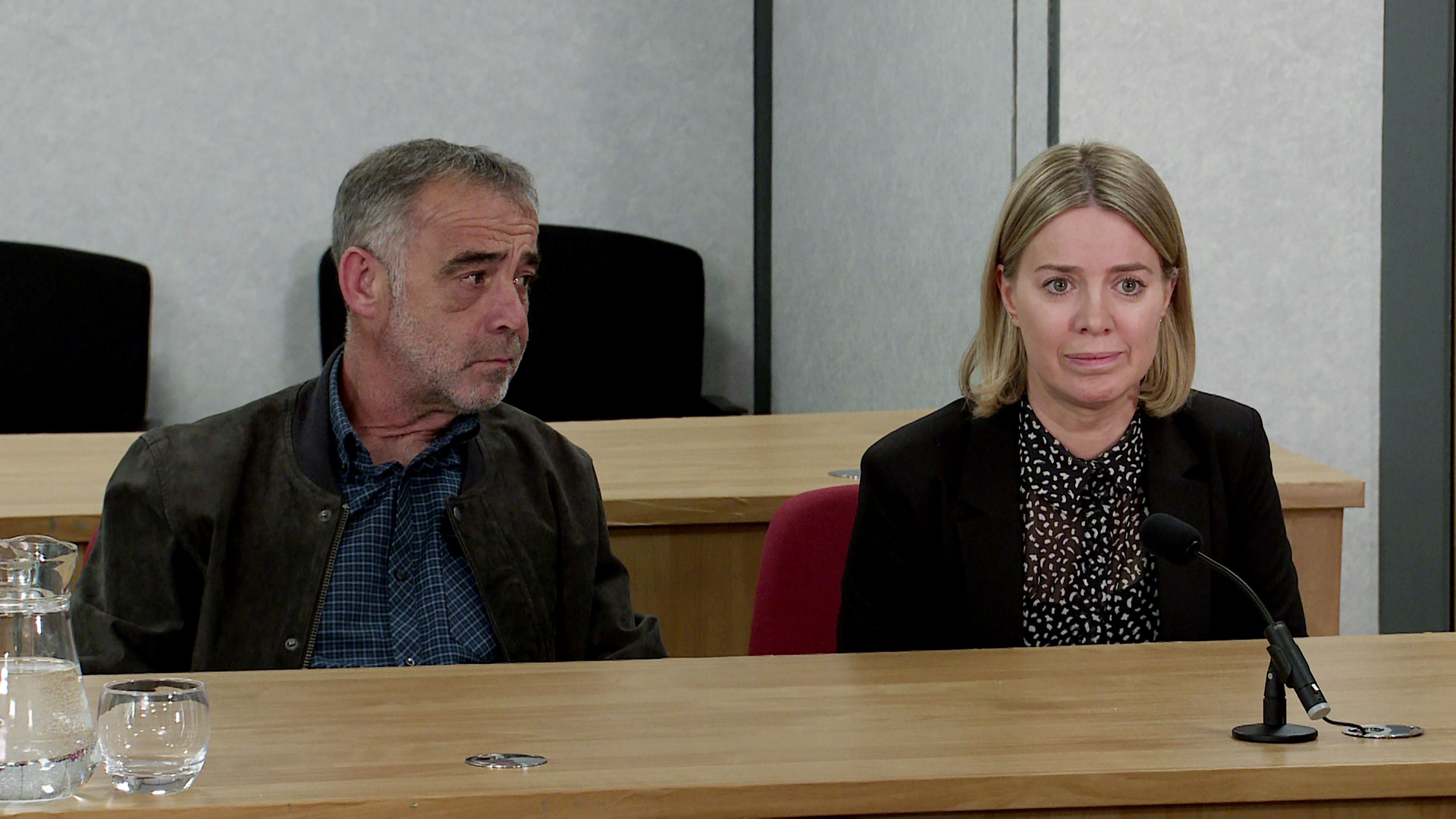 Abi Franklin (Sally Carman) is feeling the pressure in upcoming Coronation Street episodes as she’s finally told there’s a chance she will get baby Alfie back.

Following Imran’s (Charlie de Melo) death (which occurred due to the injuries he sustained after his and Toyah’s (Georgia Taylor) crash), Alfie’s future has remained uncertain.

Thankfully, Abi is given a glimmer of hope as she learns she needs to reapply for custody of Alfie and the hearing is tomorrow.

On Friday, as Abi waits in the court waiting room, she slags off the judicial system to a woman nearby.

With the custody hearing about to start, the Judge takes her seat and Abi is horrified to realise it’s the woman she met in the waiting room!

Believing she’s ruined any chance she had, Abi listens in as the local authority solicitor lists her failings as a mother and recommends that Alfie remains in care.

Is Abi set to lose Alfie all over again?

Or will the Judge finally allow Abi to look after her son?