Home » TV and Movies » 5 Things to Worry About This Oscar Season, From Virtual Ceremonies to Awards Boredom 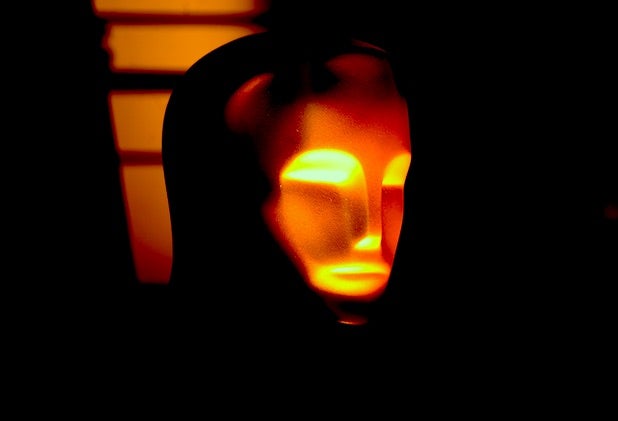 Last week, on Thanksgiving, I offered a list of 10 things I was thankful for this awards season. But obviously, you can’t tell the story of this awards season — or this year — with only nice thoughts and gratitude.

After all, it’s a year without movie theaters to a large degree. A year without film festivals the way we know them. A year in which the big studios will for the most part be skipping the Oscar race and waiting for a time when they can actually make money from ticket sales, or from whatever other distribution mechanism they come up with. A year of canceled shows and virtual shows and way too much Zoom.

So to go with the 10 things I’m thankful for, here are five things that worry me about this season. All of them are trivial, of course, compared to worries about the spread of COVID-19 or the fallout from people refusing to accept the election results. But they’re real.

I’ve also suggested some solutions, none of which are likely to work.

1. Problem: Voters will never be able to see most of the movies the way they should be seen.
I saw Paul Greengrass’ “News of the World” this week, and apart from really liking it — I’m a sucker for majestic, elegiac Westerns, and this one is a beauty — I kept wishing that I could have been watching it on a big screen, not on my television monitor. But COVID has made that almost impossible, which means that Universal’s theatrical release notwithstanding, the vast majority of the voters who see it will do so on their TV or computer.

And “News of the World” is far from the only film whose stunning production values will take a hit when the movie is robbed of a theatrical screening. Christopher Nolan’s “Tenet,” of course, demands to be seen on a big screen, which is why it was released in whatever theaters were open back in the summer, and is only getting around to a digital release this month. So does George Clooney’s “The Midnight Sky,” which is part outer-space epic and part survival story set in the Arctic.

You could say that many other top contenders really deserve to be seen full-size, too, from “Nomadland” and “Mank” to documentaries like “Notturno” and “Fireball.” It’s troubling that for most voters in the U.S., concentrated as they are in New York and Los Angeles, watching movies the way they should be watched just isn’t an option this year.

Solution: Um, maybe everybody should get deluxe home theaters for Christmas?

2. Problem: We may have already seen almost all the big contenders.
Twenty weeks before last year’s Oscars — which is to say, mid September 2019 — we had seen six of the nine eventual Best Picture nominees, and 13 of the 20 acting nominees. But there were a number of significant movies yet to screen, including “The Irishman,” “1917,” “Little Women,” “Bombshell,” “Knives Out” and “Richard Jewell.” Though the pieces were falling into place, it still felt relatively early in the season.

This year, while the Oscars aren’t taking place until late April, it feels as if we’re further along in the season — and even though films can qualify by receiving theatrical releases up to Feb. 28, it seems that most of the biggest contenders have already been unveiled, to the press and industry if not to the public. Lee Daniels’ “The United States vs. Billie Holiday” could be a player and is just starting to screen, along with Shaka King’s “Judas and the Black Messiah,” and there’s talk of some other potential dark horses, including the legal drama “The Mauritanian” (try not to be confused with “The Mandalorian”) and the February Netflix release “Malcolm & Marie,” with Zendaya and John David Washington.

But really, the list of what’s likely to be in contention for the most part is settled: “Nomadland,” “Mank,” “The Trial of the Chicago 7,” “News of the World,” “Da 5 Bloods,” “Minari,” “Ma Rainey’s Black Bottom,” “One Night in Miami,” “The Father,” “Soul” and a handful of others. There are lots of good movies on that list, and lots of good ones not on it — but if that’s the bulk of the real contenders, the year could end up feeling as skimpy as we’d been fearing all along.

Solution: With Sundance taking place (largely virtually) at the end of January and Oscar qualifying extending to the end of February, a film or a couple of films could take Sundance by storm, schedule an immediate qualifying run, ride that burst of momentum to Oscar nominations and invigorate the race.

3. Problem: In-person awards shows are a huge question mark.
This week, the National Academy of Television Arts and Sciences bit the bullet and committed to virtual versions of 2021’s Daytime, Sports, News and Tech Emmy ceremonies, which will take place between June and October. And the Sundance Film Festival announced a format that will take place largely online, plus nationwide live events whose details will remain very much TBD until we know what COVID restrictions will look like in late January.

(Judging by the current progress of the virus and the likely scarcity of any vaccine, those live events look to be very restricted in nature.)

Meanwhile, the Producers Guild Awards has committed to a virtual show for its March 24 ceremony, and other awards bodies are aware that they will likely have to follow suit, even if they’re holding out hope that in-person ceremonies might be possible.

And yes, you can ignore the highly dubious and spectacularly premature report in another trade that the Academy has committed to an in-person show. They may hope desperately for an in-person show, but they’re not dumb enough to make a statement committing to one in the biggest week ever for COVID infections in Los Angeles.

The fact is, we don’t know if there will be a single awards show for the foreseeable future with a live, in-person audience. For the moment, such an event seems unlikely. And as the Primetime Emmys showed in September, you can try really, really hard to make a virtual ceremony entertaining, and sometimes you can even succeed, at least a little. But a virtual show will never have the energy of an in-person show.

At this point, unless that vaccine starts kicking COVID’s butt, we’re almost guaranteed a string of flat awards shows, up to and perhaps including the Oscars.

4. Problem: Voter fatigue could be a killer.
As of early December, there were slightly more than 100 films in the members-only Academy Screening Room devoted to the Best Picture category. Of those, I would say that two, “The Trial of the Chicago 7” and “Da 5 Bloods,” are likely Best Picture nominees. Another four or five are possibilities. And the rest, while many of them are fine indies worthy of attention, will probably not really be contenders.

Meanwhile, the screenings that normally litter the calendar this time of year can’t happen, and the usual deluge of DVD screeners that show up around Thanksgiving and into December has been a trickle. (Interestingly enough, the companies that have been most active in sending screener DVDs to Academy voters are the two big streaming companies, Netflix and Amazon.)

If Oscar voters have lots of films to watch, but 95% of them aren’t movies they’re likely to vote for, the danger of them being worn out and apathetic by the time voting rolls around is a real one. Remember, screeners over the holidays is a Hollywood tradition — so even if we’re earlier in awards season than we usually are at this time of year, the breaks from work are still coming in late November and between Christmas and New Years. Companies are taking a risk if they don’t take advantage of the calendar.

Solution: Voters should get adventurous and embrace the indies to which they have access, as I suggested last week.

5. Problem: Viewer fatigue could be a real killer, too.
The Academy and ABC know that the 93rd Academy Awards will probably get terrible ratings; that’s just the nature of this year, and of awards shows in recent years. But there’s a bigger worry with this elongated season, which has to do with the nature of awards season itself.

Most years, viewers and Oscar-watchers are overwhelmed and worn down by the endless stream of awards shows by the time the Oscars roll around. Granted, that wasn’t exactly the case last year, when the earliest-ever Feb. 9 Oscars turned awards season into an exhausting and overwhelming sprint (and thankfully so, since COVID could have turned a usual late-February Oscars into a super-spreader event). But this time around, it could seem like an eternity before the April 25 Oscars arrive, particularly if the first two months of 2021 don’t unveil many real contenders.

The problem with a very long season with nothing new to get interested in probably isn’t the usual awards fatigue — rather, it’s downright boredom, something that the pandemic only intensifies. Is anybody going to care, at all, about movie awards by early April? Maybe they will, but I’m scared that the Oscars may well take place in the face of monumental indifference.

Solution: C’mon, it’s the Oscars! Feel free to ignore all the other awards shows, then start bingeing the nominated movies in mid April and get revved up for some delayed gratification.