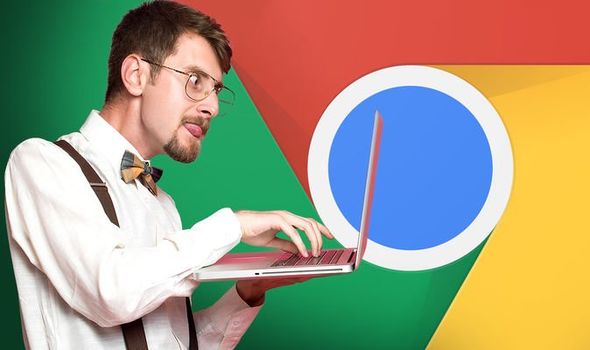 Google Chrome is comfortably the most popular web browser on the planet, accounting for a staggering 70 percent or so of all desktop traffic. But there are a number of companies trying to challenge its crown, including Microsoft Edge. The browser, which first launched alongside Windows 10, has recently undergone a pretty drastic overhaul to rework the app to run on the same Chrominium code base that powers Chrome.

This means Edge users shouldn’t run into any incompatibility issues online, since the vast majority of websites are optimised for the most popular browser around, Google Chrome. But Microsoft hasn’t been resting on its laurels and coasting on Google’s code. Instead, the Redmond-based firm has been busy adding a truckload of new features to Microsoft Edge – some of which Google itself has decided to “borrow” for a future version of Chrome.

And now Microsoft is looking to replicate one of the most beloved Chrome features of all – the Dinosaur mini-game. This immensely fun Easter Egg can be found whenever you’re having internet issues. Tapping on the small dinosaur icon found on the “This webpage is not available” screen will load-up an endless running game where players have to tap the prehistoric mascot to leap over cacti and pterodactyls. Your highest score are displayed in the top left-hand corner – which can make the entire experience more stressful than losing your internet connection in the first place.

The Google Chrome dinosaur game works on desktop and mobile.

READ MORE
WhatsApp warning: Why your texts, photos could be found with a Google search

Microsoft Senior Product Manager For Edge, William Devereux confirmed plans to build an offline game – named “Surf” – for Microsoft Edge users on desktop and mobile to keep them similarly entertained whenever there is an issue with 4G or Wi-Fi.

And if you’re a little tired of the simplistic tap-to-jump gameplay offered in the endless runner on Google Chrome, Microsoft Edge might be just the answer as this arcade-style game is a whole lot more advanced.

Microsoft’s Surf game has players trying to outrun a Kraken through an ocean filled with obstacles. There are three different modes featured in the game including Let’s Surf – an endless running game like the dinosaur you’ll find on Chrome that keeps track of your high score. There’s also Time Trial, which challenges you to find the end of the level as quickly as possible, and Zig Zag, which forces you through gates for as long as possible. 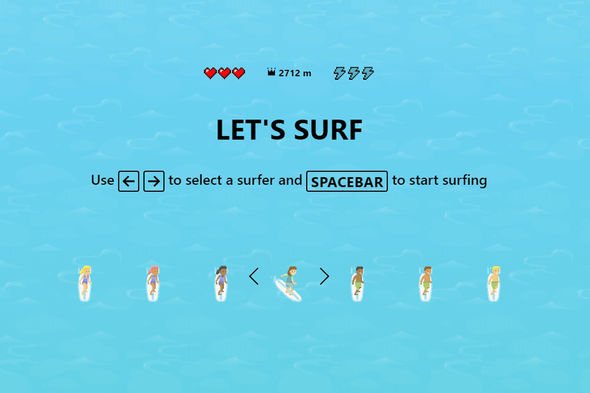 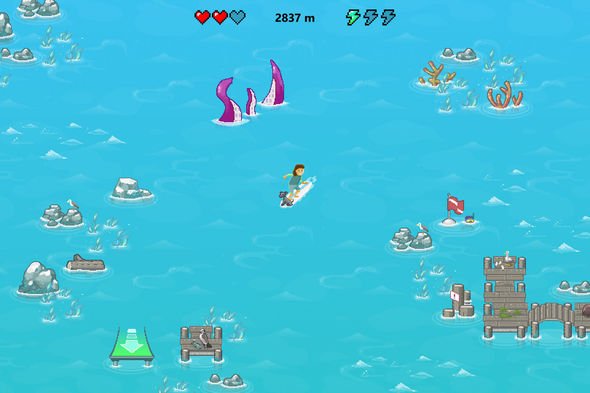 Not only that, but Surf works with a number of different input methods too. It can be played with a touchscreen, keyboard and mouse, and even a gamepad. So, if you’ve got a spare Xbox controller lying around and really want to best your high score – it’s well worth plugging that into your machine.

Since Edge is available on Xbox, gamepad support means you’ll be able to play the game whenever you come across internet issues on your console too. Although, frankly, you should have some better titles around to play rather than Surf on your Xbox One.

If you’re intrigued to try the new Surf game, Microsoft makes the mini-game available to everyone if you type in edge://surf into the URL bar.