The caldera inside Yellowstone National Park gets its nickname as a supervolcano due to the global implication it would cause in the event of an eruption. It was formed during the last three big events over the past 2.1 million years and is constantly monitored by the USGS (United States Geological Survey) for signs of anything out of the ordinary. Scientist-in-charge of the Yellowstone Volcano Observatory (YVO), Dr Poland, laid bare the sobering power of the volcano during the USGS’s new video ’The Yellowstone Volcano Observatory: Overview, Monitoring, Hazards, and Noteworthy Results’.

He said: “The most well-known hazards are the big explosions, that’s what everyone talks about.

“Everyone knows about the giant world-ending explosions.

“These are very big explosions, not end of the world events, but there have been a few of these that have happened in the last two million years. 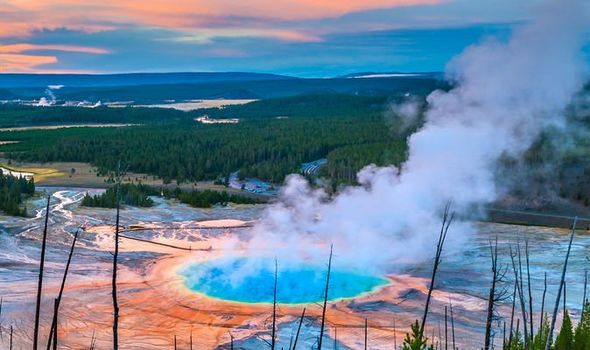 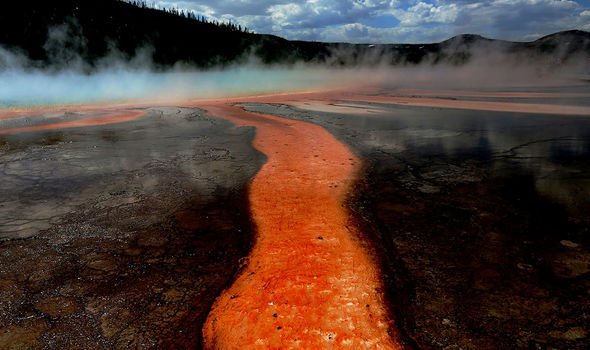 “If that size of thing happened today, it would be very devastating to the central part of the US.”

Dr Poland explained how researchers have probed the impact such an event would have, but said it was unlikely to happen any time soon.

He added: “We’ve done simulations on how ash would fall and it would blanket much of the US, this is probably what happened when this caldera first formed 631,000 years ago.

“But the chances of this sort of event are very remote, they occur once or twice every million years.

“The interval between these things, there’s over 700,000 years between events. 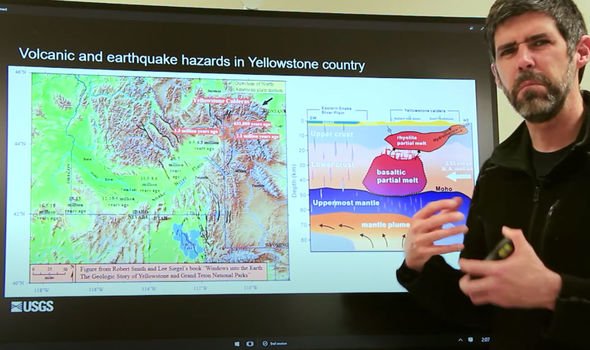 Not every eruption at Yellowstone is a full-scale catastrophe, non-explosive eruptions of lava and less-violent events have occurred in and near the caldera since the last supereruption.

The most recent lava flow occurred about 70,000 years ago.

These are still dangerous, with rivulets of magma forcing their way out of the eruptive vents which can spew lava and gas to the surrounding areas.

Dr Poland added: “Since the last big Yellowstone explosion, 631,000 years ago, there have been about two dozen lava flows. 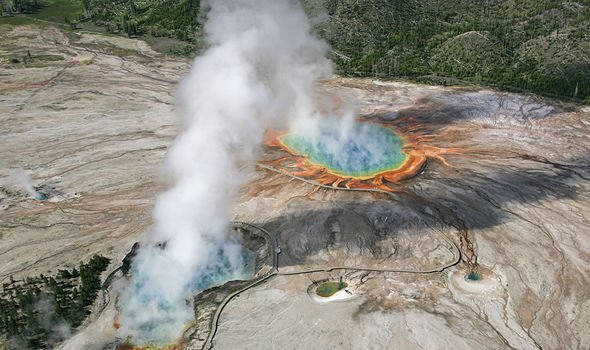 “The area is full of faults as well, and this is because Yellowstone is on the edge of the Western US extensional province.

“We call it the basin and range, that area is being pulled apart by tectonic forces, so there are faults everywhere.”

And Dr Poland detailed the chilling consequences of these faults. 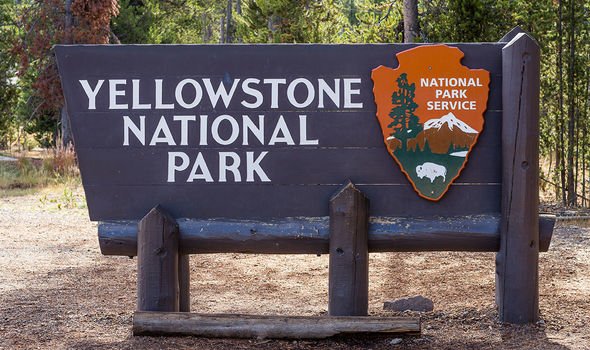 “But Yellowstone, because it is this active tectonic area, can also generate some very large earthquakes.

“The largest earthquake ever recorded happened near Hebgen Lake in 1959, and it was a magnitude 7.3 – it caused quite a bit of damage.

“In fact, it caused a landslide that dammed the Madison River, resulted in the deaths of over two dozen people and created what’s now known as Quake Lake, which you can go and visit today.”

Tectonic earthquakes are among the most powerful natural phenomena on the planet and have long been thought to trigger volcanic eruptions.

In these hotspots, eruptions and earthquakes are often taking place at roughly the same time, but scientists say you cannot assume there is a connection.