RAW Women's Champion Asuka has been sidelined with a concussion and her return date is now uncertain.

That leaves WrestleMania 37 plans up in the air as the Empress of Tomorrow is reportedly penned down to defend her title against Charlotte Flair at the Showcase of the Immortals. 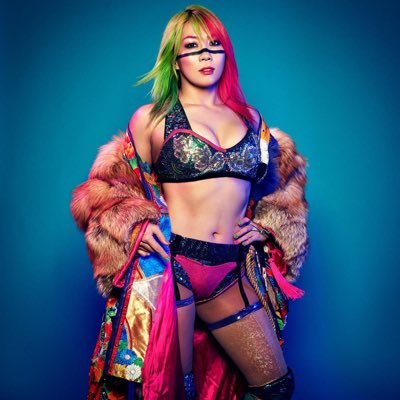 According to the publisher and editor of the Wrestling Observer Newsletter Dave Meltzer, the Japanese superstar could be 'fine' next week, or she may not be cleared to wrestle for a long time.

Meltzer said: "There’s enough time left that she probably would be back for 'Mania but that’s not a sure thing."

Asuka suffered the injury on Raw last month from a kick in the head by former UFC fighter Shayna Baszler.

The Raw Women's Champion was in a tag team match with Charlotte against Raw Women's Tag Team Champions Baszler and Nia Jax.

WWE have yet to disclose much information about the match card at WrestleMania considering there's one last pay-per-view event left with Fastlane taking place next week on Sunday.

So far, Universal Champion Roman Reigns is set to defend his title against the 2021 men's Royal Rumble winner Edge at Mania.

And SmackDown Women's Champion Sasha Banks is expected to put her belt on the line against the 2021 women's Royal Rumble winner Bianca Belair.

Of course plans are always subject to change as Reigns will defend his belt against Daniel Bryan at Fastlane first and Banks will take on Jax with her title on the line next week on SmackDown.

However, the chances of either champion losing their belt before WrestleMania are next to none.

Rumours suggest Asuka and Charlotte will lock horns once more in a rematch from their WrestleMania 34 clash three years ago.

Flair won that bout and became the first ever wrestler to beat the Empress of Tomorrow in WWE.