WONGA borrowers owed hundreds in compensation for mis-selling still haven't been refunded despite promises payments would be made by the end of February.

Unhappy customers have complained online that they're desperately awaiting much-needed cash, and have no idea why claims haven't been paid out. 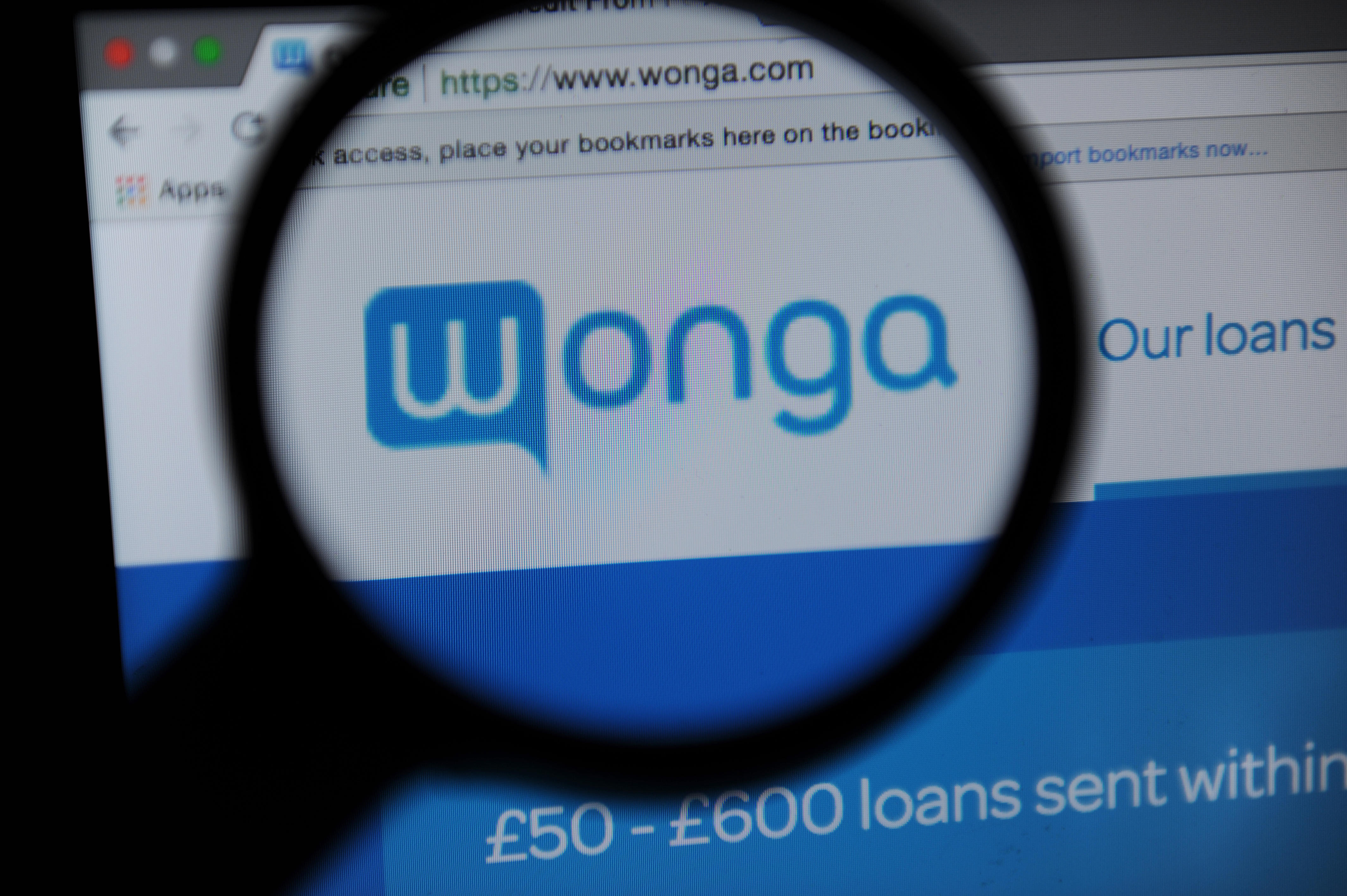 The defunct lender's administrator, Grant Thornton, admits 40,000 claims have yet to be paid, blaming it on issues verifying account details.

But many borrowers say their bank account and personal details haven't changed since they first applied for compensation.

Back on January 30, Grant Thornton promised payments would be made within four weeks, which would have been by February 27.

It adds that around 400,000 claims have already been paid, leaving 10 per cent – or one in ten – still waiting for their money. 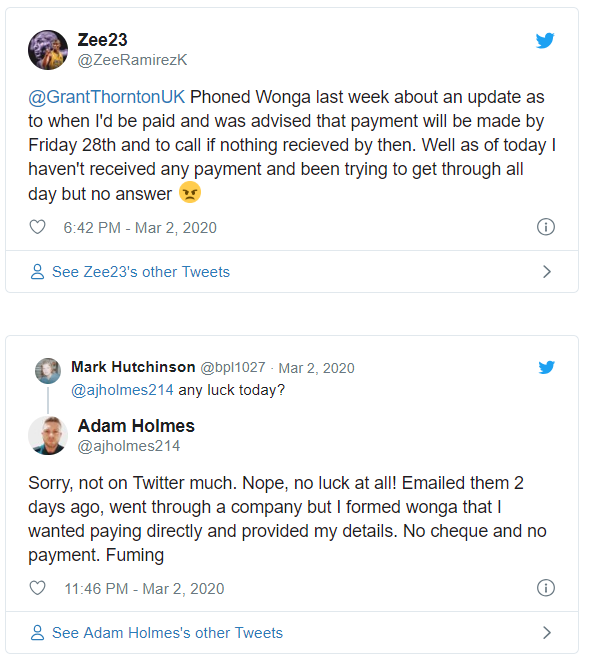 It said on March 2 that payments will continue to be made over the next two weeks, which should mean borrowers are repaid by March 16.

The delay is a further blow to borrowers who had initially been told claims would be paid within four months, with a final possible payout date of January 30, 2020.

Victims will also only get back a disappointing 4.3p for every £1 they're owed.

For those who were told they were entitled to receive £100 compensation, this means in reality they will only get £4.30.

Sara Williams, a debt expert who runs the Debt Camel blog, told The Sun: "Many of these people seem to have simple cases – they haven't used a claims firm, they haven't changed their bank account details.

"Yet they are being sent contradictory emails. The helpline is often not answered and when it is, the customer services staff cannot tell someone what is happening to their case.

"Some of them are desperate for the money, having planned to pay an important bill with it. They may now be getting overdraft charges because the money has not arrived when it was promised."

'No cheque and no payment. Fuming'

One unhappy customer tweeted earlier this week: "Phoned Wonga last week about an update as to when I'd be paid and was advised that payment will be made by Friday 28th and to call if nothing received by then.

"Well as of today, I haven't received any payment and been trying to get through all day but no answer."

Another person added: "Nope, no luck at all! Emailed them two days ago. I went through a [claims] company but I informed Wonga that I wanted paying directly and provided my details. No cheque and no payment. Fuming."

Readers of the Debt Camel blog have also complained about missing payments. One person wrote: "They caused me distress and concern many years ago and are still doing so to this day due to the monumental cock up with payments and miscommunications.

"I’m waiting for £551 and unfortunately it’s an amount I am desperate for."

Are you due a payday loan refund?

MILLIONS of payday loan customers may be due refunds.

Refund or compensation is often given where the loan was mis-sold or where affordability checks weren't stringent enough. Here's all you need to know:

Someone else said: "Haven’t received a reply to a single email. Haven’t received my redress. Haven’t used a claims company or changed my bank details, which Wonga has confirmed three times are correct.

"Have had zero communication at all. No idea where to turn as I don’t believe this money will be here in the next two weeks. Just glad I found this page so I know I’m not alone."

Another person added: "Is there any point calling the helpline anymore? I’ve called so many times but not since last week. Still not been paid. No idea if a cheque went to my old address even though I specifically asked for no cheque."

A spokesperson for the administrators at Grant Thornton UK LLP said: “While over 90 per cent of transactions have been successfully processed (in excess of 400,000 transactions), a small proportion of dividend payments remain outstanding predominantly owing to data and checking of account details.

"The administrators realise this delay is concerning to affected creditors and are working hard to resolve the matter and conclude all outstanding dividend payments as soon as is practicable."

Grant Thornton adds that affected borrowers should check for updates on the Wonga website.