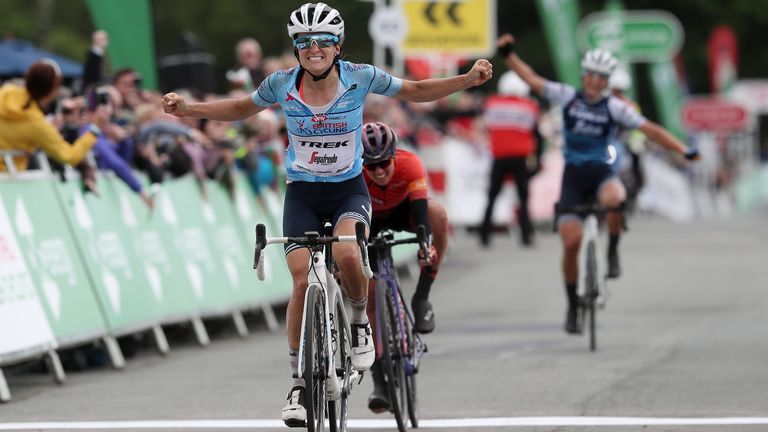 The Women’s Tour will include an individual time trial for the first time this year.

Organisers have announced details of a 16km test around Atherstone in Warwickshire – with the 10-mile distance a nod to Britain’s time-trial heritage.

The time trial will come on stage three of the six-day UCI Women’s WorldTour race, which has been moved from its usual June slot to early October due to the coronavirus pandemic.

That means the time trial could be the first outing in the rainbow stripes for a new world champion, coming a little over two weeks after Dutchwoman Anna Van Der Breggen is due to defend her title in Flanders.

Annemiek Van Vleuten, a two-time world time-trial champion, said the inclusion of a race against the clock would make an already popular race even more attractive to riders.

“This news make me really happy,” the Movistar rider said. “Time trialling is an important part of cycling – it is an Olympic discipline – but we don’t have many opportunities to ride them, so I’m really excited that the Women’s Tour has added one.

“This type of stage is good for me – but it’s also good for the future of cycling. Younger athletes can learn so much by doing them.”

The Women’s Tour will begin on October 4 with a stage from Bicester to Banbury before a second stage which will start and finish in Walsall.

Organisers are still working to finalise venues for stage four on October 7 after earlier plans had to be scrapped due to the change in schedule, but are focusing on eastern England.

That will come ahead of a penultimate stage from Colchester to Clacton and a finale between Haverhill and Felixstowe, both ones for sprinters on paper but where the wind could be a major factor.

Full details of the route are expected by July.