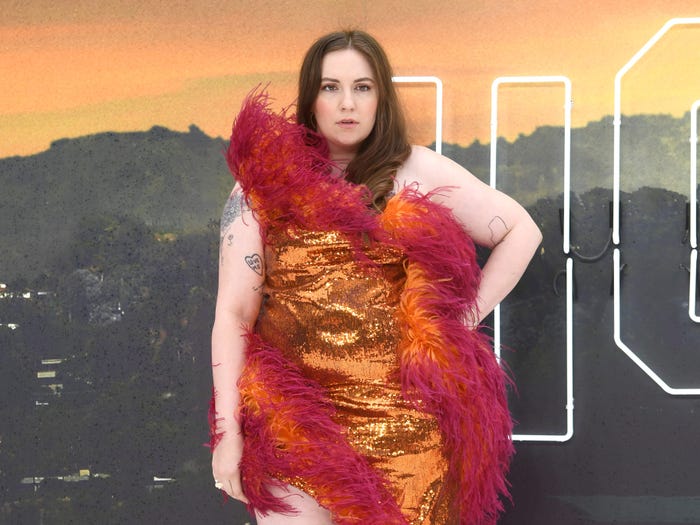 Anything that writer and actress Lena Dunham produces seems prone to controversy, and the recent essay she wrote about her experience going through a failed IVF cycle is no different.

In the essay, Dunham talks about how, after undergoing a hysterectomy, she considered adoption before realizing that she might be able to have a biological child carried by a surrogate. For some women who have experienced infertility and IVF, the essay struck a chord, while others thought it was inconsiderate.

Some women felt the essay resonated, but disliked Dunham's choice of words

Regina Townsend, an IVF blogger from the greater Chicago area, says that she and many of her friends had mixed feelings about the essay.

The way that Dunham talks about being immersed in the experience of assisted reproduction resonated with many women, she said. "The idea of how this journey changes us from who we thought we were and what we thought we wanted, as well as the isolation that comes as a result, was very much on point," said Townsend, who has a four-year-old son conceived via IVF.

But Townsend and many of her friends didn't like how Dunham characterized moms who participate in infertility groups online and identify as "IVF warriors."

"On Etsy, they purchase in abundance items that claim this title, T-shirts and socks and organic cotton onesies that say my mom is a warrior! infertility met its match," Dunham wrote in her essay.

"In their photos — shared early in the morning, after perfunctory ultrasounds, and late at night, after trigger shots or missed periods, always with the hashtag #IVFwarriors, which returns hundreds of thousands of Instagram, Twitter, and Pinterest results — they appear triumphant, running marathons with their estrogen cranked up to ten times the average of an ovulating woman, flushed and flashing pearly teeth; or bereft, bloated with yet another needle in the curled fat of their bellies."

"The issue with the piece was that it unfortunately created caricatures of the other thousands of people who are fighting through infertility," Townsend said, adding that she thought the piece lacked compassion. "It felt like judgment and polarization, rather than advocacy."

Jennifer Palumbo, a New York City writer and mom of two, said she felt that Dunham's characterization of IVF groups was over-the-top, and even mean-spirited. Hundreds of thousands of women find comfort in the groups, and Palumbo, like Townsend, thought that Dunham missed an opportunity to raise awareness about the experience these people share.

"To try IVF once for a short period doesn't give anyone the right to take away what brings others comfort," Palumbo said. "More than anything, we need advocates — not critics."

Dunham missed an opportunity to talk about racial disparities in IVF

In the essay, Dunham mentions the fact that white women are more likely than others to undergo IVF.

Research has found that Black, non-Hispanic women are 80% more likely to report trouble conceiving than white women, but 20% less likely to undergo IVF. Factors like cultural attitudes toward assisted reproduction and access to healthcare and financial resources impact that disparity, but Dunham mentioned none of that, frustrating many women.

"If you have the platform to address these things, why not also include what you think we can do about it.  Or what you're doing about it," said Townsend, who is Black.

Although she missed an opportunity to discuss race, Dunham opened an important conversation about failed IVF attempts, some women said.

The heartbreak in Dunham's piece is that her IVF cycle is not successful. Although it's not talked about, that's incredibly common. In 2017, only about 24% of IVF cycles resulted in a live birth, according to data from the CDC.

Alden Jones, who teaches Feminism and Women's, Gender, and Sexuality Studies at Emerson College, appreciated how candid Dunham was about the fact that she won't be able to have a biological baby in spite of her privilege. Too often, Jones said, celebrities have children into their 40s without mentioning IVF, which can make it seem like everyone can get pregnant.

"There's this belief that with the desire to have a baby and access to enough money, anyone who wants to can have a baby," said Jones, who is a mom of three. "That's not true, and Dunham is not alone in seeming to learn this only by the process of going through IVF."

Overall, the piece left people in the IVF community with a lot to think about, said Monica Caron, an infertility advocate and mom of two from Atlanta. She hopes that the essay, which details the hurt Dunham felt at not being welcome in the IVF community when it became clear her attempts at assisted reproduction had failed, will change how the community treats people who don't have a child.

"Lena's pain is valid and she seems very hurt by our community. And because of this, it got the community talking about a lot of important things that needed to be addressed," Caron said.

"There are people in the childless not by choice community, who once they stop seeking treatment feel very ostracized by the community. So what is it that we can do to change this and be more inclusive and supportive?"

While the piece was painful for many people in the IVF community, Abbe Fedder, an infertility coach and mom of two from Los Angeles, is glad that it was written and shared so widely.

"It has been a godsend that the infertility community has had such a strong reaction," she said. "The comments that poured out have sparked a loving and supportive, inclusive and educational discussion. The discussion includes women who tried and tried and tried, and ultimately had to give up their dreams of having babies…the 'childless not by choice' women who are teaching me a lot as this story and the comments continue to unfold."