Thrifty mother who was left shocked by £1,000 quote for under-stair storage creates her OWN – by slotting in drawers from a £45 unit she found online

A savvy mother who was quoted £1,000 for under-stair storage revealed how she saved money by creating her own instead.

Jade Cooney, from Rushden, Northamptonshire, already had a large hall cupboard but felt the sloped section underneath the stairs wasn’t well used and wanted to add stepped shelving that could be used to store her children’s school supplies.

To achieve the effect she bought a £45 unit online and used plaster to fill in the gaps.

Sharing her results on the Extreme Couponing and Bargains UK Facebook group, Jade was praised by other DIY-enthusiasts for her great low-cost idea. 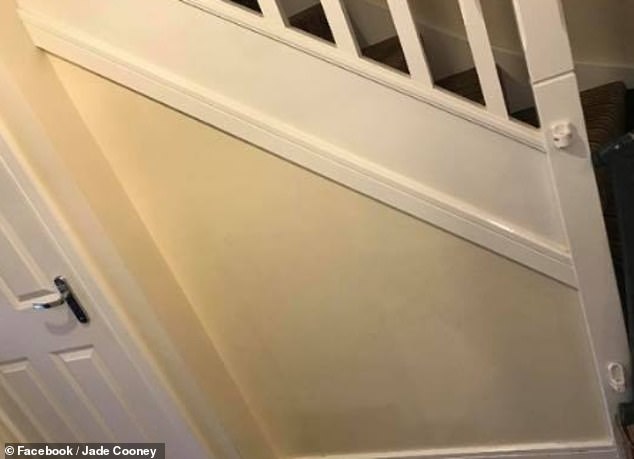 Jade Cooney, from Rushden, Northamptonshire, already had a large hall cupboard but felt the sloped section underneath the stairs wasn’t well used and wanted to add stepped shelving that could be used as storage. Pictured, the stairs before showing the door to the cupboard 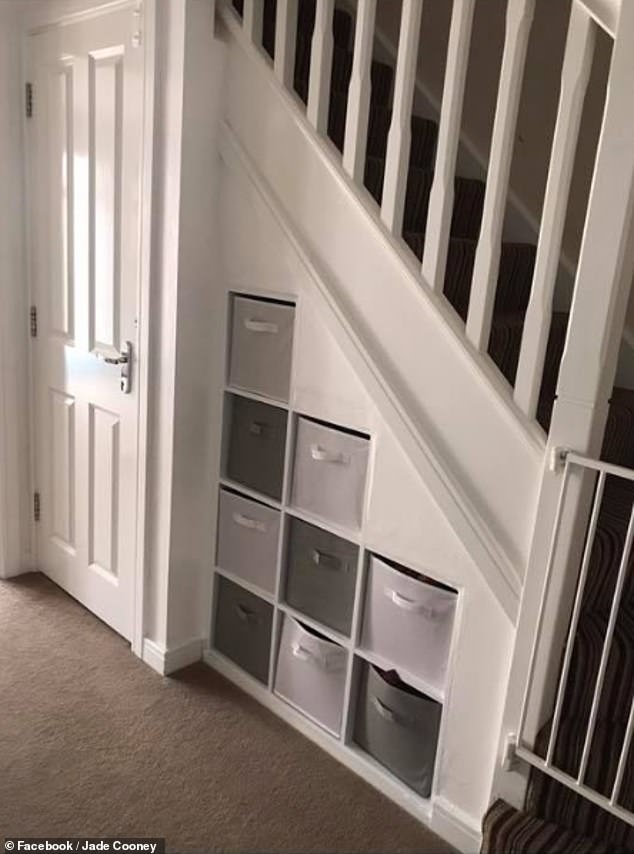 Jade fitted a drawer unit she bought for £44.95 into the wall and then filled holes with plasters before painting over (pictured after) 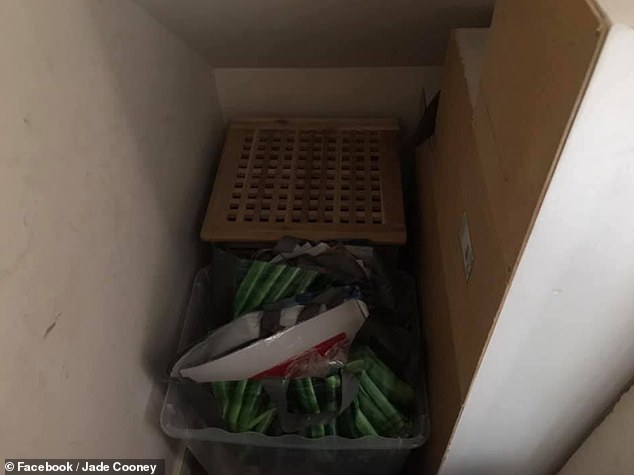 The picture showed she then filled the units with dark and light grey fabric boxes that could be used to store schoolbags, lunch boxes and PE bags.

The clever design means she also kept some of the valuable storage space behind the new unit, leaving room for larger, bulkier items like the ironing board and broom.

Jade said the units were particularly handy because the cupboard’s space was ‘wasted’ before. 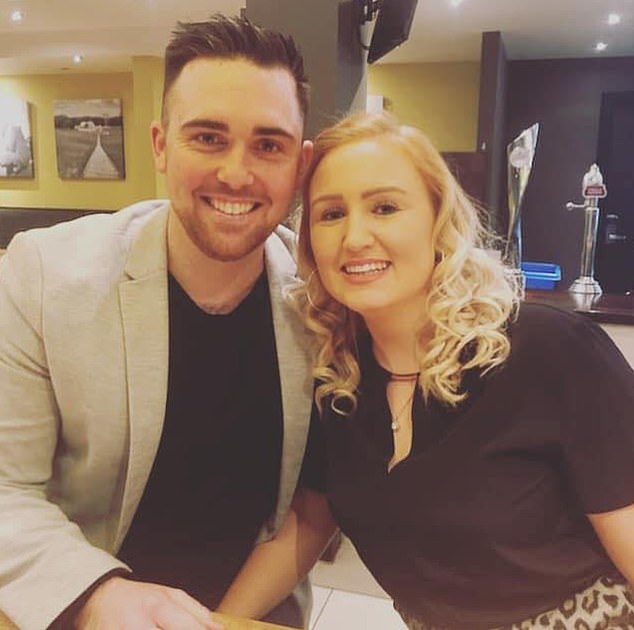 Jade, pictured with her husband, explained the unit was extremely handy for school supplies 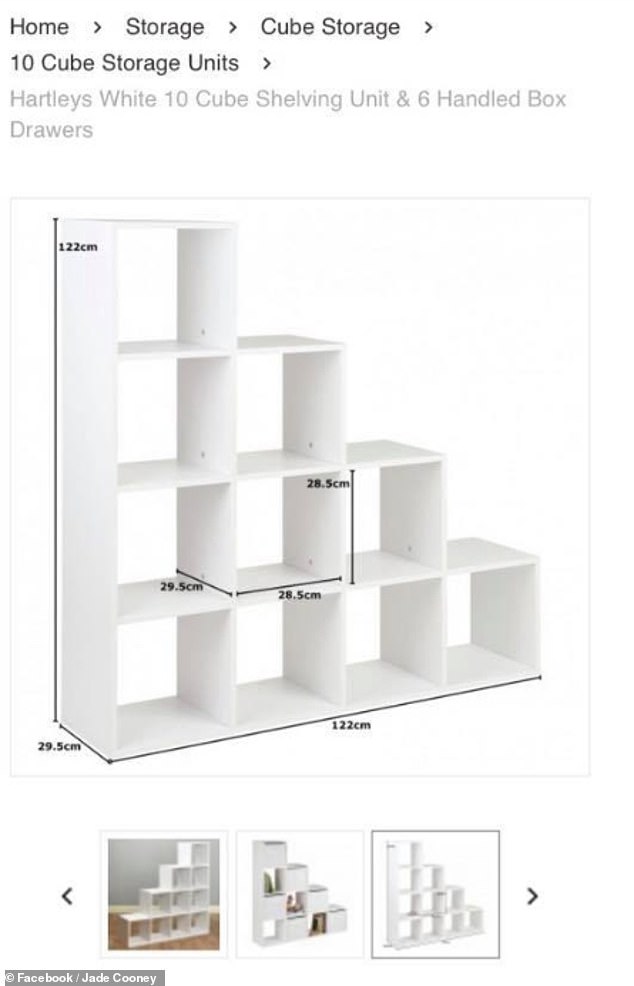 ‘It’s much easier for us as the cubes are used for the kids school bags/coats/football bags etc,’ she wrote.

After the mother shared her pictures on Facebook to showcase her DIY work, Facebook praised her for her skills and clever idea.

‘We are about to move house ( when this is all over and we are allowed to complete) and this is a fantastic idea. It would be ideal,’ said another.

People were impressed with Jade’s good work, praising her clever idea to fit the unit rather than having someone do it for her