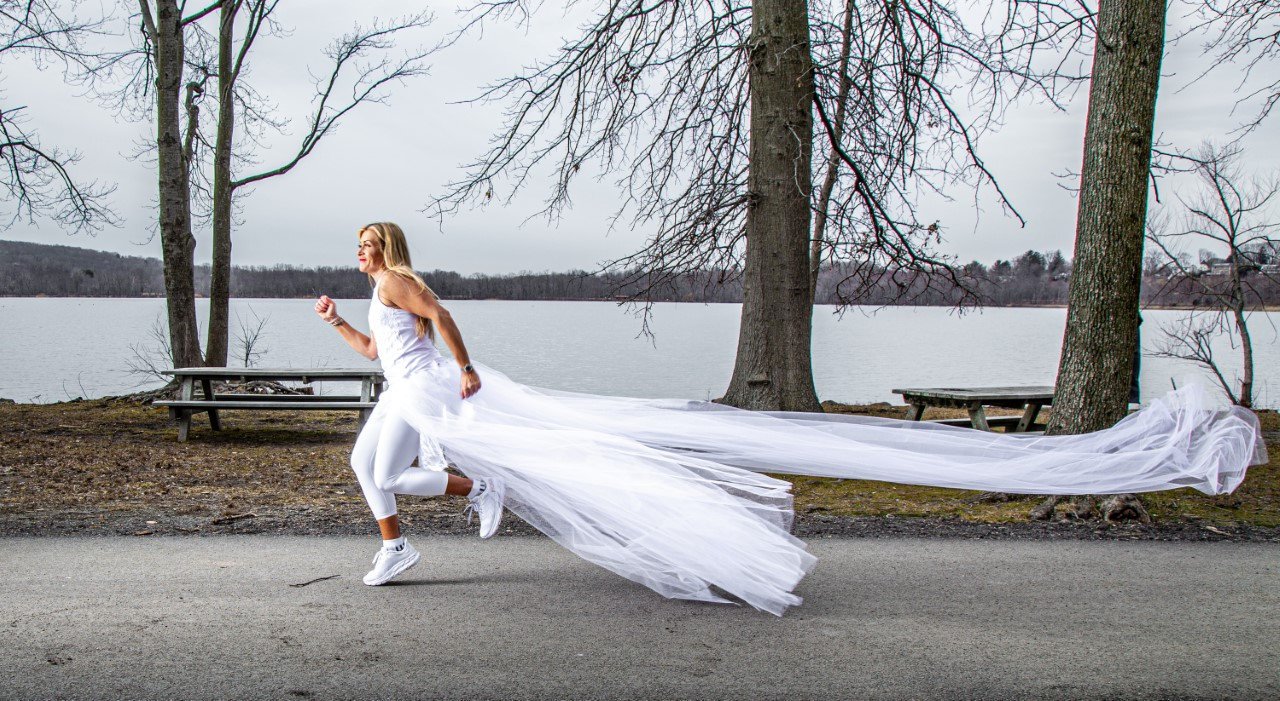 Vanessa Reiser, 47, put on the wedding dress she had planned to wear to marry her alleged abuser and laced up her trainers.

Rather than walking down the aisle, she began to run.

The psychotherapist ran 285 miles over the course of two weeks, averaging around 24 miles a day, all to raise money for domestic abuse charities and raise awareness of abuse.

Wearing her wedding dress wasn’t just to provide a dramatic visual, but to highlight ‘future-faking’ – such as proposing then threatening to leave – as a common tactic of narcissistic abusers.

Vanessa says she had been in a relationship with a narcissist and experienced love-bombing – when someone showers you with affection to distract you from their awful behaviour.

‘So many people came up to me and told me they were abused by narcissists and they never saw anybody have the courage to talk about it.

‘I feel the most empowered when I’m running.

‘Mostly victims stay silent because they live in fear of retaliation.’

If you’re admiring Vanessa’s resilience, but wondering how on earth she jogged for so long in a wedding dress, we have the answer.

While she did wear her original wedding dress, she had the wiring removed from the bodice and trimmed the hemline to allow her to move more freely.

Hotels allowed Vanessa and her support team to stay for free during her journey from Oswego to Manhattan, helping her to raise more money for charities.

She hopes to raise more money to set up a centre specifically for victims of narcissistic abuse, and do more runs in other states.

Vanessa, a life coach, said: ‘Narcissists are really good at hiding it.

‘They love bomb you: idolising you and saying you’re soul mates, then they switch to devaluing you and unkindness and disappearing. It’s a cycle.

‘Data suggests you can feel like a drug addict when they disappear.

‘Believe your friends, sisters, and daughters.

‘Believe what people tell you and hold that space open.’